Remember that unreleased game that you really wanted to play in 2022, Star Mobile? Well now you can!

The whole mini driven craze started with the first Sega Genesis and NES/Famicom mini, followed by SNES/Super Famicom mini and people were amazed by it, but…

Sony came in with PlayStation 1 mini and, things kinda went downhill from there, thankfully Sega delivered another iteration named Sega Genesis/Mega Drive Mini 2 and oh my, they should keep on doing it

This everything you get with the box: 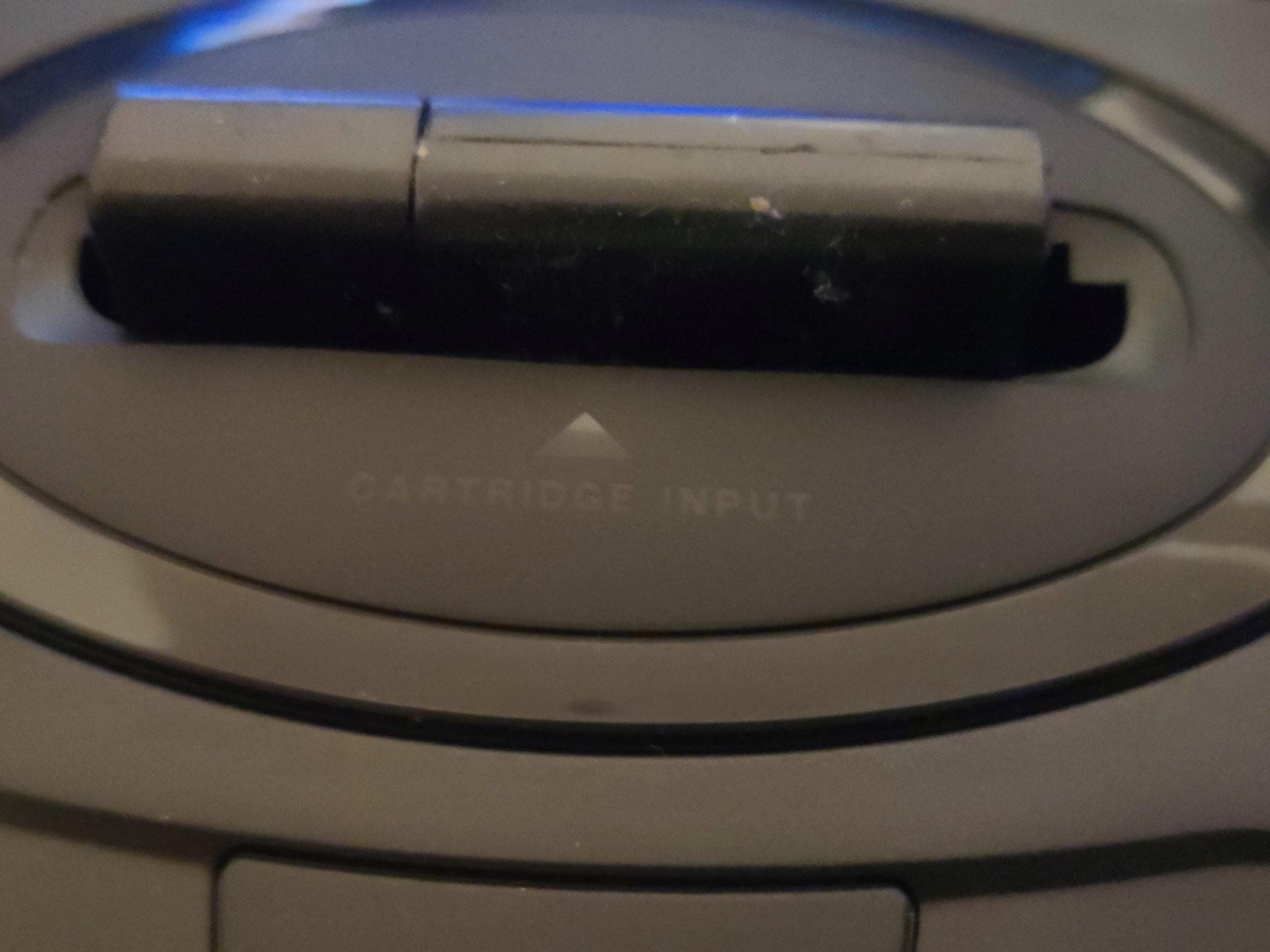 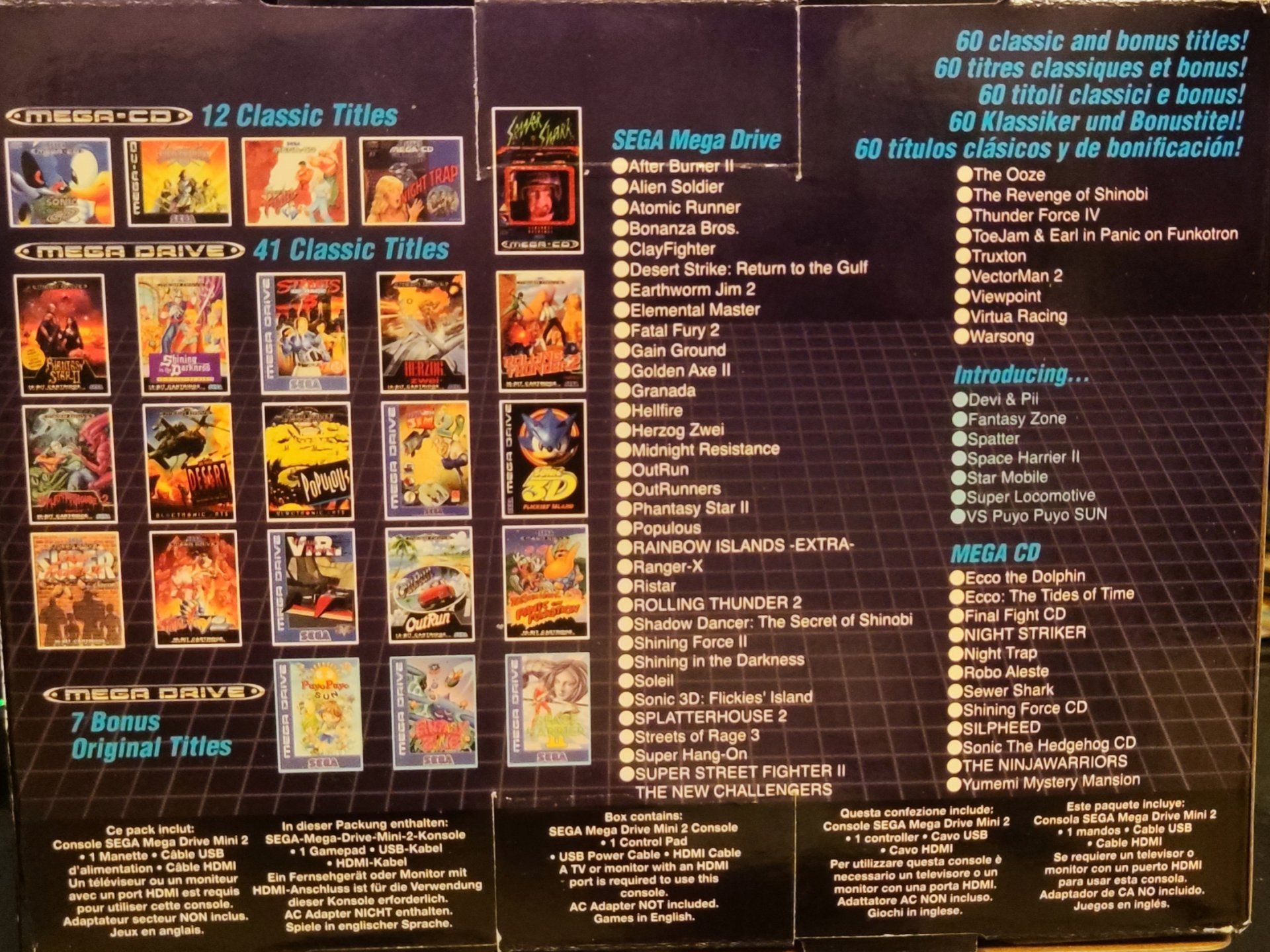 Sadly, you did read that correctly, it comes with a single controller, which works flawlessly, buttons just feel correct but would be amazing if it came with two of them, but oh well. If you have the previous mini, you can use that controller as well, so that’s some redemption

Second part I personally dislike, the US market gets a power adapter, we in the EU. nope, but it’s a standard 5v usb to micro usb, which leads me to problem, well “problem” no.3

Why micro usb in 2022? Was it that hard to put a usb C like everyone is doing right now? C’mon Sega, don’t do me dirty.

Aesthetically console differs from the first version, and I have to say, I’m digging the fresh new look. It’s light, and easy to carry around or store(?) Sure, maybe someone will take it to a friend for some nostalgic gaming 🙂

The Sega Genesis Mini 2 has a simplistic set of menus, but they are functional, especially the sorting options. You can sort games by title, release date, recently played, listing CDs first, or by the number of players (note: there are 20 multiplayer games on offer in the Mini 2, with support for up to two people).

The options menu is slim, but these are the options:

A toggle for full screen support or the proper aspect ratio (4:3)
Nine wallpapers
Classic or new sound effects
The ability to toggle the display to look like a bookshelf of game cases, or the traditional game box images
Support for up to eight languages
Four save slots per game

That’s kinda all there is to it.

When playing a game, you can press the “mode” button on the top right of the controller, which will bring up the save/load and “return to title” menu. That button is extremely convenient and not in the way at all, so you won’t accidentally press it, and the menus are responsive.

Here’s the full list of games in the Sega Genesis Mini 2:

So, you’re wondering, why list both? Well, you have all the above, regardless of where you bought it. How? Simple, just switch your language to Japanese and viola, you have it all.

Interestingly, a few marquee games have been tweaked, which is something I want to see more in Mini releases. Phantasy Star II has the option to speed up movement and contains an easy mode exclusive to the Mini 2. OutRun has new music, and Rainbow Islands Extra has additional content via the titular “extra mode”, which was previously exclusive to Japan.

If you’re the person that’s into retro Sega games, or you know someone who is one of them, this is probably the best present you can give them this year. Just scroll through the list of games Phantasy Star II, After Burner II, The Revenge of Shinobi, and OutRun and The Ooze, I never thought I would be playing that in 2022.

P.S. You can also mod it, but that’s a whole different story

If you want one, you can find them on Amazon, since it’s their exclusive, or if you’re lucky, directly from Sega.com