So far, we’ve mostly covered various ATX units… So, let’s change things up a bit and cover something smaller. With a density of almost 1000w per liter, the SX1000 is impressive on its own already, but how does it hold up? Let’s have a look at this 230 USD SFX-L PSU!

The SX1000’s cables are shorter than you usually find with ATX PSUs, but this makes sense. The unit is meant for smaller formfactor cases, which can make it challenging to manage away the cable length you normally find with ATX PSUs. I had no issue with the length in my Alta G1M, as seen in our review of the case.

Otherwise, the unit features two EPS cables and 3 PCIe cables, making it able to support high end systems. The only thing I would’ve liked to see are individual 8 pin PCIe cables instead of using two on a single cable. However, this makes it hard to connect more than one GPU to the SX1000, so I do understand Silverstone’s choice here.

The cables are using 16 AWG wires, something that should be expected at 1000w, but is not a given. Very nice to see! 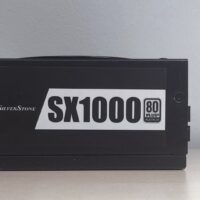 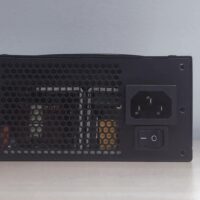 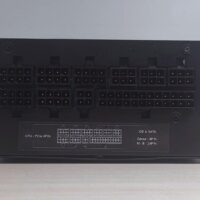 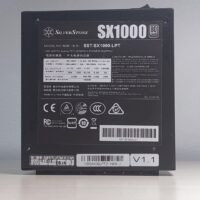 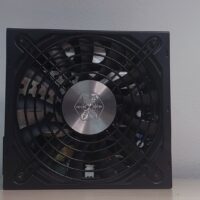 Ah, good ol’ hexagons, little restriction on the intake with a metal frame… Perfect. The housing has a simple, but effective look. No unnecessary restrictions, no overly fancy top grill. Everything to like so far.

The unit is so small, it can be held in one hand… though it’s a bit heavy to hold that way. I honestly have nothing to complain here… Even though I destroyed two of the screws on the side of the unit to get it open. But this isn’t something I should complain about, people shouldn’t open their own units. Let me be the idiot to do that. Speaking of opening units, let’s go to look at the protections of the SX1000.

The OTP of the SX1000 is likely integrated into the protection IC, but has been tough to see functioning. My own OTP testing hasn’t matured enough yet to use for this review, and in Aris’ review the OTP didn’t trigger. I do hope to be able to follow this up and show results down the line. Otherwise, everything we should expect here is integrated into the protection IC (WT752RA) and DC-DC controller (UP3861P). 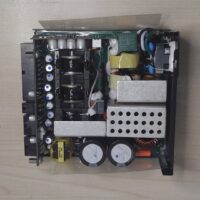 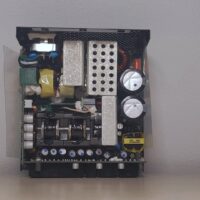 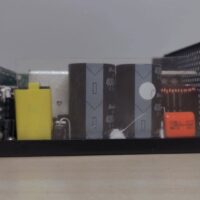 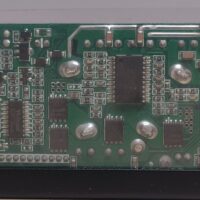 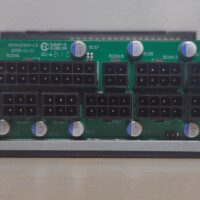 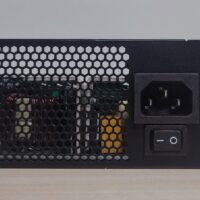 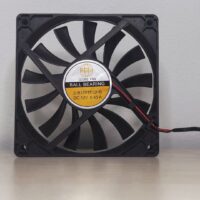 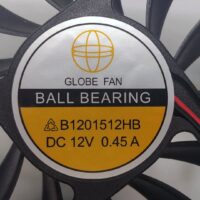 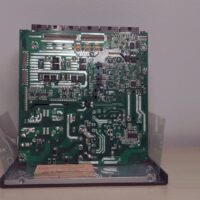 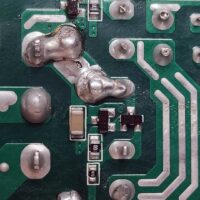 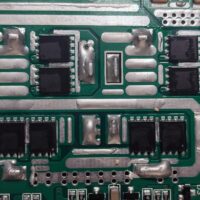 The SX1000 is made by Enhance, a manufacturer best known for working with the likes of Thermaltake, Lian Li and Cooler Master, but also have a long track record with Silverstone. They focus on server-oriented PSUs and mainly produce midrange and higher end platforms.

Enhance has always had an interesting style of making heatsinks. Especially in older high-power units like the #1300GT (Zalman Acrux, SS Strider Platinum PT, TT Toughpower Grand Platinum =>1000W, Gigabyte XP-M 1200, TT TP Grand Plat FM), they chose to use massive, distinctive heatsinks to cool the unit. Here too we can see quite the interesting heatsink style used on the unit.

The fan used is a Globe Fan B1201512HB, a slim double ball bearing fan. With the height limitations SFX-L gets you into, manufacturers often have a hard time with bigger parts like the bulk capacitors. That’s why Silverstone solved part of this with using a 15mm thick fan. instead of a 25mm fan like usual. The Double ball bearing makes the SX1000 a bit louder than most other units with either a FDB or rifle bearing fans, but offers a higher lifespan.

Moving to the main capacitors, we see two Rubycon capacitors. It’s odd to see 85C capacitors used in a unit like this, they should have a high enough capacity to hold up (pun intended) to the ATX specification and leave an offline UPS to get a battery backup running before the unit shuts down on power loss. It would also be nice to see 420V rated capacitors being used, but considering the production date is slightly older and there’s a shortage of these going on, this is not something I’ll complain too much about for now.

The APFC FETs are two high-end MOSFETs by Infineon combined with a boost diode from USCi. A powerful setup, as should be expected at this price.

For the main FETs, we see something interesting. While it’s expected of a higher wattage unit to have this in a full bridge, it’s rare to see this in compact units like this. But here we are, with a beautiful set of 4 Toshiba FETs.

Even more impressive is that Enhance was able to put two main transformers in parallel. This is again something that is often found in high wattage units, but is hard to do at this power density.

The unit uses high-quality parts that are expected at this price and wattage, but in an incredibly compact setup.

The following results are by third party PSU lab Cybenetics. The results shown are based off the SX1000 Platinum report published on 14-04-2021.

The SX1000 is a very interesting unit, especially considering there’s nothing like it on the market right now. It has an incredible power density, an open design, high quality parts and small case-friendly cables that supports most high-end hardware. It truly is a foot of engineering.

However, we are unable to verify the unit’s OTP, which isn’t a huge concern with the high reliability of the fan, but is and should be considered the norm today. Some of the electrical performance has room for improvement and the fan kicks in aggressively with the high density of parts.

If you do need a high density 1000w unit, the SX1000 is your only option right now, and a solid one at that. But with competition from Cooler Master coming in with a 1100w and 1300w unit, this can get interesting.

For our alternatives we chose to compare it to compact ATX units and 750/850w SFX units below. 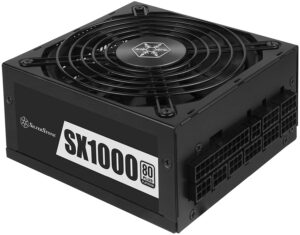 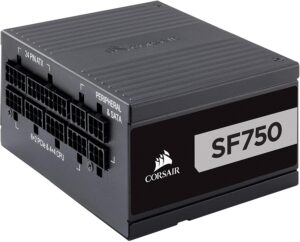 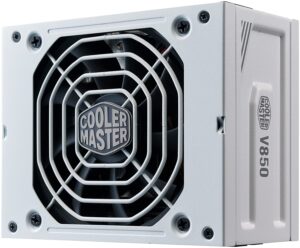 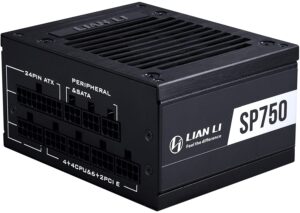 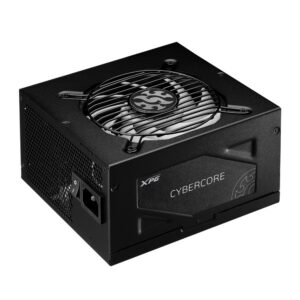 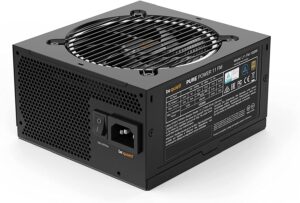 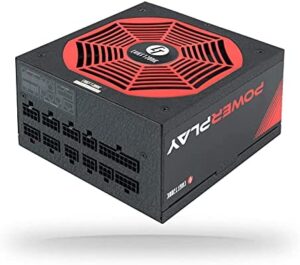 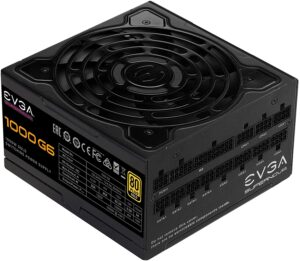