I found out about the VELOCIFIRE company from a friend who had bought it and claimed it utilized Gateron switches. Now, this may seem pretty normal; appallingly so, until you see the price tag. Frankly, I was shocked to hear that the M2 was able to be priced at $24.99 USD while utilizing a hot-swap PCB and having similar specifications to the popular Royal Kludge RK61.

Intrigued by these specifications and price, I folded and ended up buying it alongside the M1, a non-hot-swap variant.

Surprisingly, the M2 does come with true Gateron switches (red or brown) whereas the M1 comes with Jixian switches.

The M1 (and M2) model comes in a very generic 60% configuration with basic ABS keycaps. This isn’t much of a surprise considering its $21 USD price tag. Although nothing is said about the lettering on the keycaps themselves, it is assumed to be laser engraved (which as Luke has previously pointed out, may fade with time).

This configuration is often found in budget keyboards such as the well-known Royal Kludge RK61 or the EPOMAKER SK61.

In the generic brown box, we find a manual, USB-C to USB-A cable, keycap puller, and the keyboard itself. 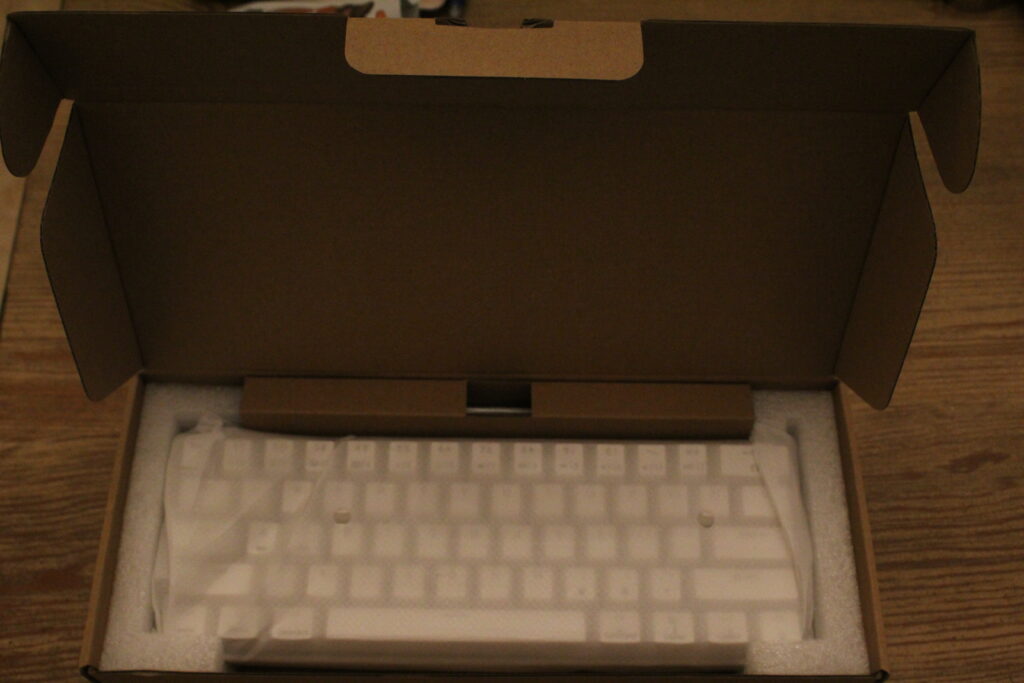 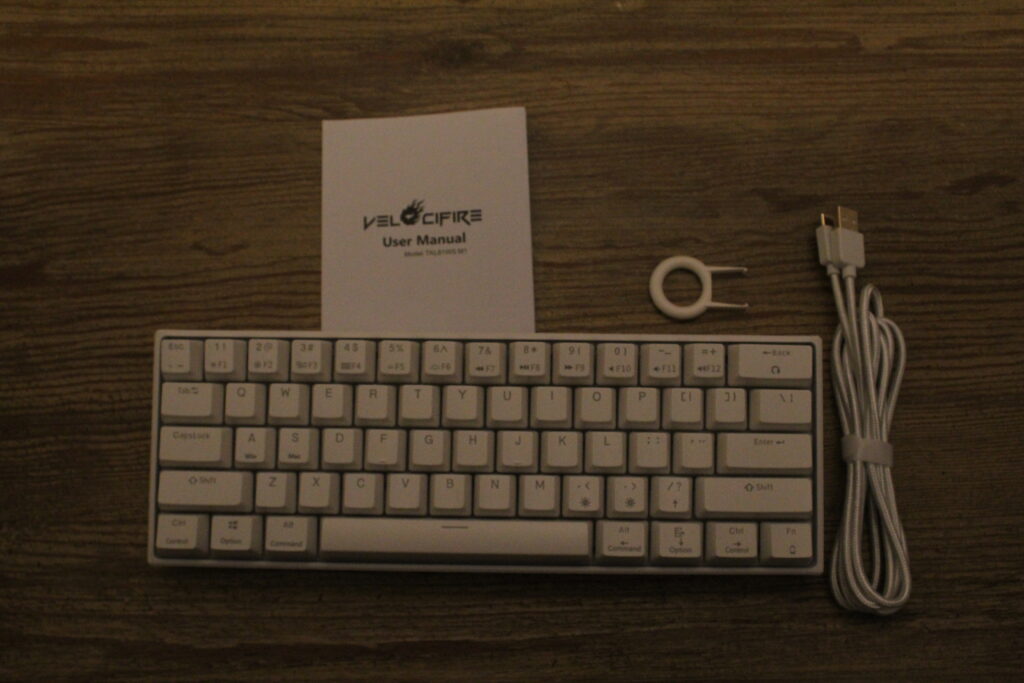 The case of the M1 is truly nothing special. It is fully plastic and partly obscures access to the bottom keycaps. To remove the plate and PCB, there were a total of 9 screws to be removed and the plate and PCB will fall out. Although this is a simple removal procedure, do be cautious about the way you attempt to remove them as the battery, which is taped to the bottom of the case, will inevitably follow. There is a chance of accidentally snapping the battery cable in this process.

The USB-C port at the rear of the case is easily accessible by almost all cables and allows for easy interchange of cables. The case also does not feature any type of height adjustment. 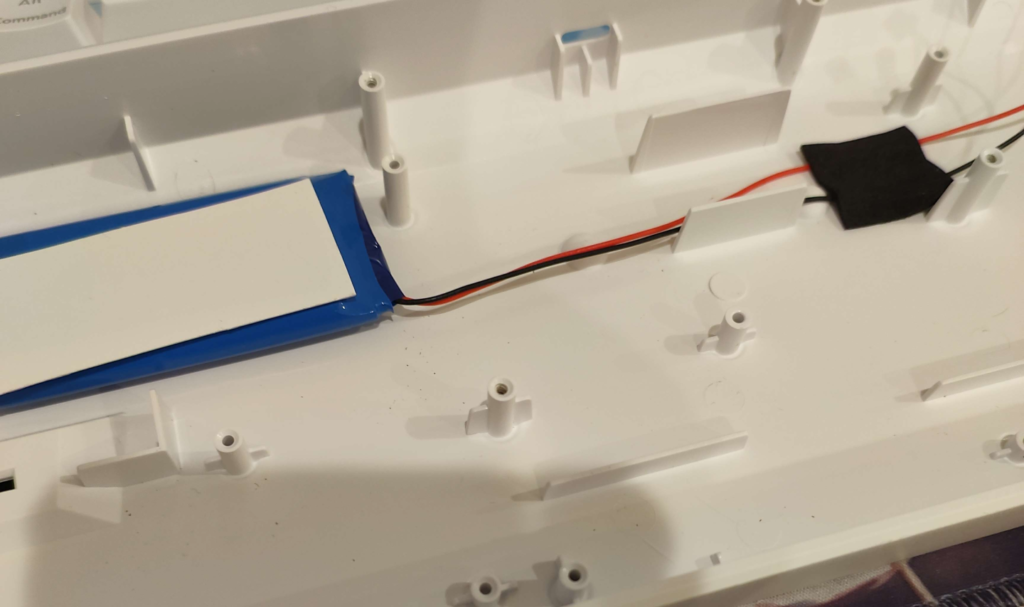 In terms of switches, the Velocifire truly went for the bare minimum in regard to the M1. The company opted for Jixian switches. Jixian, similar to Outemu, is a low budget switch company. Jixian is also known to clone Cherry MX switches, just with significantly worse performance. The M1 offers a choice of Jixian brown or red switches, of which, I received the brown variant. The Jixian switches were noticeably scratchier and louder than the Gateron browns I had compared them to (on the Glorious GMMK).

If you wish to swap these switches, keep in mind, the PCB can only accept 3-pin switches rather than 5-pin switches and will require soldering. 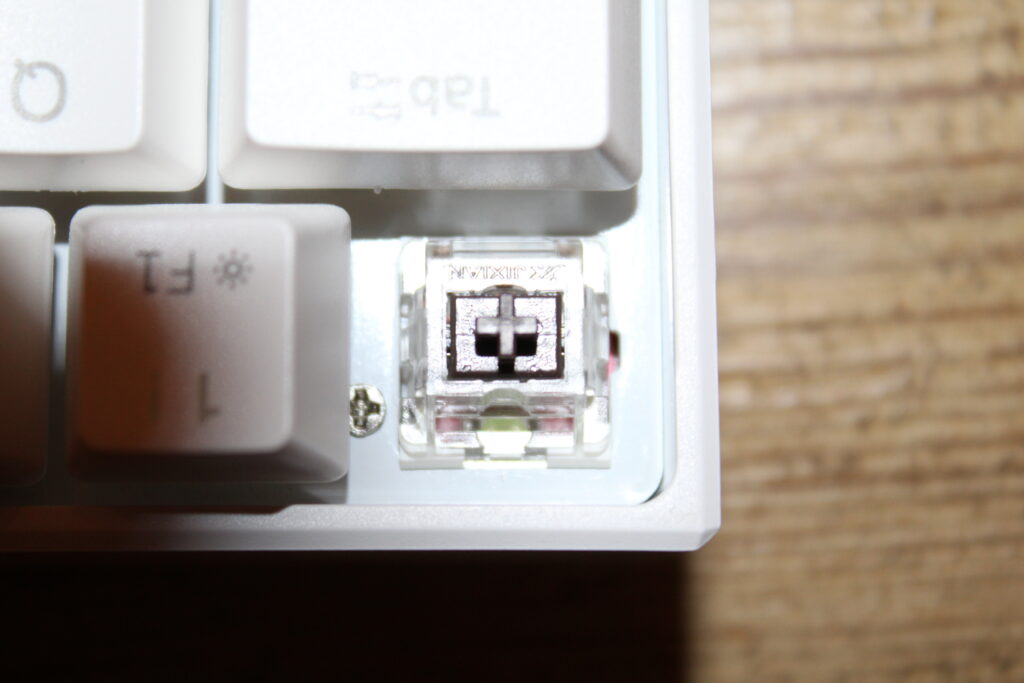 The PCB for the M1 is rather bare. My PCB was built in 2020, so your mileage may vary. The control board is soldered near the bottom of the PCB and spacebar stabilizers. The Bluetooth switch is near the caps lock switch.

Unfortunately, although the overall soldering quality is sufficient, there is leftover flux in some places, mostly pooling around the controller. Moreover, there is zero dampening on this board.

The M2 comes in the same generic brown box as the M1 and the accessories are essentially the same with the exception of a switch puller similar to that of a Glorious GMMK.

The only noticeable difference between the M1 and M2 is that the PCB of the M2 is RGB and hot-swap.

The PCB of the M2 is significantly more cluttered than the M1 due to the hotswap parts needed. Although I did not find any leftover flux on this keyboard, I did find that the backspace key’s hotswap component came to me unsoldered and with the switch jammed in.

Although this keyboard is a hotswap, it must be noted that the switch puller does not guarantee the survival of your switches (I’ve broken multiple switches as I attempted to take them out). It is recommended to invest in a better switch puller if you are interested in swapping switches. In my attempts to remove the switches, I have also dented part of the plate (as shown in the image below).

The switches themselves were significantly superior to the Jixian switches that originally came with the M1, which is to be expected considering they are from Gateron. 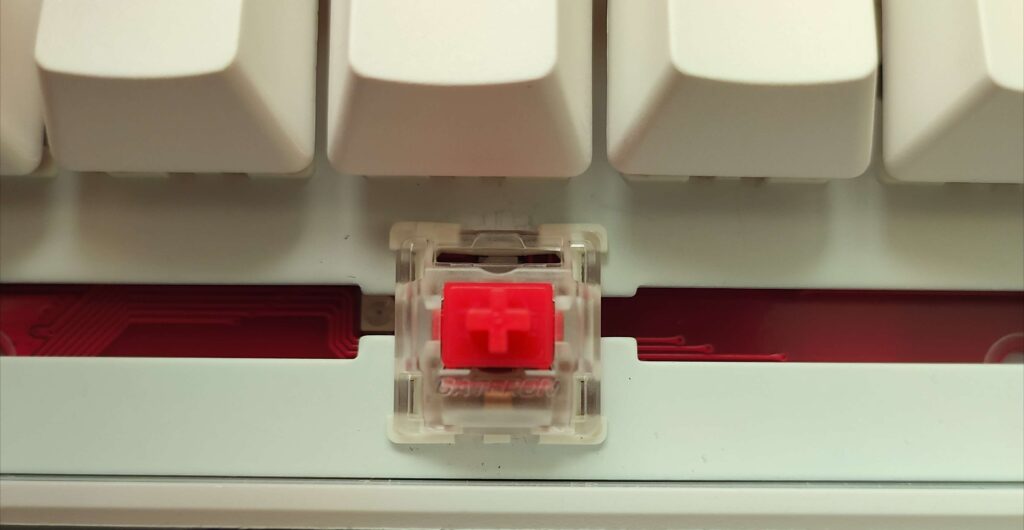 All in all, neither of the sub $30 USD options from Velocifire are bad options for a very low-budget keyboard. The pricing is still a bit hard to believe considering the cost of switches alone, however, Velocifire achieved that and I truly applaud them for that. Especially considering the Gateron switches of the M2, I would even wager that this is the only keyboard of its type in the budget.

Despite its victories, I also do believe that there are some pitfalls of the M1 and M2 that need to be addressed. Considering the price, PCB, case, battery, and plate quality were heavily neglected.  As stated previously, although the soldering overall on both products was… passable, the excess flux on the M1 and just the completely unsoldered backspace key on the M2 don’t leave a great taste in my mouth.

If you are a beginner keyboard enthusiast, I do believe that the M2 has its merits and should be considered, whereas you probably shouldn’t consider the M1 at all. The considerably insignificant price gap between both keyboards makes the M2 a clear winner regardless.

In case you are considering the M2 (or M1), below are some alternatives. 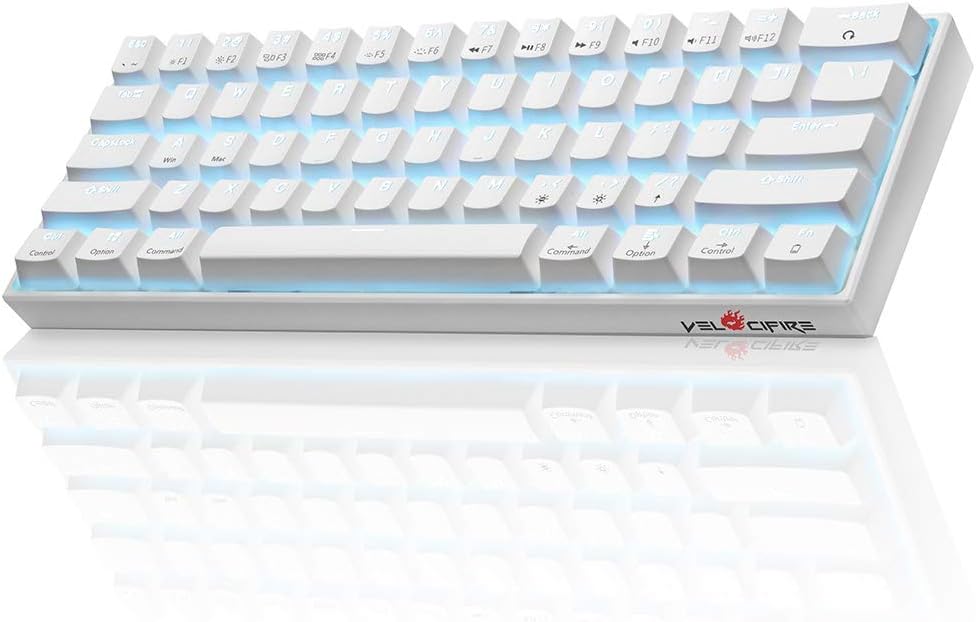 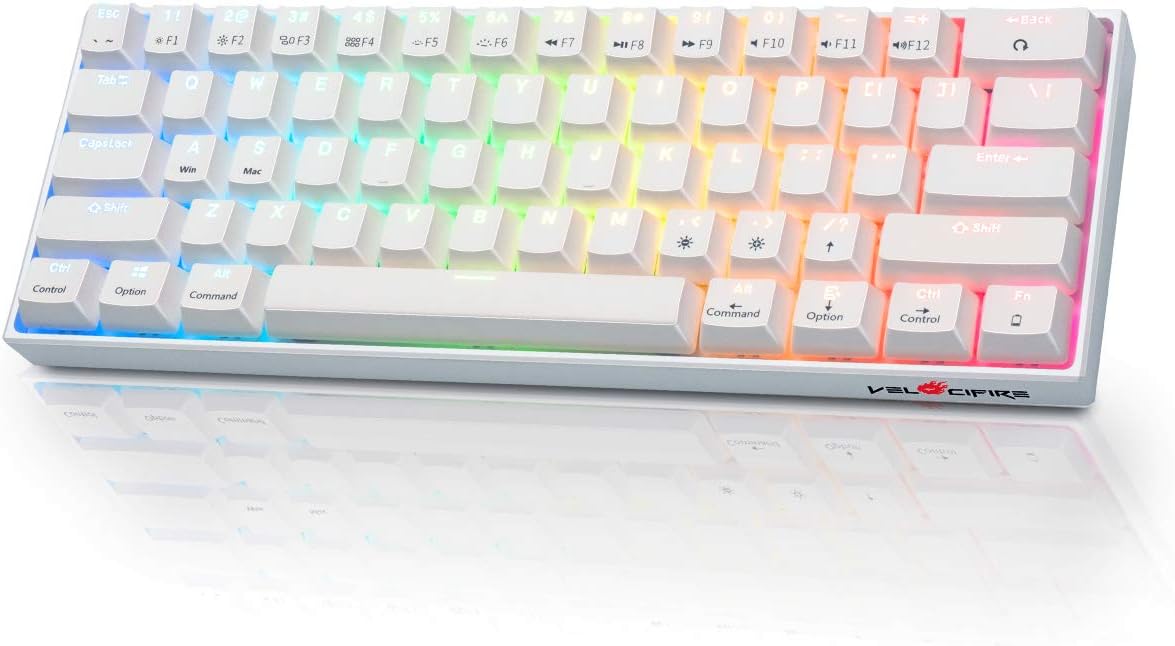 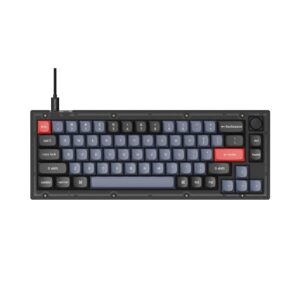 If you are interested in seeing more keyboard reviews or just hardware in general, the main site is here!