It’s that time of year again, and we at Cultist will begin our coverage of news from CES. To begin, we will start with Nvidia‘s coverage at CES.

The special address starts of with the announcement of a few upcoming games that will release with DLSS 3. Namely Witchfire, a dark fantasy roguelite FPS coming in early 2023, The Day Before, a postapocalyptic MMO survival game releasing march 1st, Warhaven, a 16 v 16 medieval team fighting game coming this year, Throne and Liberty, an upcoming MMORPG, as well as Atomic Heart, an RPG releasing February 21st.

Nvidia is upgrading their 3080 tier members to RTX 4080s Superpods. Renaming to GeForce Now Ultimate, but still priced at 20USD/Month, the pods perform at 64TFLOPs and feature full ray tracing with DLSS 3 and a Reflex 240hz mode. 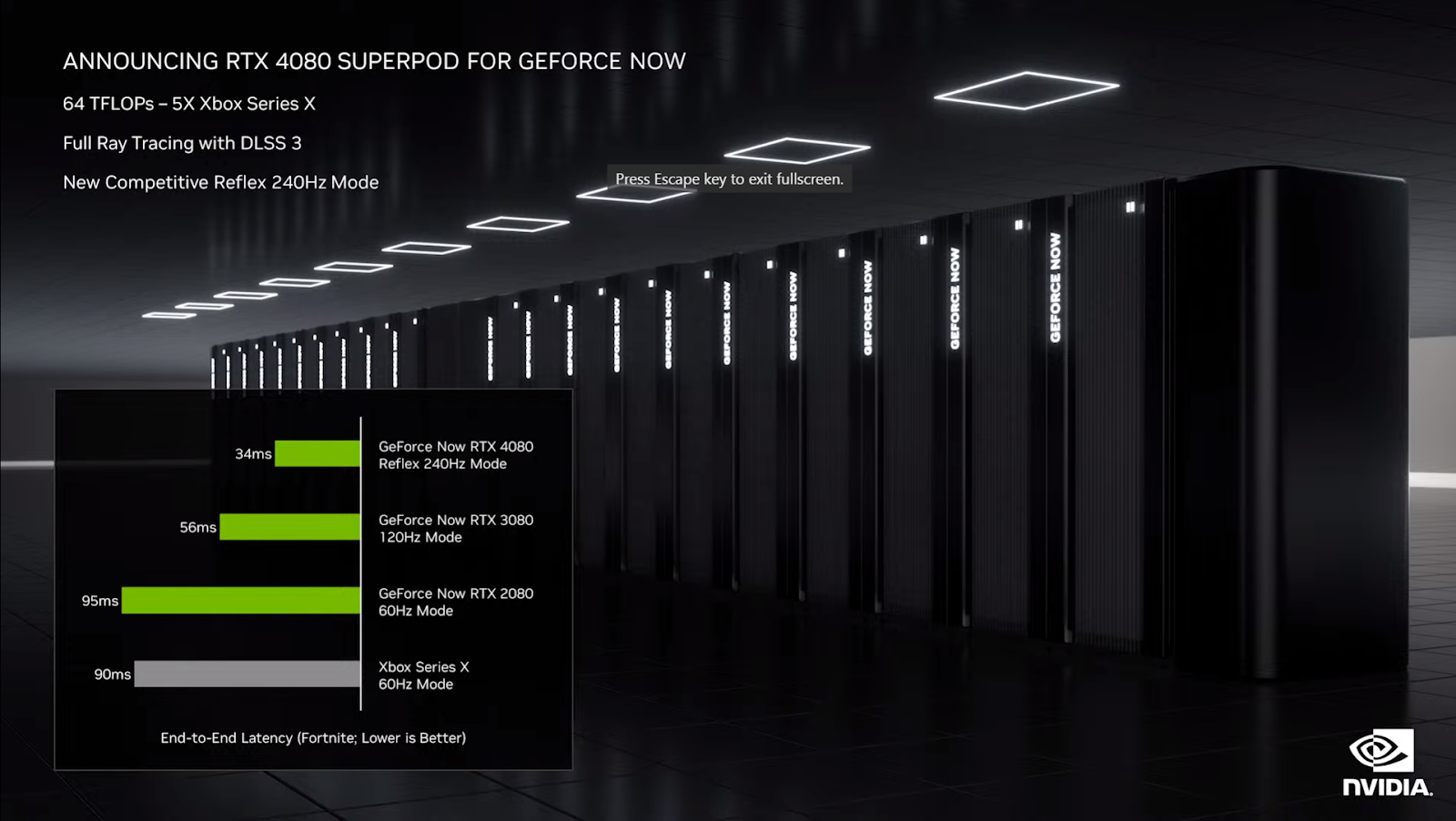 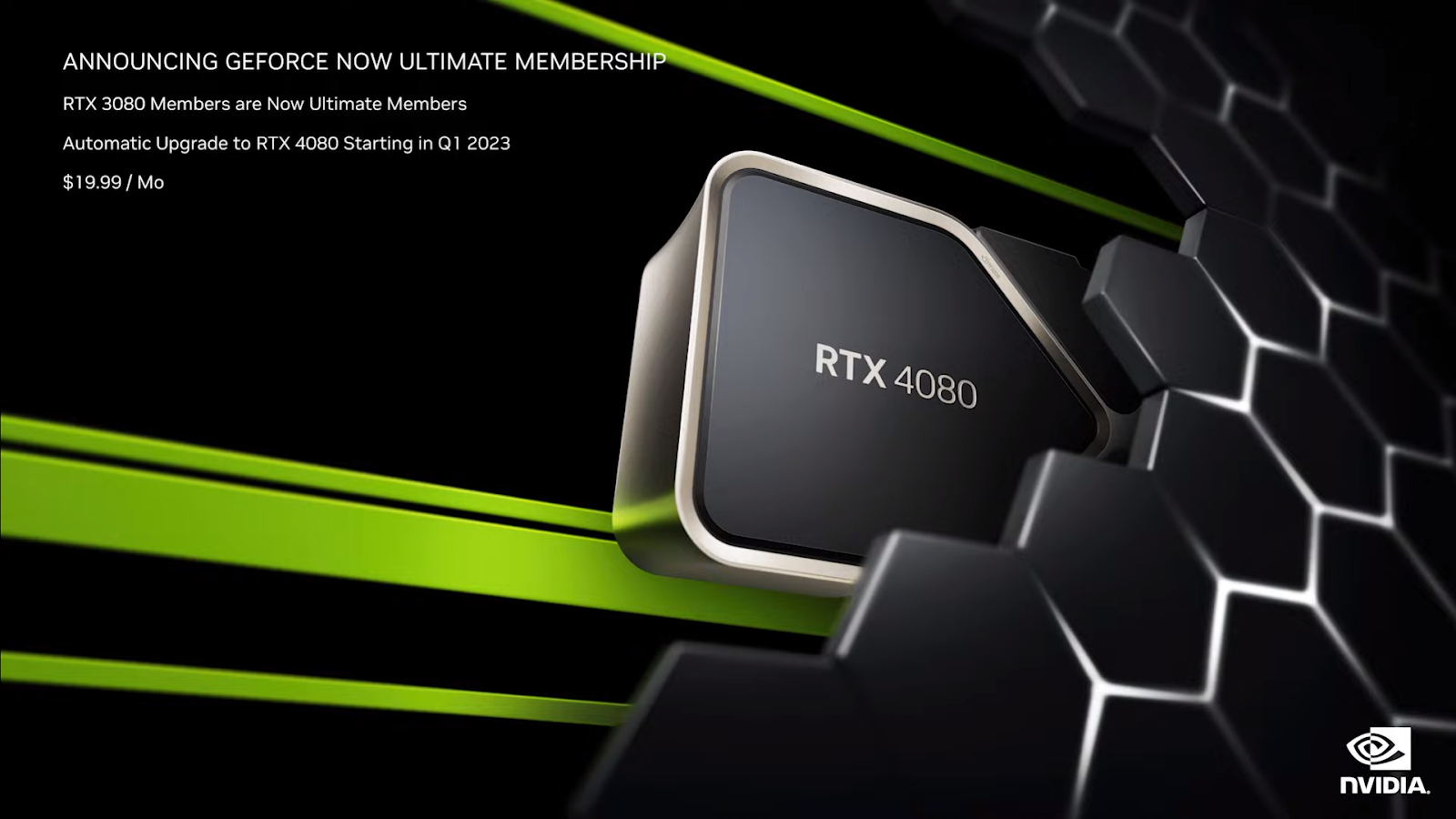 Nvidia also announced the RTX 4070 Ti at CES 2023, which is a rebrand of the unlaunched 4080 10GB. With a claimed 3 times performance uplift over the RTX 3090 Ti while using significantly less power. It will be available January 5th and start at 799USD. You can view the product page here. 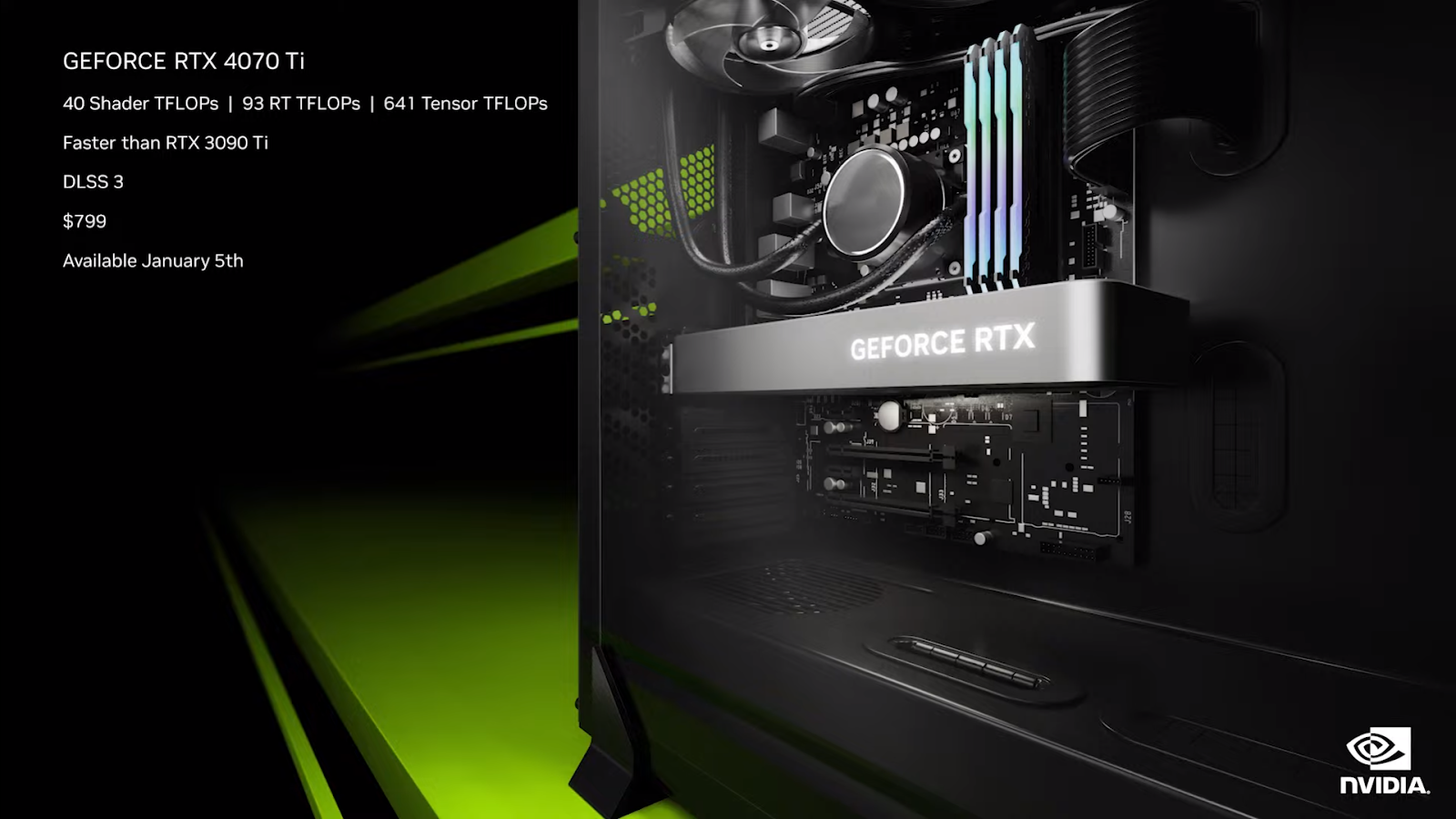 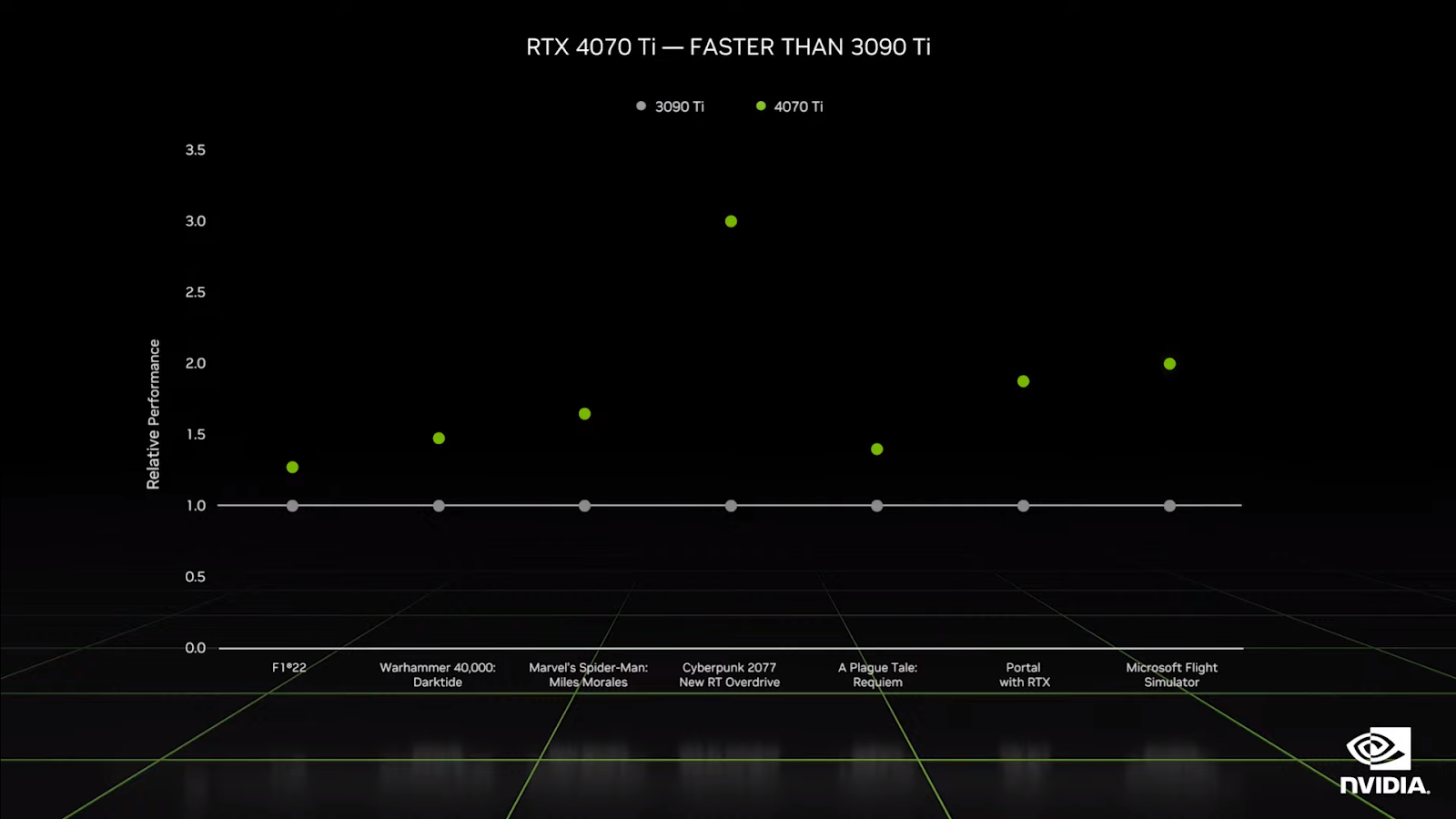 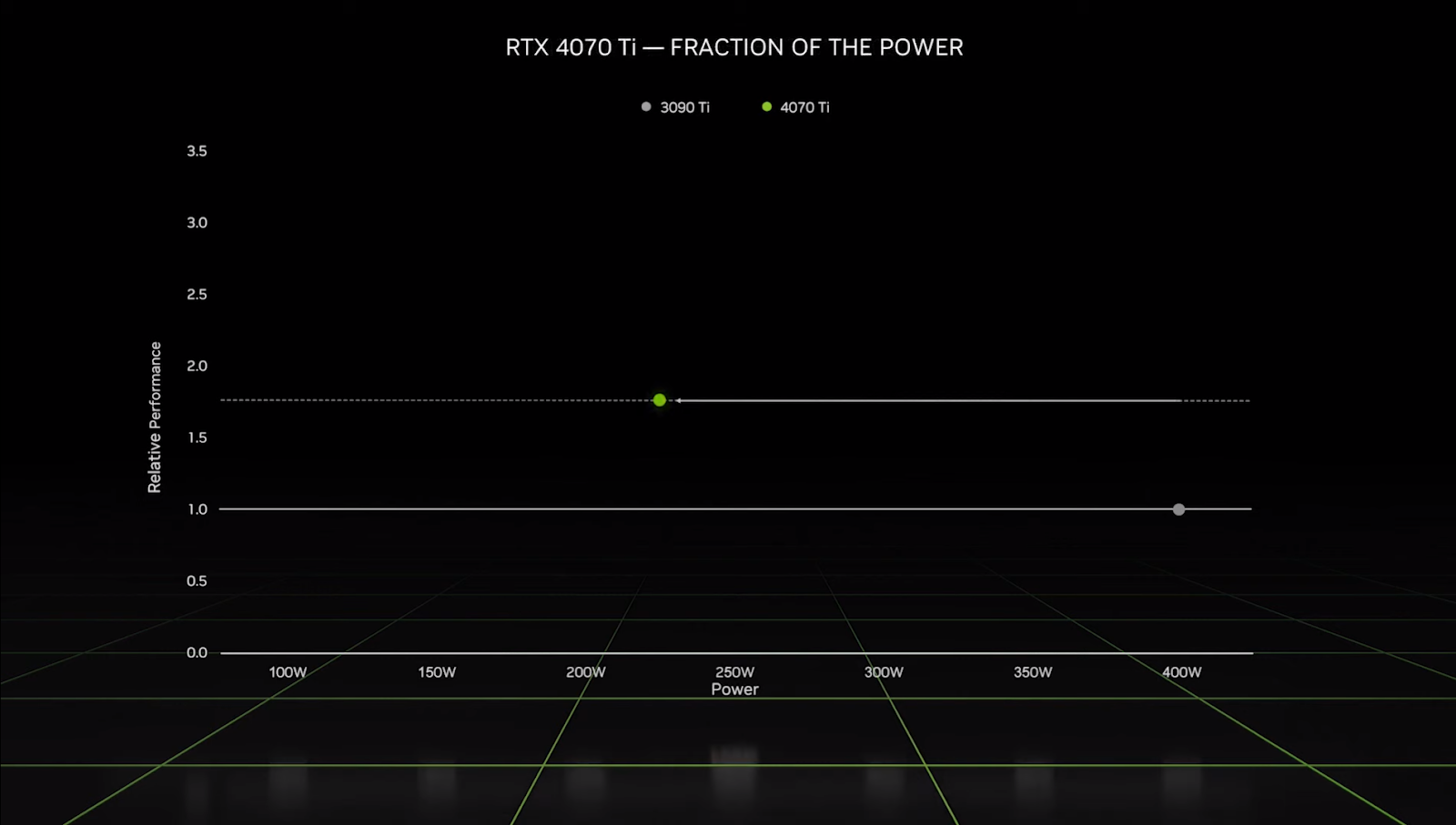 Ada Lovelace’s efficiency improvements have opened the possibility for a different dimension of performance in mobile devices. To add onto this advantage, Nvidia has worked on a fifth generation of the Max-Q design, adding DLSS 3, ultra low voltage GDDR6, tri speed memory control, high efficiency on chip memory and low voltage power states to the featureset. 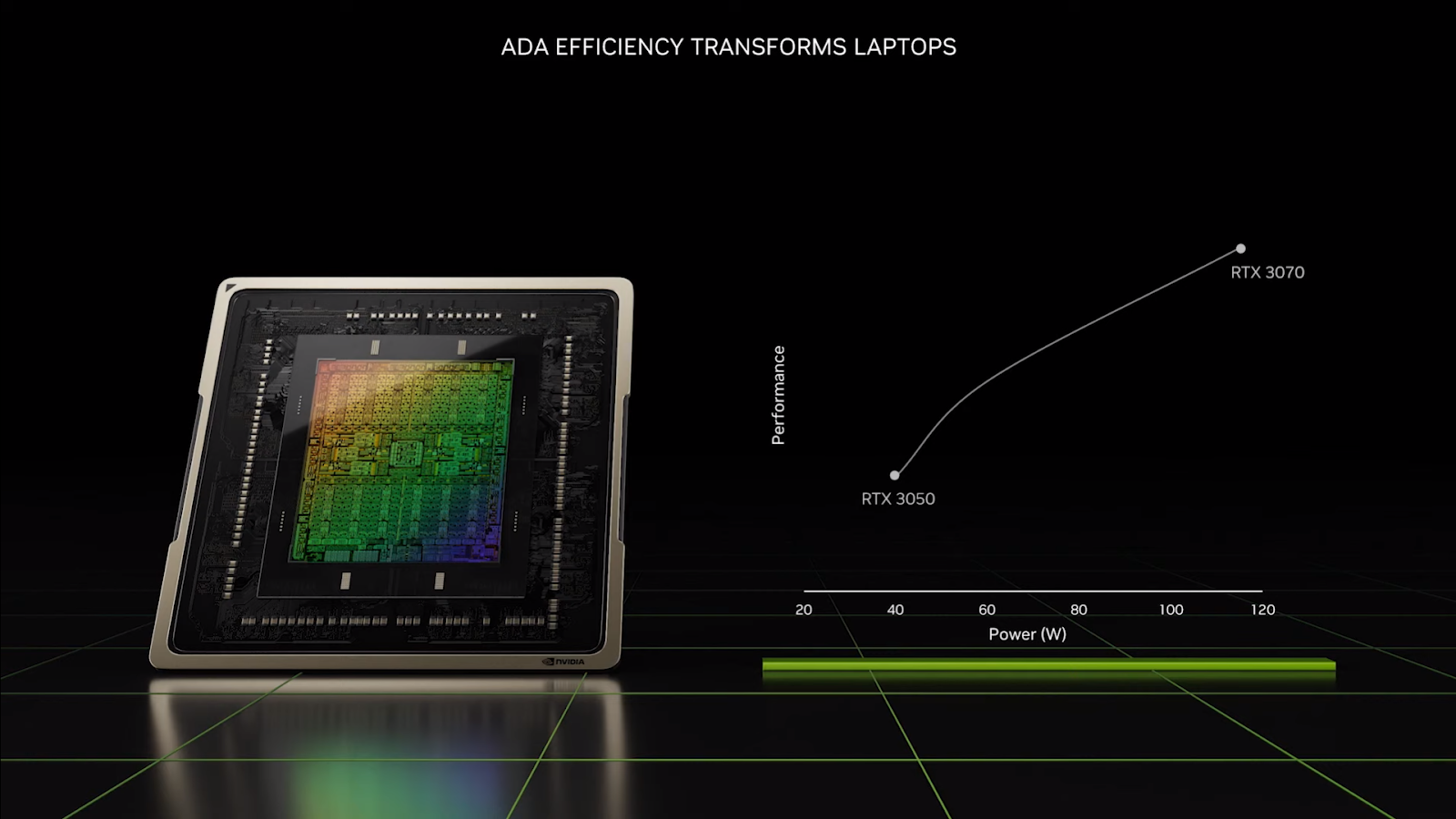 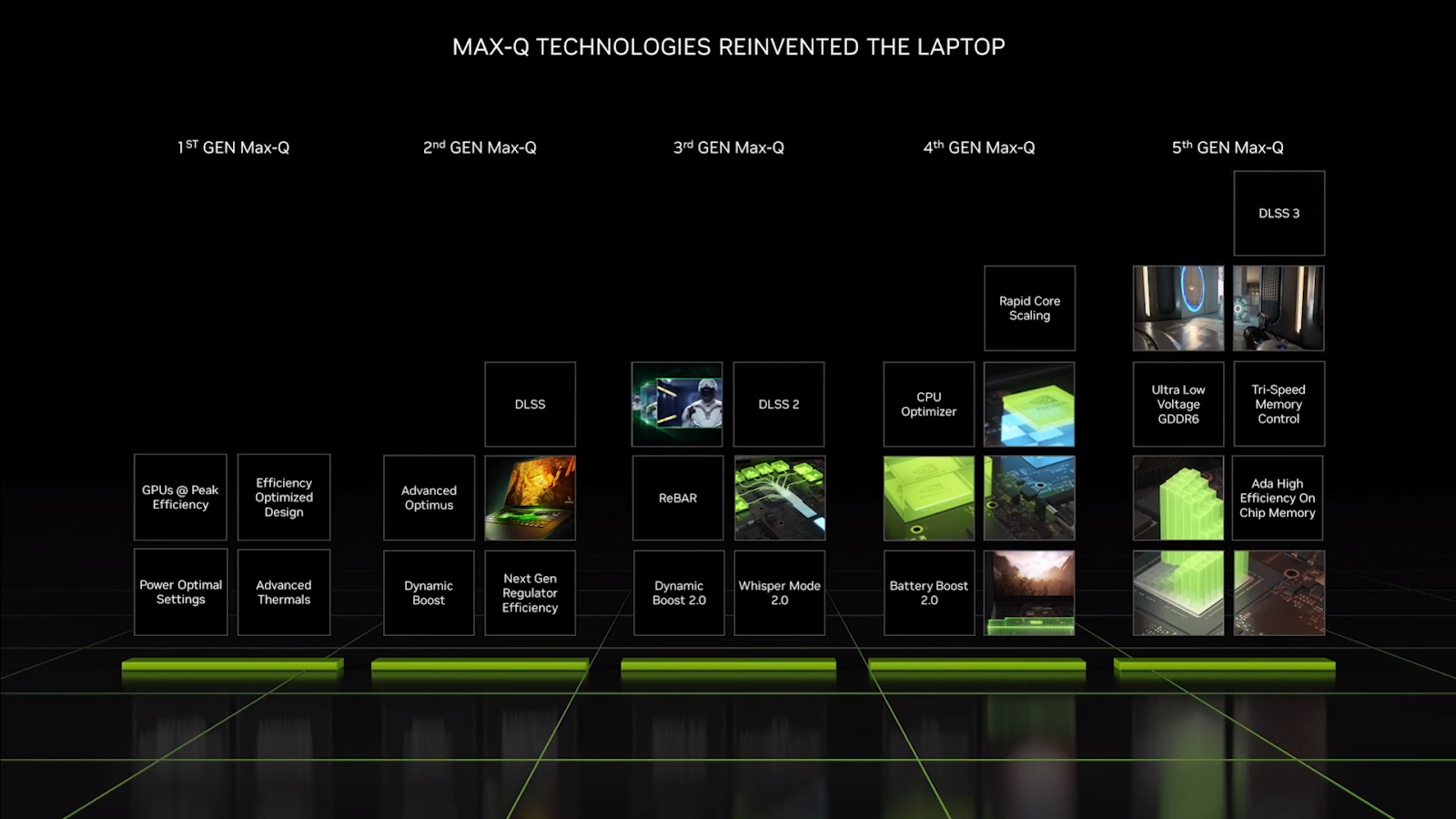 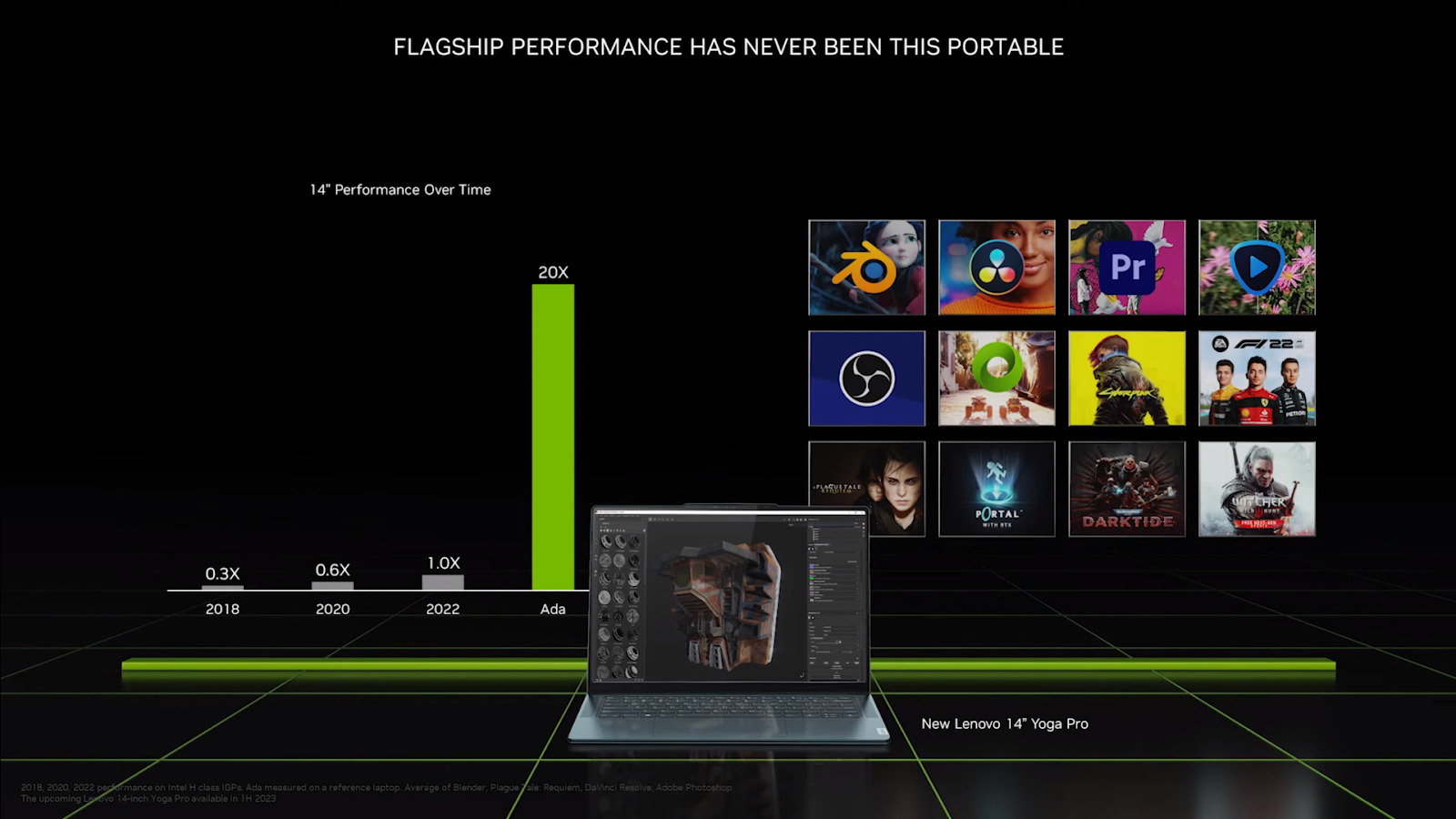 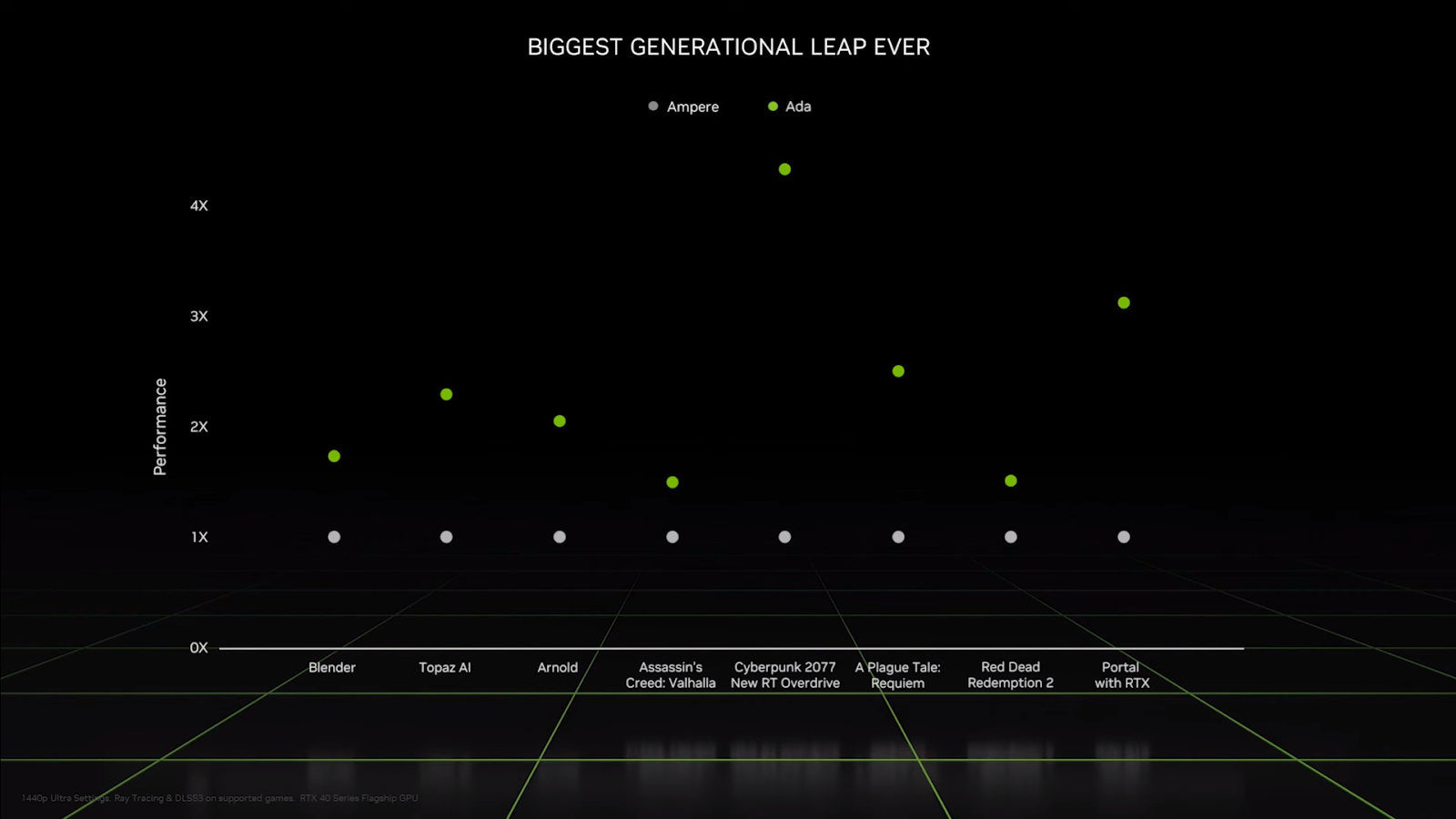 Nvidia combines all of that with OEMs to release laptops featuring the 40 series of GPUs. With options from a RTX 4050 to a RTX 4070, they bring stable gaming and productivity performance starting at 999USD available from february 22nd. 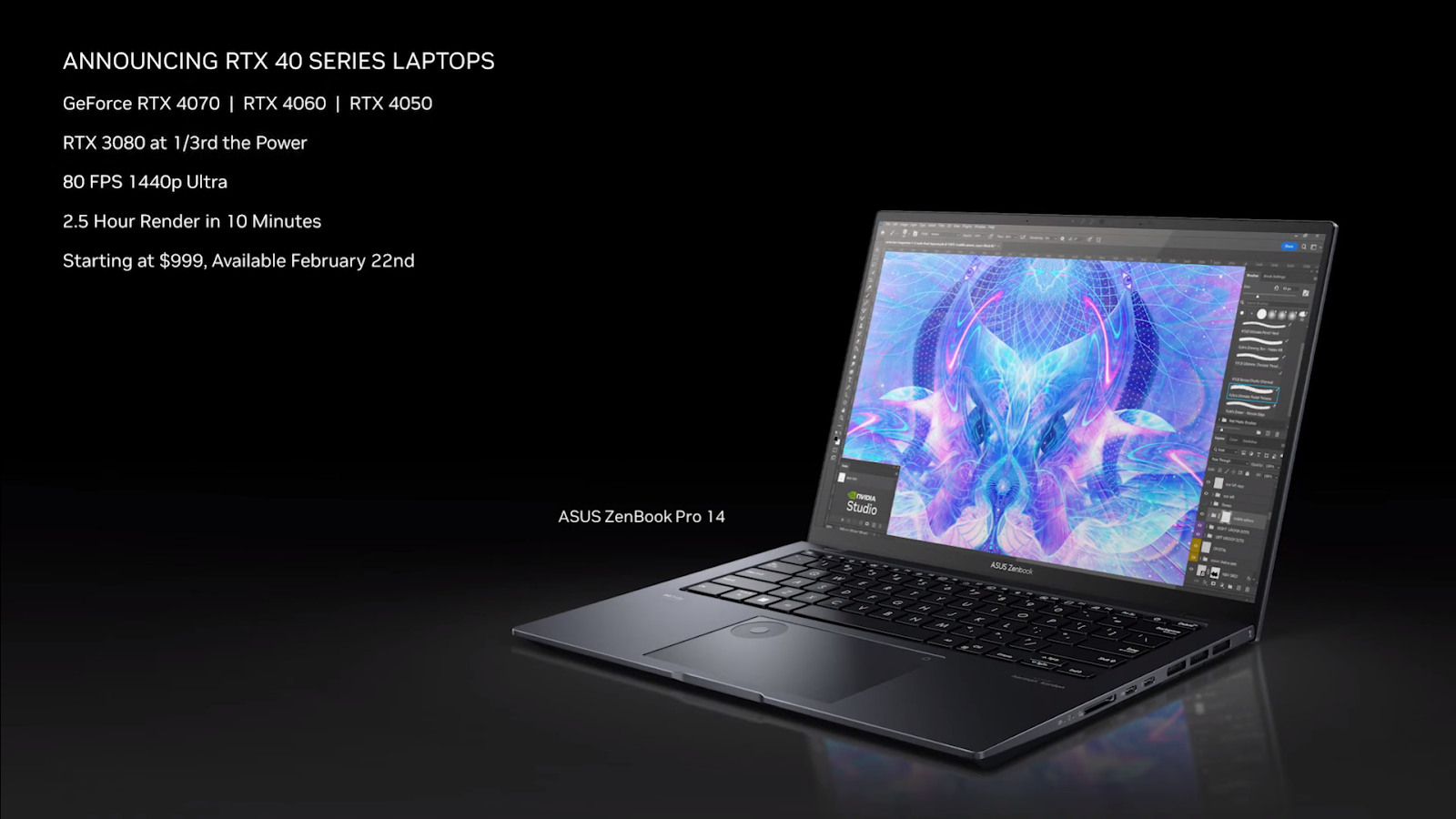 Not leaving out those in need of high-performance, Nvidia is also bringing their flagship RTX 4080 and RTX 4090 to laptops. Ready for 4K gaming across multiple monitors or 3d creation, these will start at 1999USD, available february 8th. 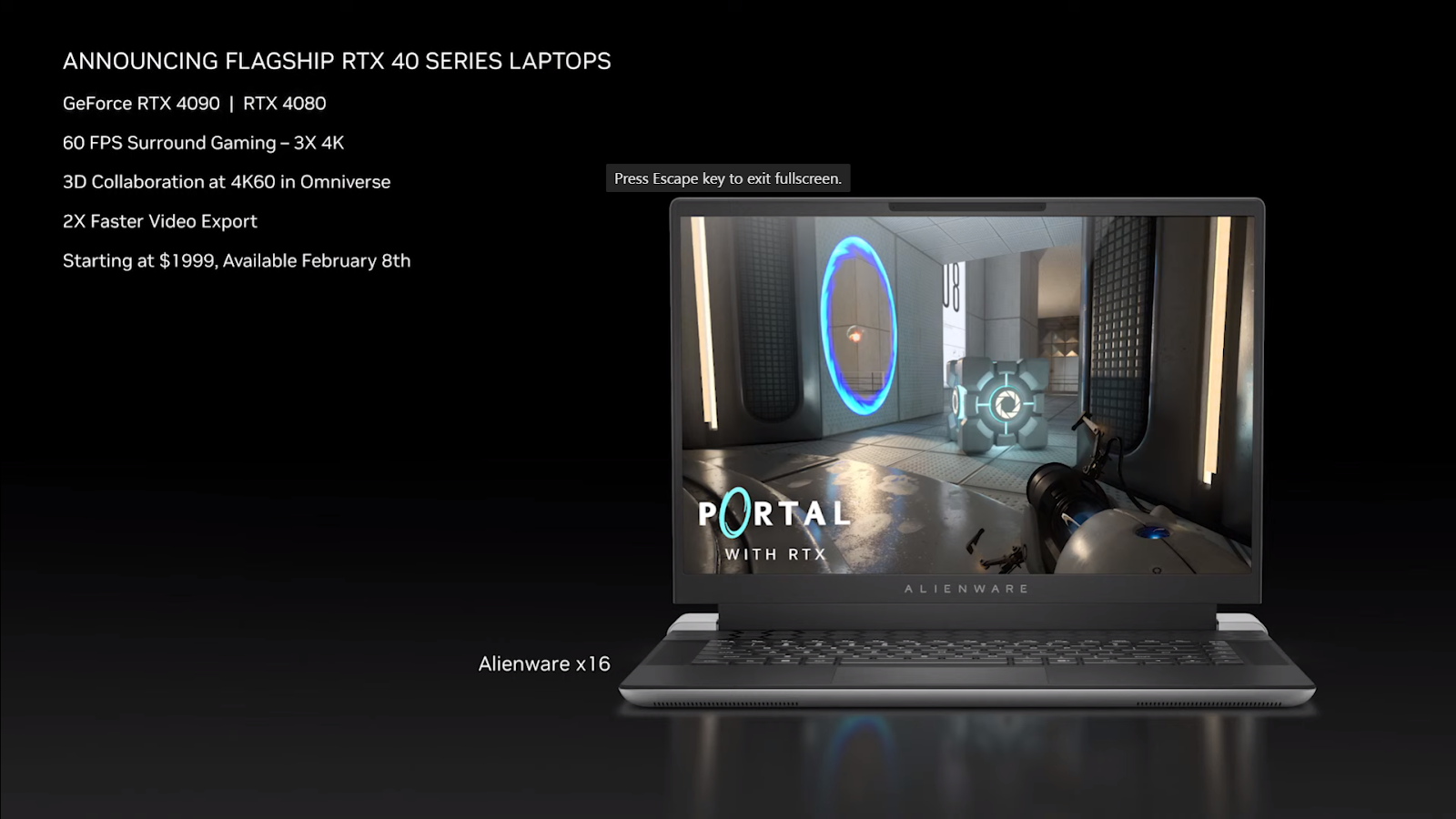 Lastly for consumer news, Nvidia is expanding it’s omniverse offerings with a variety of new tools. To support you in your creative endeavors, AI tools are now in beta, while RTX Remix will enter early access soon. Nvidia canvas is also adding support to turn sketches into 3D renders and using the computational power of 30 and 40 series cards, videos in Chrome and Edge will soon be able to be upscaled to 4k. 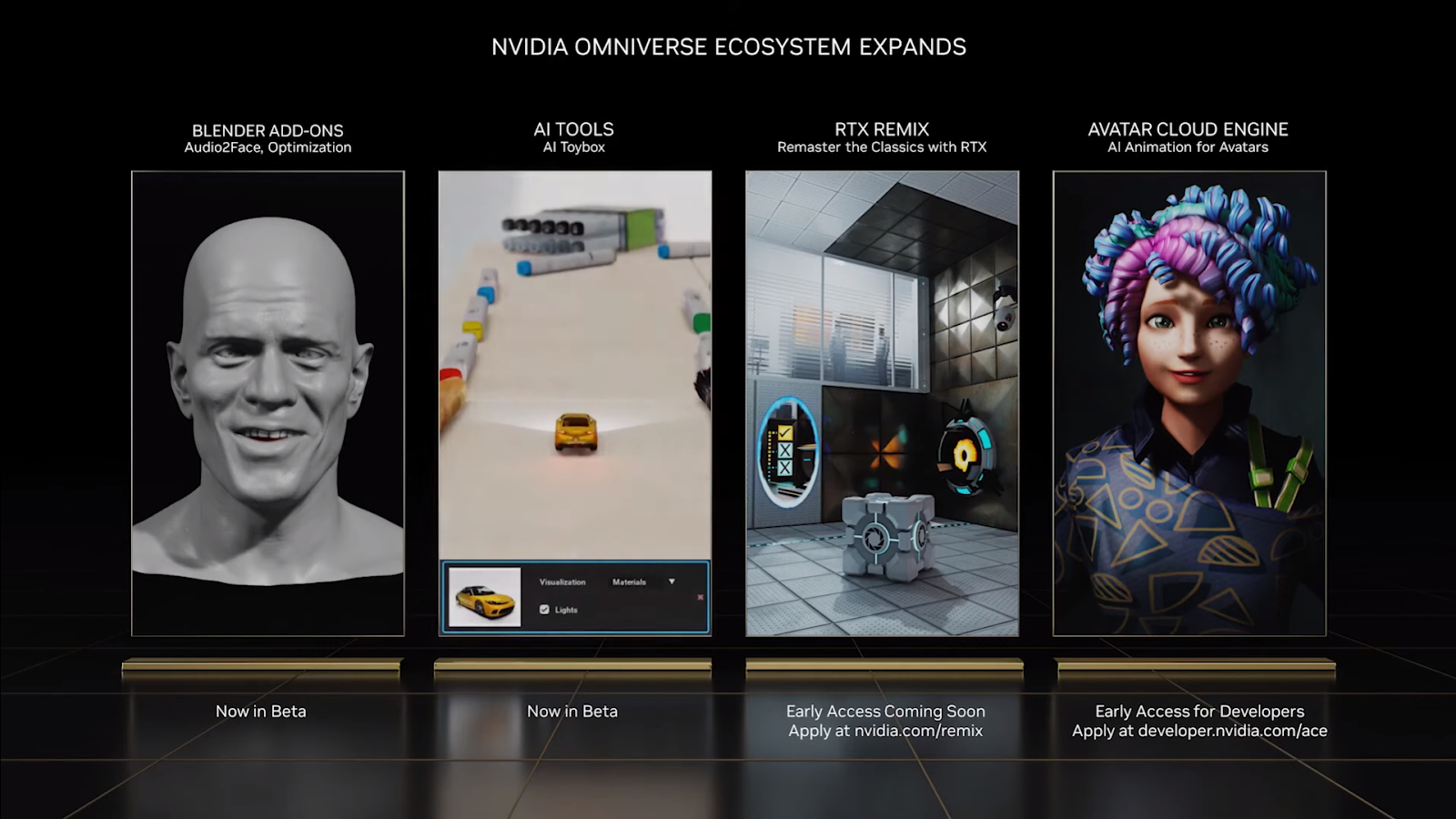 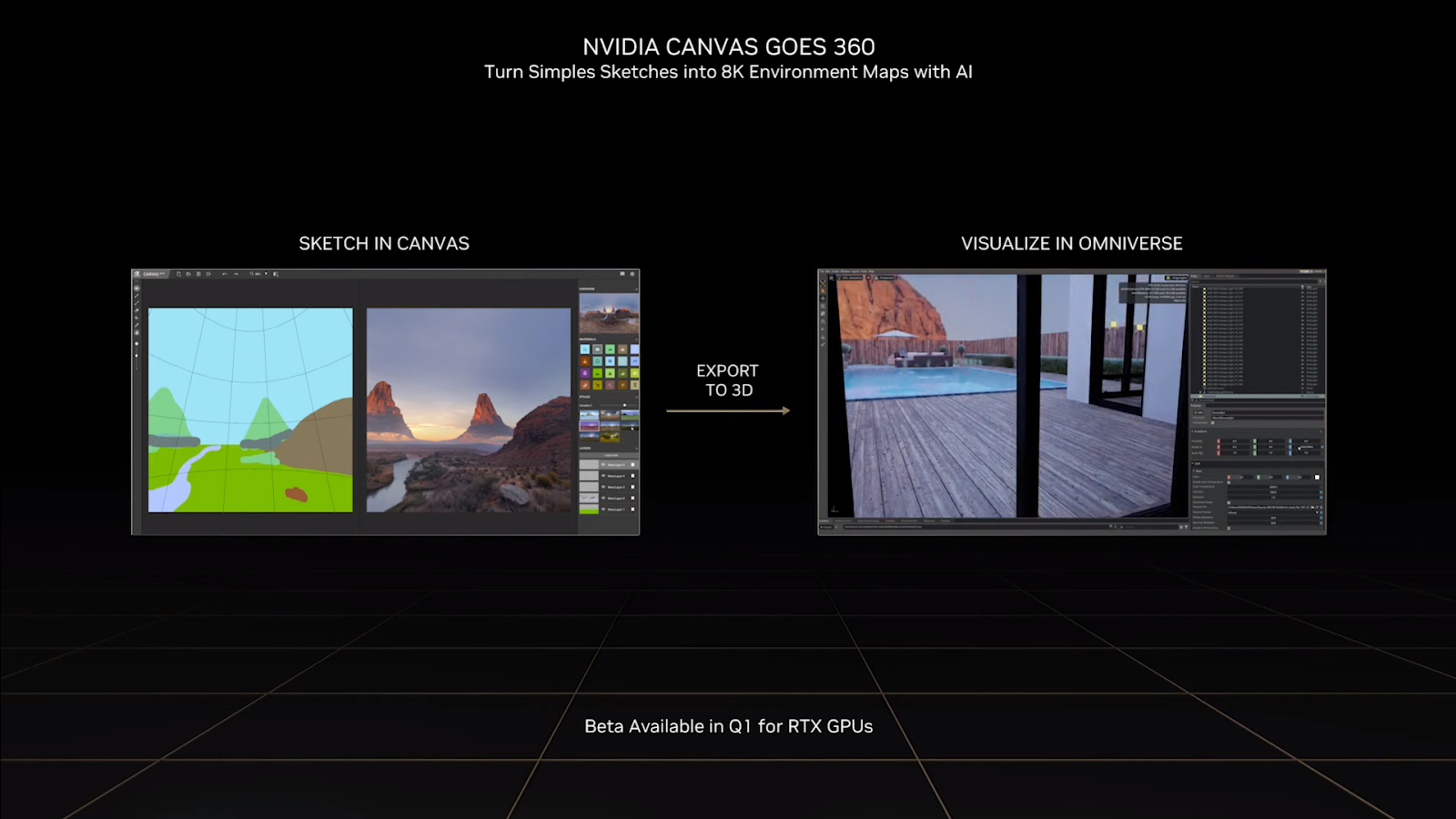 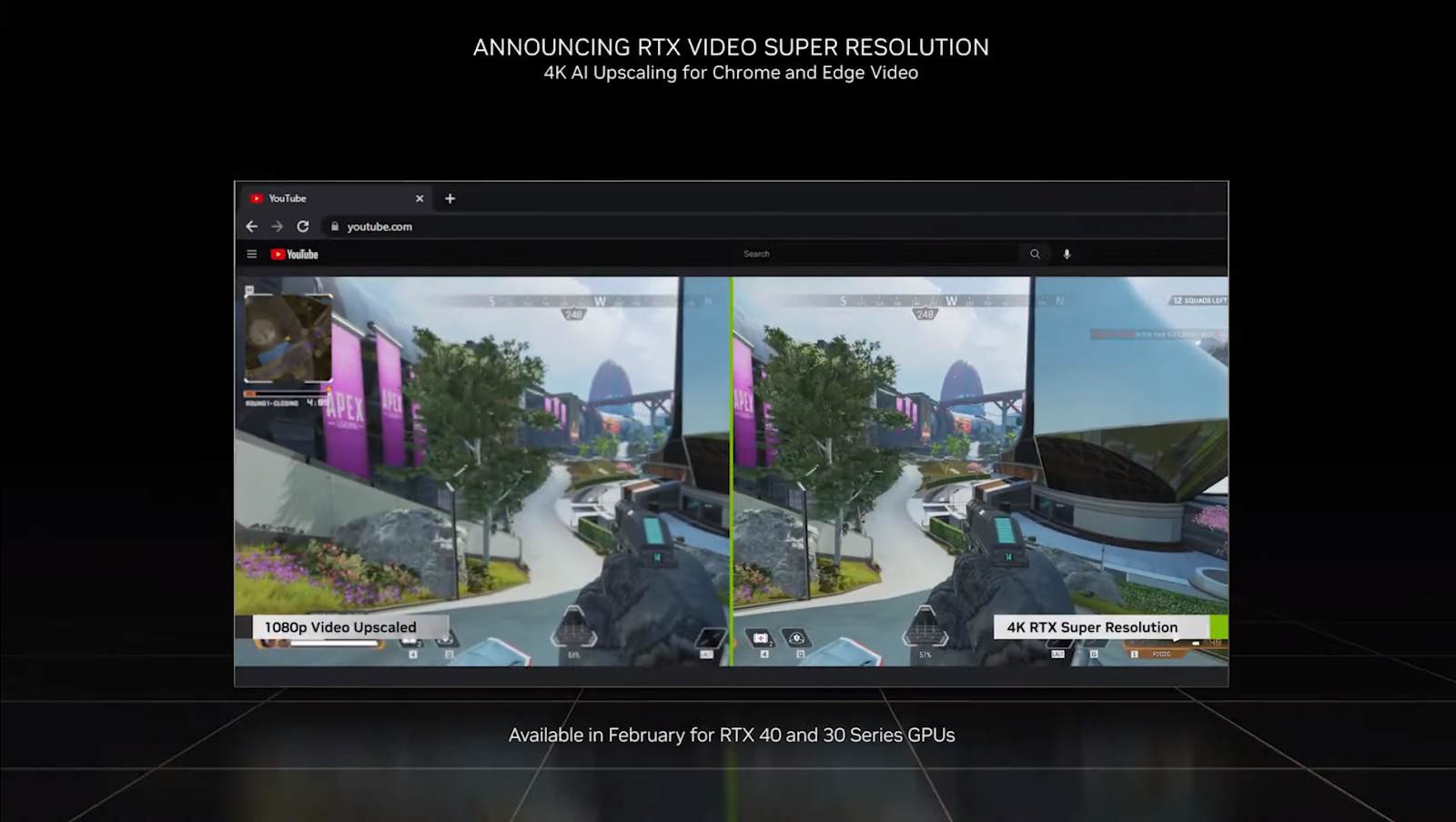