MSI to release the Z690 GODLIKE to complete its Z690 lineup

MSI did not reveal the entirety of their Z690 motherboards at once. According to WCCFtech, the Z690 GODLIKE is the biggest and most powerful board of the Z690 platform so far. Judging by the PCB picture that we have, it is packed with features and aimed at the extreme enthusiast crowd. 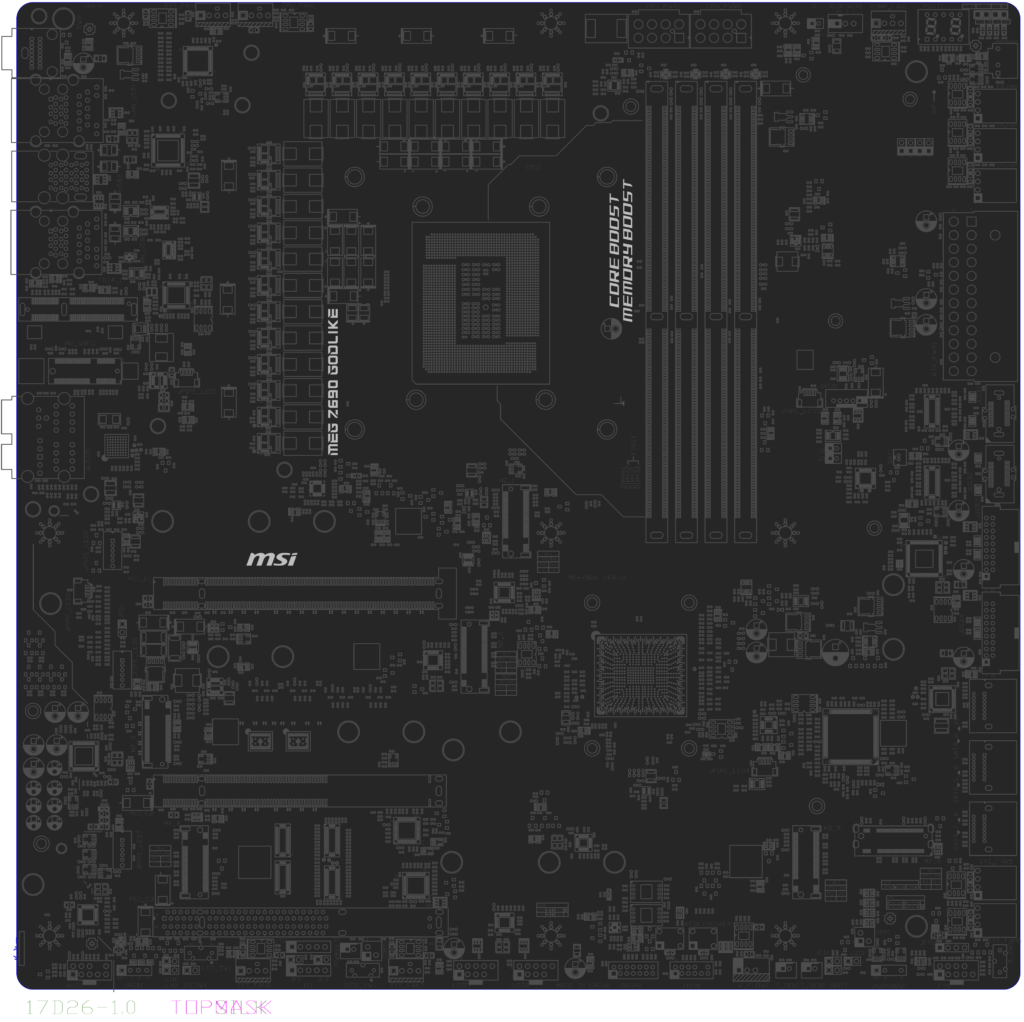 The board features an impressive 22 power stage Vcore vrm design and 4 slots of ddr5 memory that apparently support up to 128gb with speed over 6666+ mhz. For expension slots we find a PCIE x16 gen 5 and 2 PCIE x8, one being gen 5 and the other gen 4. There are a whopping 6 m.2 slots present in total with 2 from the CPU (one PCIE gen 5 and one PCIE gen 4) and 4 from the chipset (1 PCIE gen 3 and the rest PCIE gen 4). We can see various overclocking features present like a post code, 2 JLN jumpers presumably for LN2 overclocking, a JSLOW jumper, a bios switch, and voltage read points.

MSI included 2 8pin CPU power connectors, 8 fan headers, and various RGB and ARGB headers for those into that.

The board is “E-ATX” with dimensions of 305x310mm, which is much closer from the SSIEEB form factor than the traditional ATX we see. So be careful when planning a build with it. Interestingly enough, most if not all the connectors on the right side are at a 90° angle. This could mean MSI is planning a plastic cover on the board.

There is no price or release date known at the time of writing.