This article includes data provided to us by HardwareBusters. You can watch their original video below.

Recently, Intel released their 12th generation series under the code name Alder Lake or ADL for short. The new series is meant to compete against AMD’s Ryzen 5000 lineup.

The major difference compared to last generation is that Alder Lake is produced on the “Intel 7” process node. This is a 10nm node offering similar transistor density to Samsung and TSMC’s 7nm process.

The CPU also utilizes two types of cores. Intel refers to these as Performance or “P” cores and Efficient or “E” cores, commonly referred to as big.LITTLE by others. 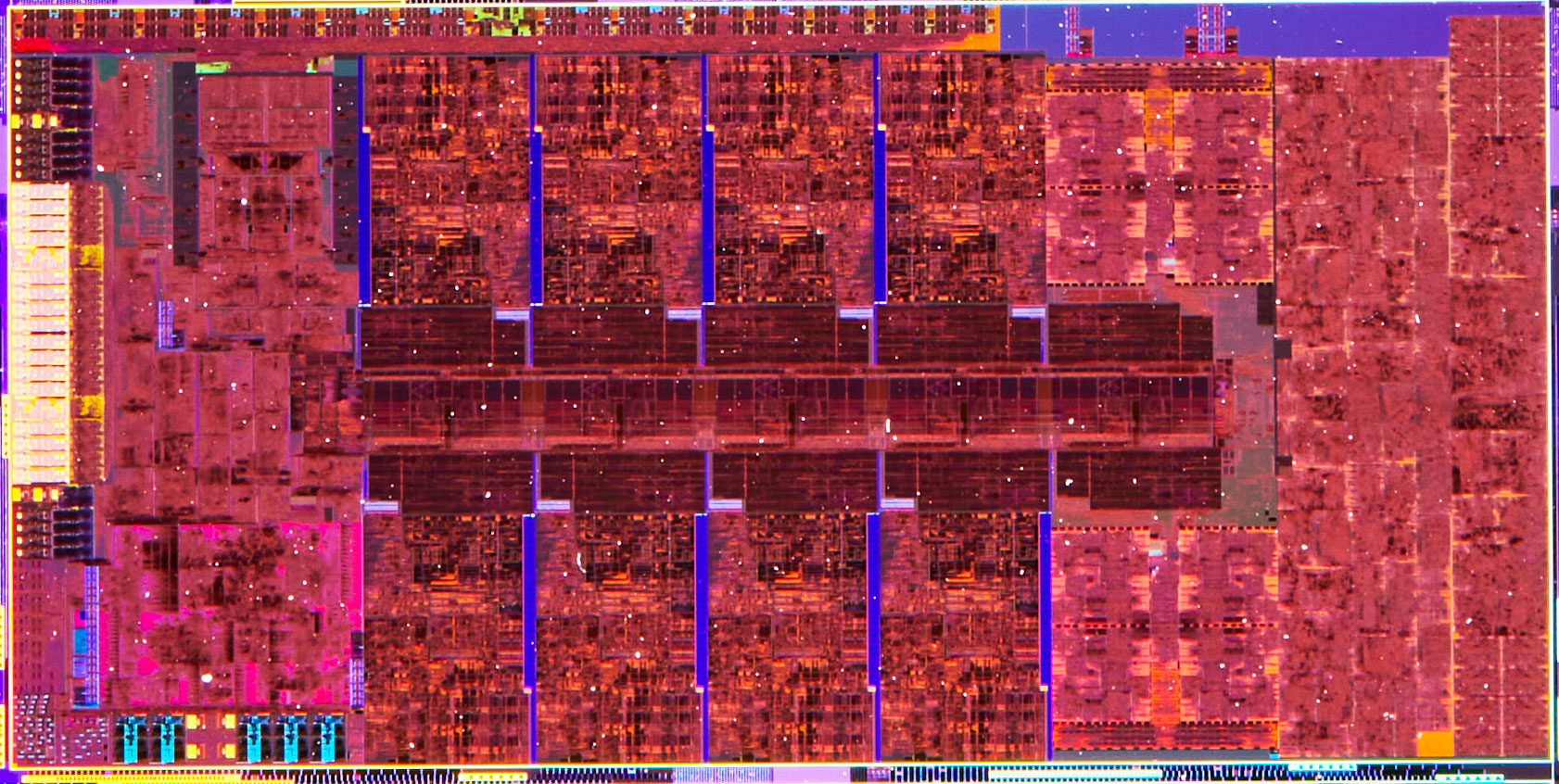 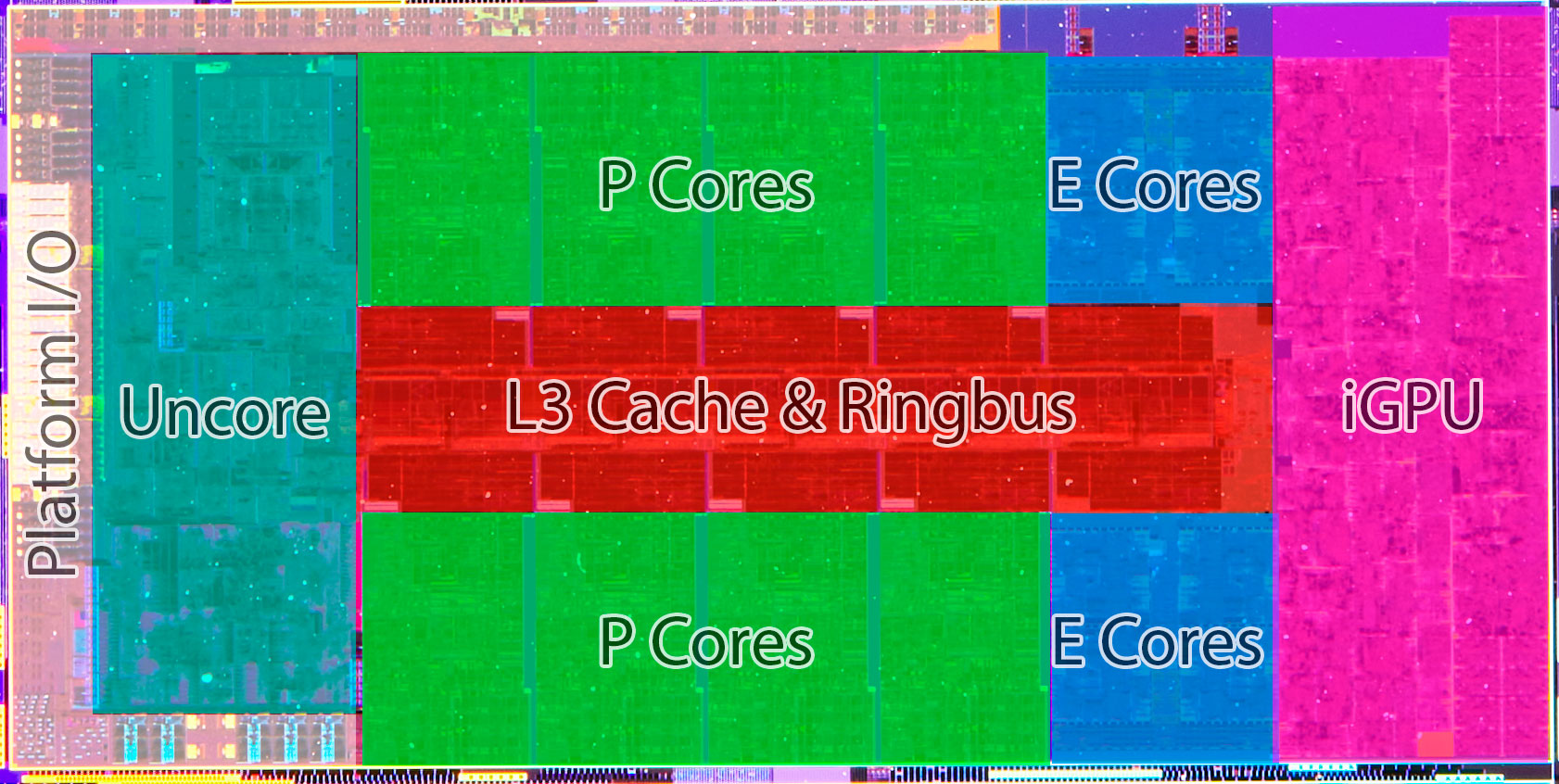 The P-cores handle priority tasks. This will be marked by the scheduler from your operating system combined with Intel’s Thread Director. On the 12900k, a total of 8 P-cores are included on the die and are based off the Golden Cove core design. These can go up to 5.2 GHZ.

The E-cores handle background and lower priority tasks. They are based off the Gracemont core design and are almost 4 times smaller than the performance cores. They can clock up to 3.9 ghz.

Alder Lake is also a first in support for PCIe 5.0 on the mainstream market. The CPU has 16 PCIe 5.0 lanes, combined with 4 PCIe 4.0 lanes going to the M.2 NVMe slot. The other lanes will be done by the chipset and depend heavily on that. 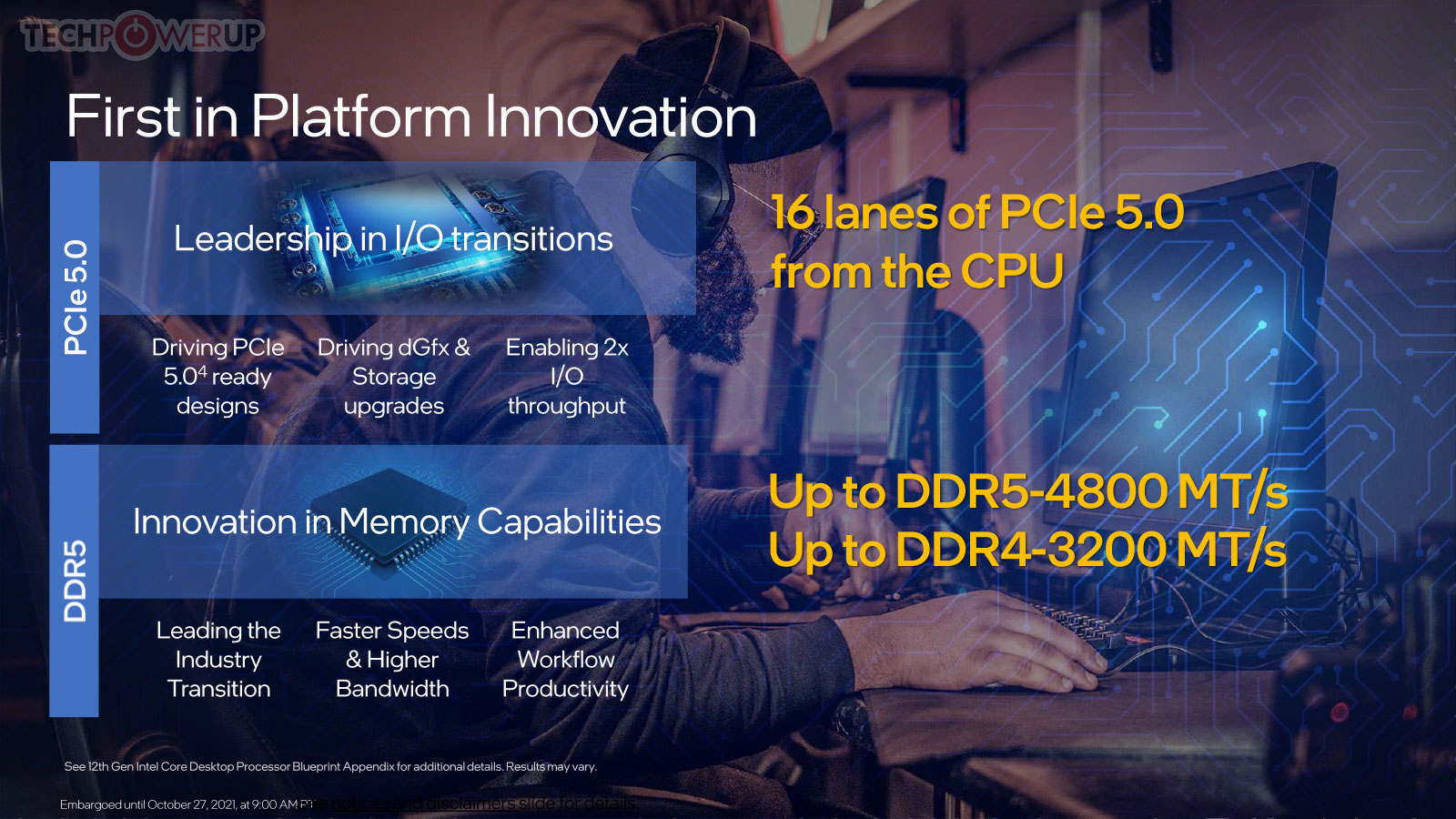 Because of all these changes, Intel decided to move on from the LGA1200 socket and even the LGA115x/LGA1200 cooler mounting. Because of this, you’ll need a new motherboard as well as new mounting hardware for your cooler.

Intel was able to make the die and solder thermal interface material (STIM) thinner, leaving room for a thicker copper IHS (Integrated Heat Spreader). This will help with cooling as the CPU itself has more surface area to transfer heat to the cooler. 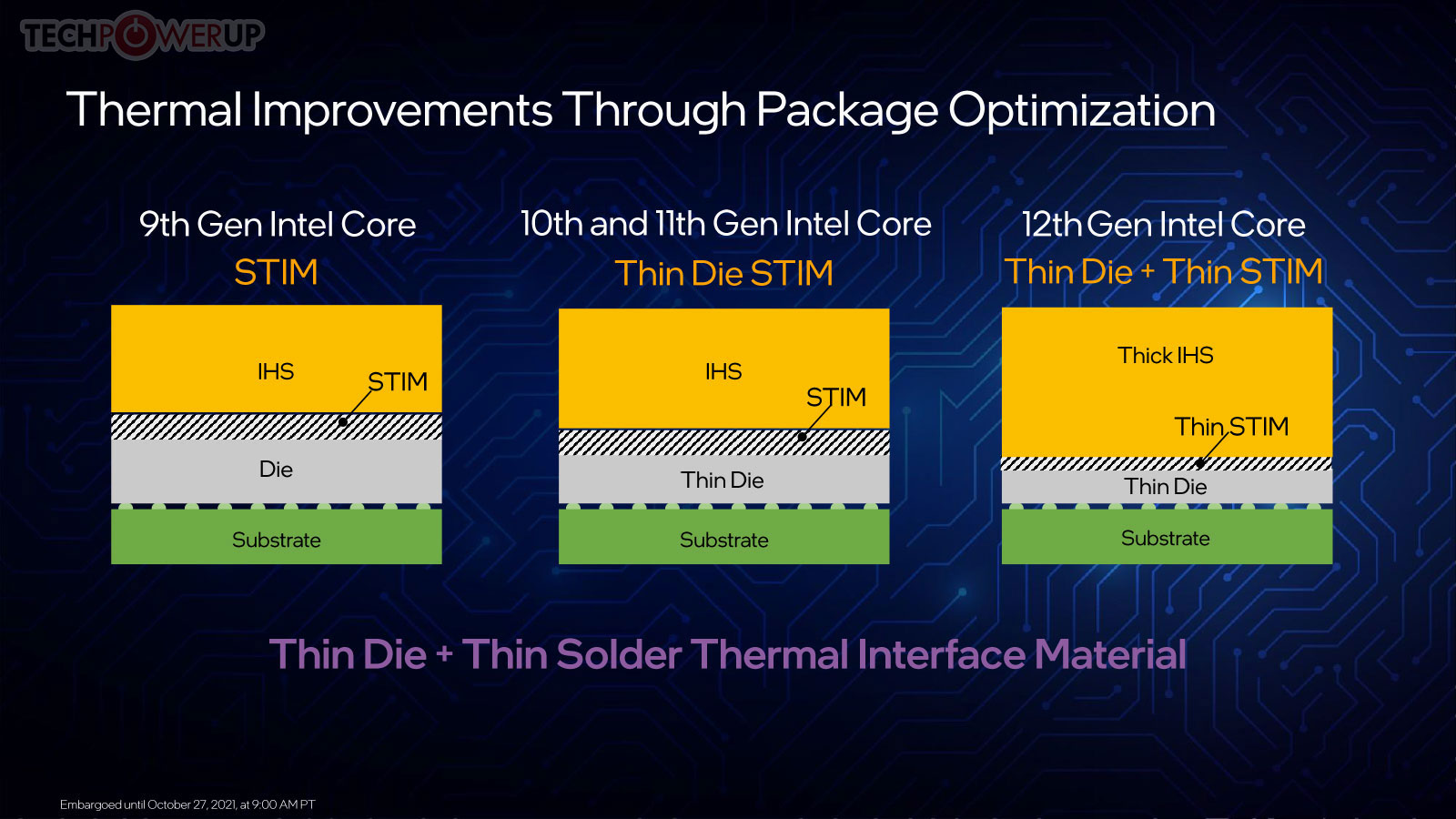 Things have changed here as well, as you have two different types of cores to deal with. Fortunately, Intel allows you to clock these independently. This is combined with a new version of XMP for the RAM, which can be overclocked by either using your motherboard BIOS or Intel’s Extreme Tuning Utility. XMP 3.0 allows for per-DIMM voltage control as well as saving your own overclock profile onto the DIMM’s SPD. These new features combined with DDR5’s vastly increased speeds open a whole new realm of opportunities for avid overclockers. 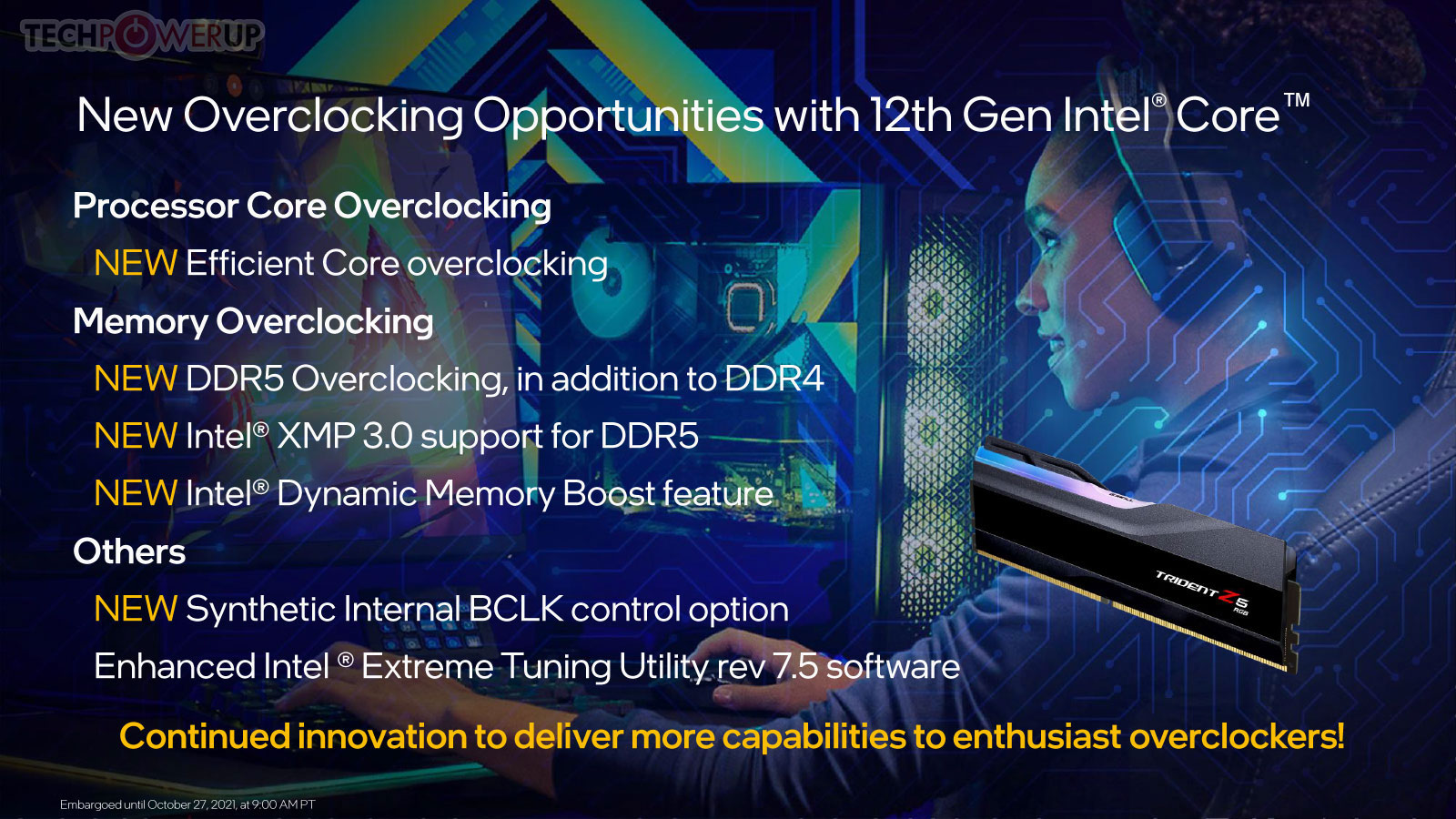 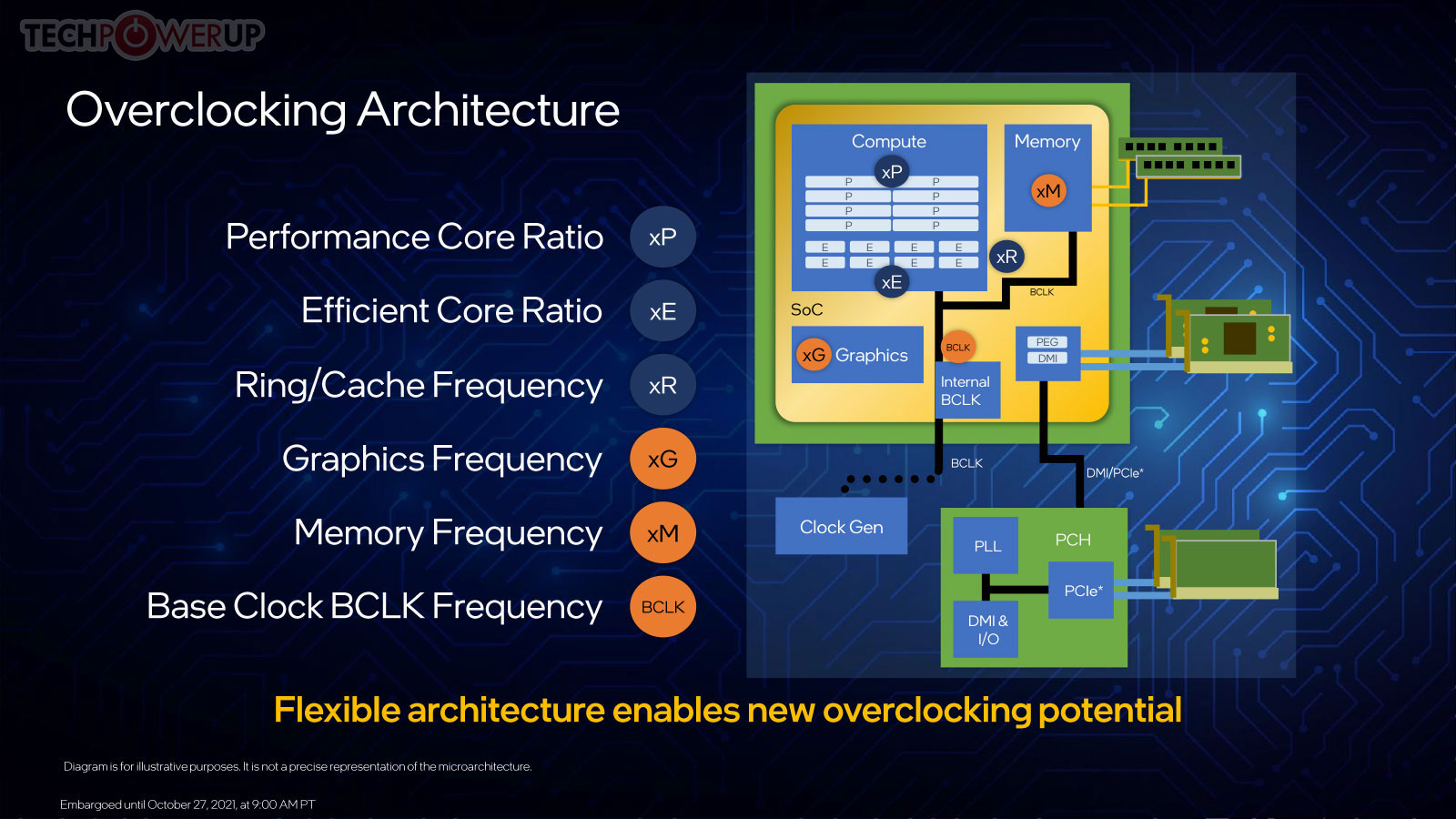 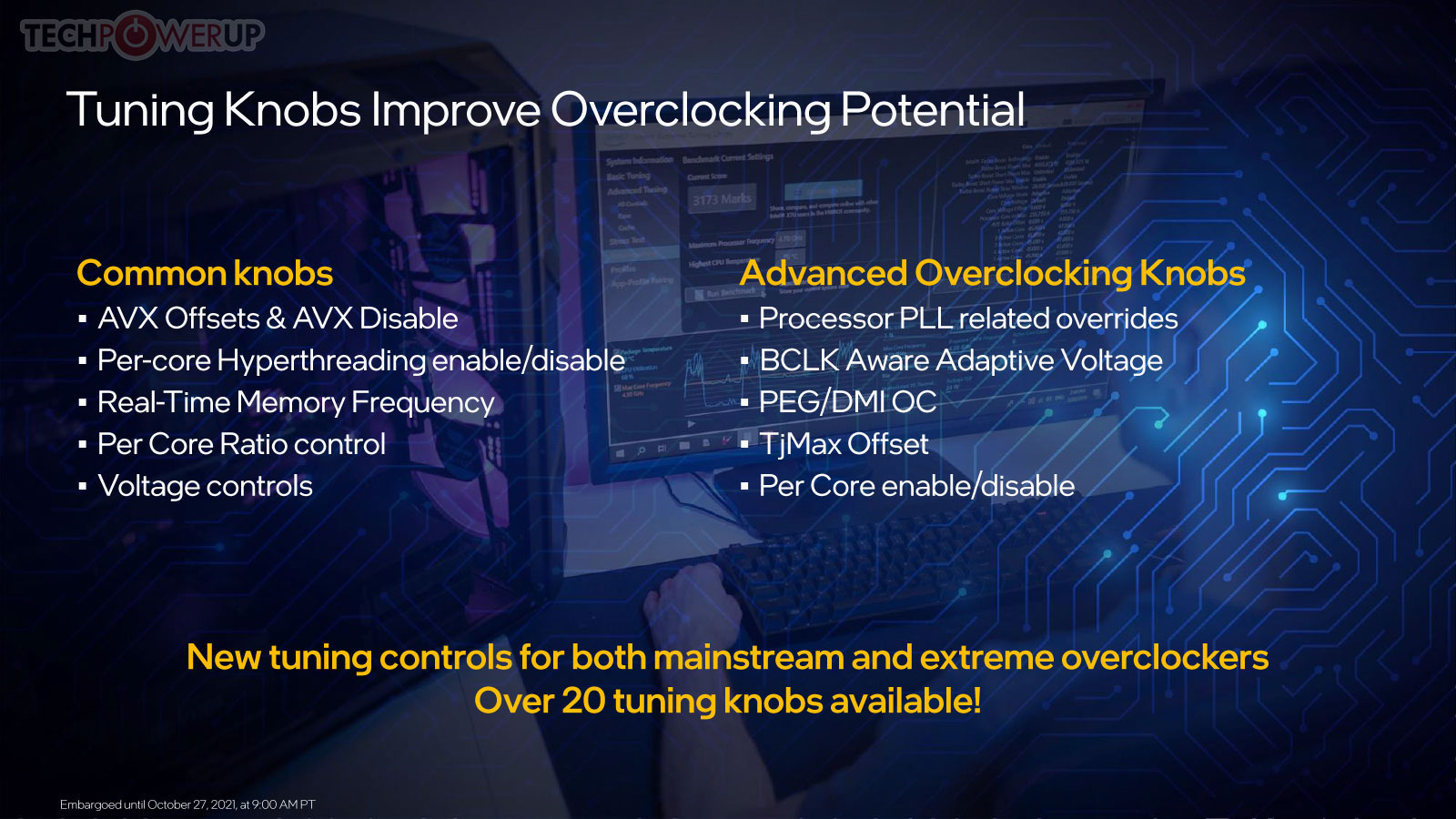 Intel takes a hit in AC Valhalla and Cyberpunk 2077, but generally exceeds by quite a margin in other games against the 5800x. This could be down to poor optimization by Microsoft or the game developers, but that’s something to be seen down the line.

Intel wins in both browser engines here, showing superior performance for both Firefox and Chrome/Chromium based browsers.

SuperPi and wPrime are to show the calculation power of the CPU. Here the 12900k takes quite some margin, finishing up over 20 seconds faster in both tests.

In both 7-zip and WinRAR, the 12900k shows a huge difference in performance. As far as compressing and decompressing files go, AMD is left in the dust here.

PCMark 10 is a productivity suite made by UL. It’s mainly to test applications like spreadsheets and text editing, as well as general usage tasks like video calling. Here, 12900k again shows to be well ahead of the 5800x.

AIDA64 is a general benchmark to do everything from stress tests to various tests on the hardware. Here it’s mainly focused on AES encryption, digital photo processing and hashing. In AES encryption, AMD wins by a small margin but gets left in the dust in the other two benchmarks.

Puget Systems is a major SI (System Integrator) for workstations. They developed a benchmark to use in Adobe Photoshop and Premiere. Here, Intel shows a much higher score overall.

In Davinci Resolve, there was still a visible difference, but had some issues. The standard benchmark used for this got stuck in render, but this could also be down to an error on Blackmagic’s side.

In all four rendering benchmarks, the 12900k vastly outperforms the 5800X. For Blender, the BMW 27 scene was used

Tensorflow is a Python based AI project by Google. It supports both GPUs and CPUs, but this was done with a pure CPU benchmark. The additional cores of the 12900k leave it well ahead.

Starting off, it’s important to note that the Noctua D15S struggled to cool the CPU properly with power limits disabled, so unless you have better cooling, it’s better to let turbo boost run by itself. With the overclocking results shown, we see a slight decrease in score in both CPU-Z and Cinebench R23 single-thread benchmarks, but an increase in multithreaded score and an improvement in rendering time in the Blender and Keyshot benchmarks. Overall, there wasn’t much performance difference shown between the manual tuning and Intel’s automatic turbo boost. 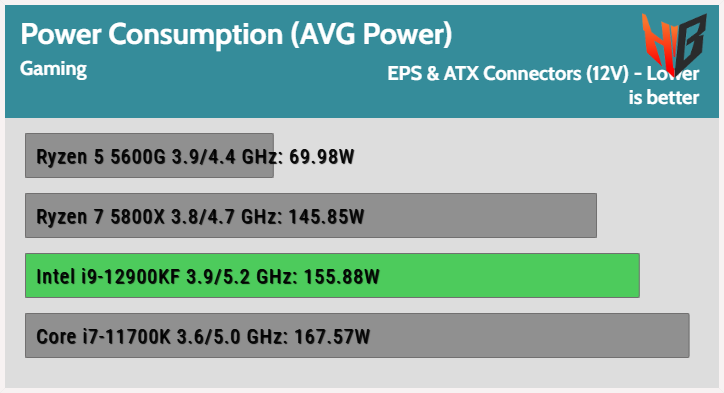 Measuring both the EPS and ATX connectors on 12v, we see Intel consuming much more power, but this is to be expected. Intel’s choice for ring bus has a great advantage in performance, but AMDs chiplet design is overall much more efficient. AMD is the clear winner as far as power consumption goes, but this shouldn’t be a surprise. The only part where intel takes a very minor lead is in the single-threaded load, where it consumed around 7w less than the 5800x 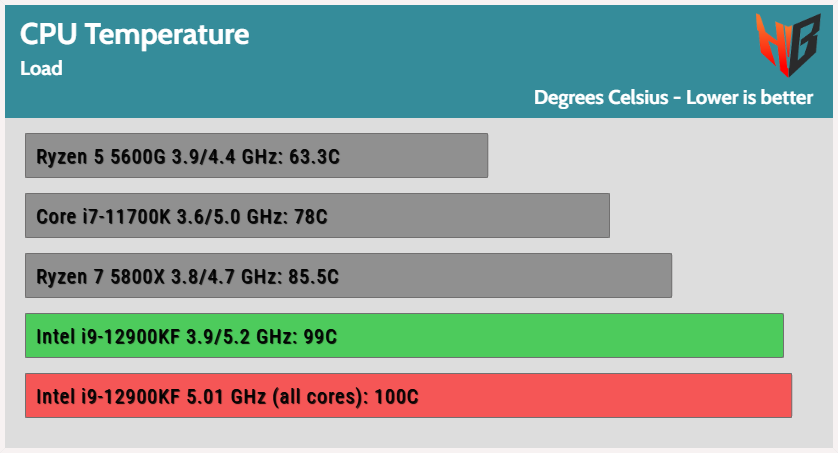 Using a Noctua NH-D15S and Blender, the 12900k became quite hot. For this reason, we do recommend using a 360mm/420mm AIO instead of a big aircooler to get the most out of the CPU. 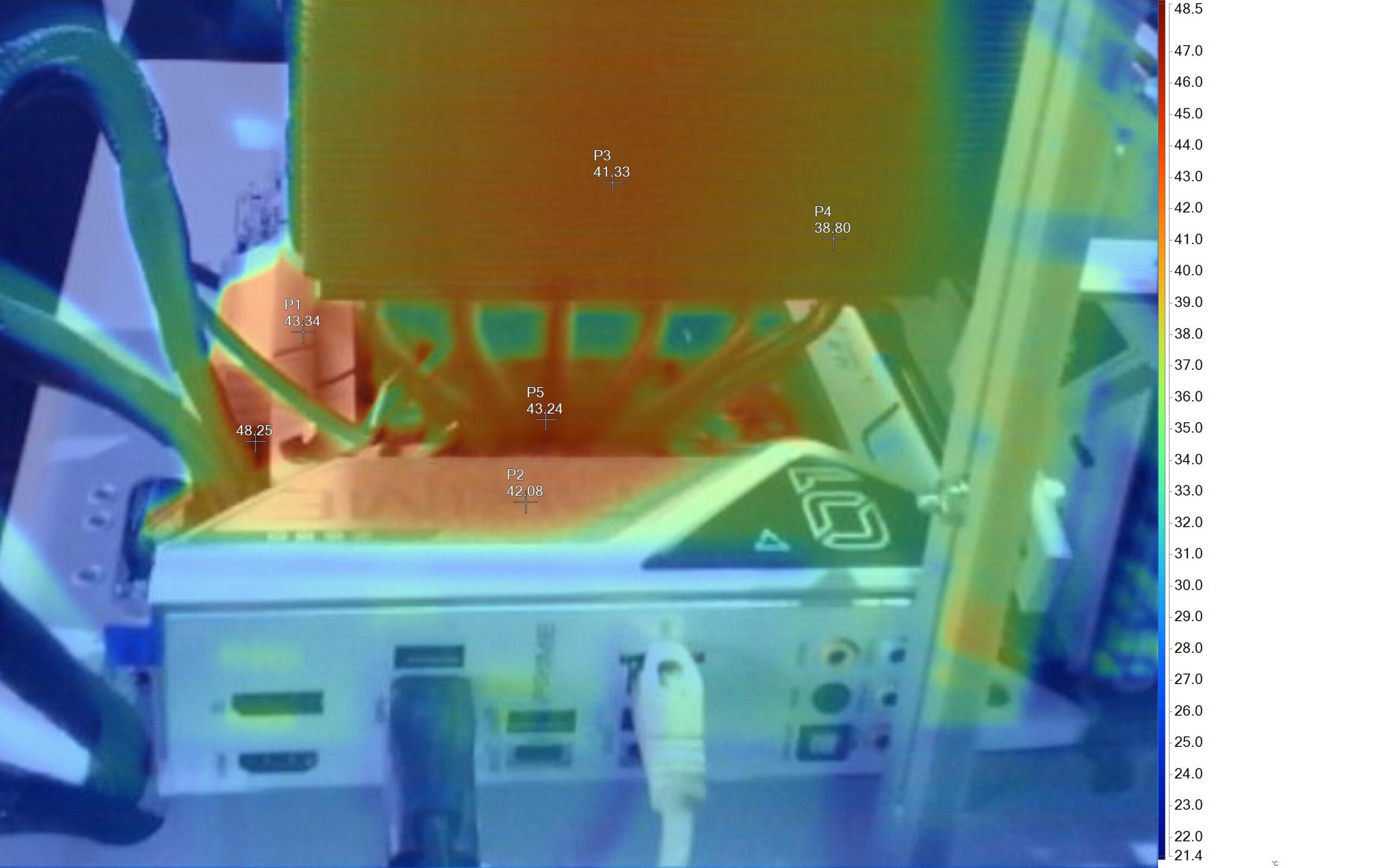 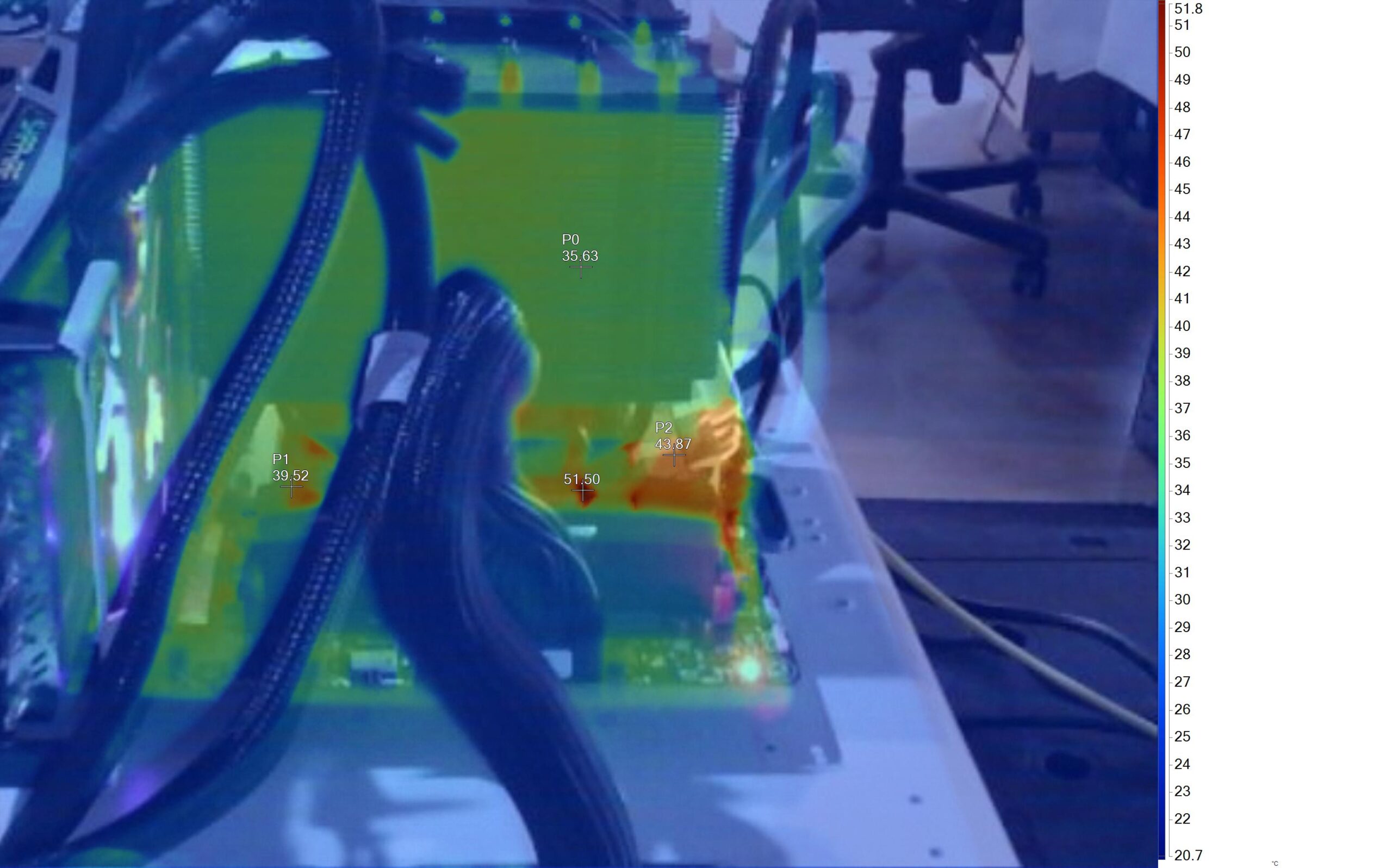 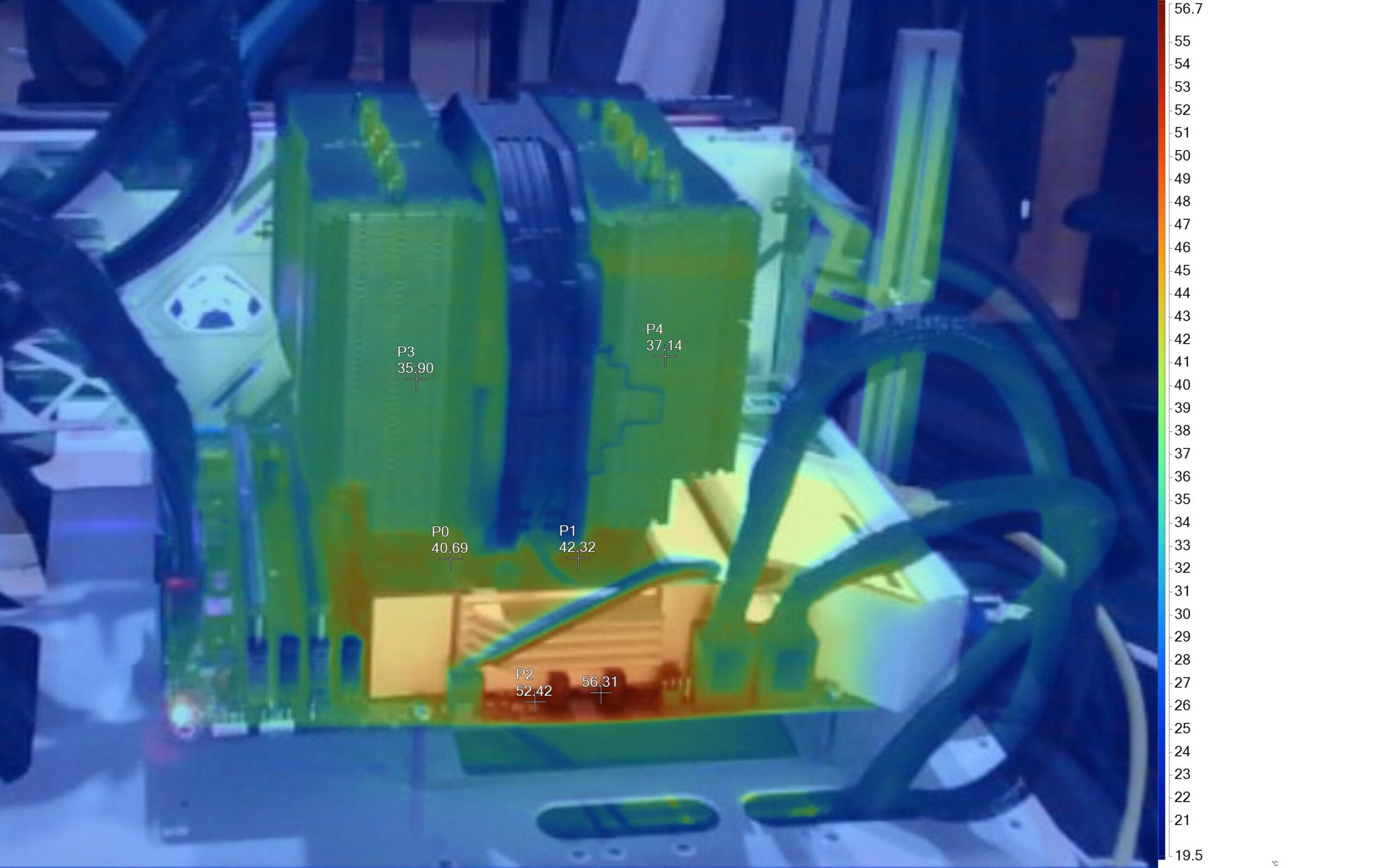 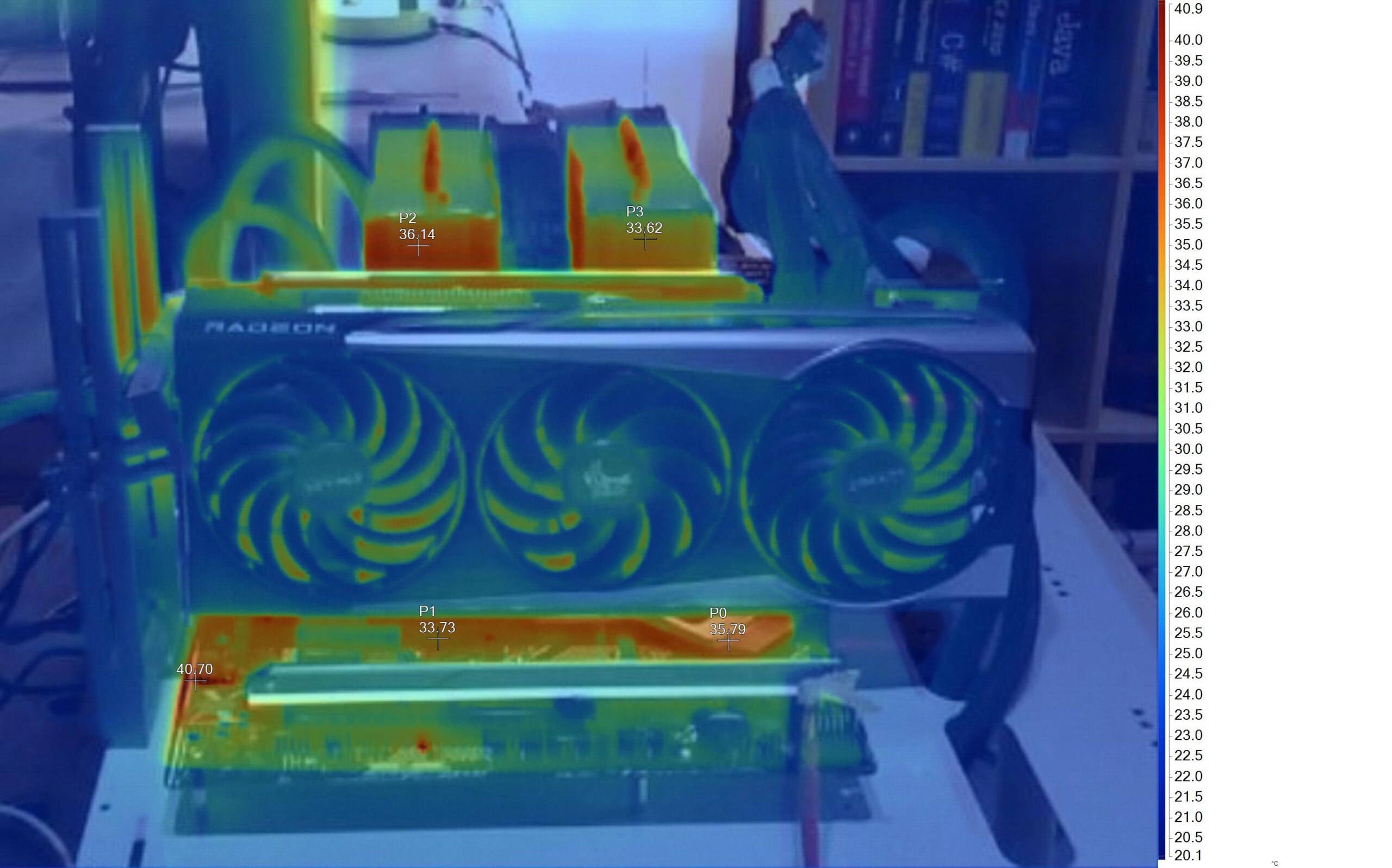 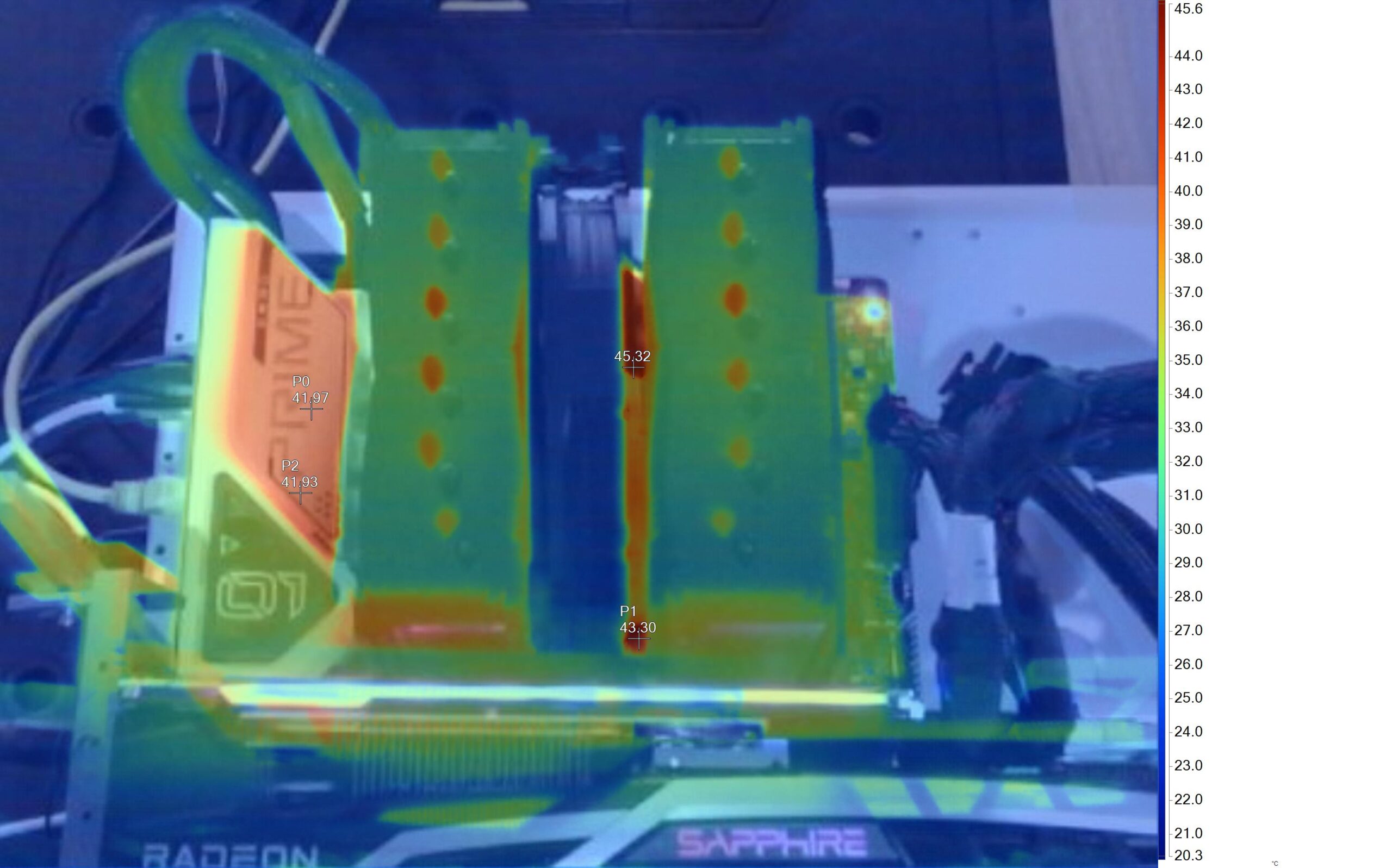 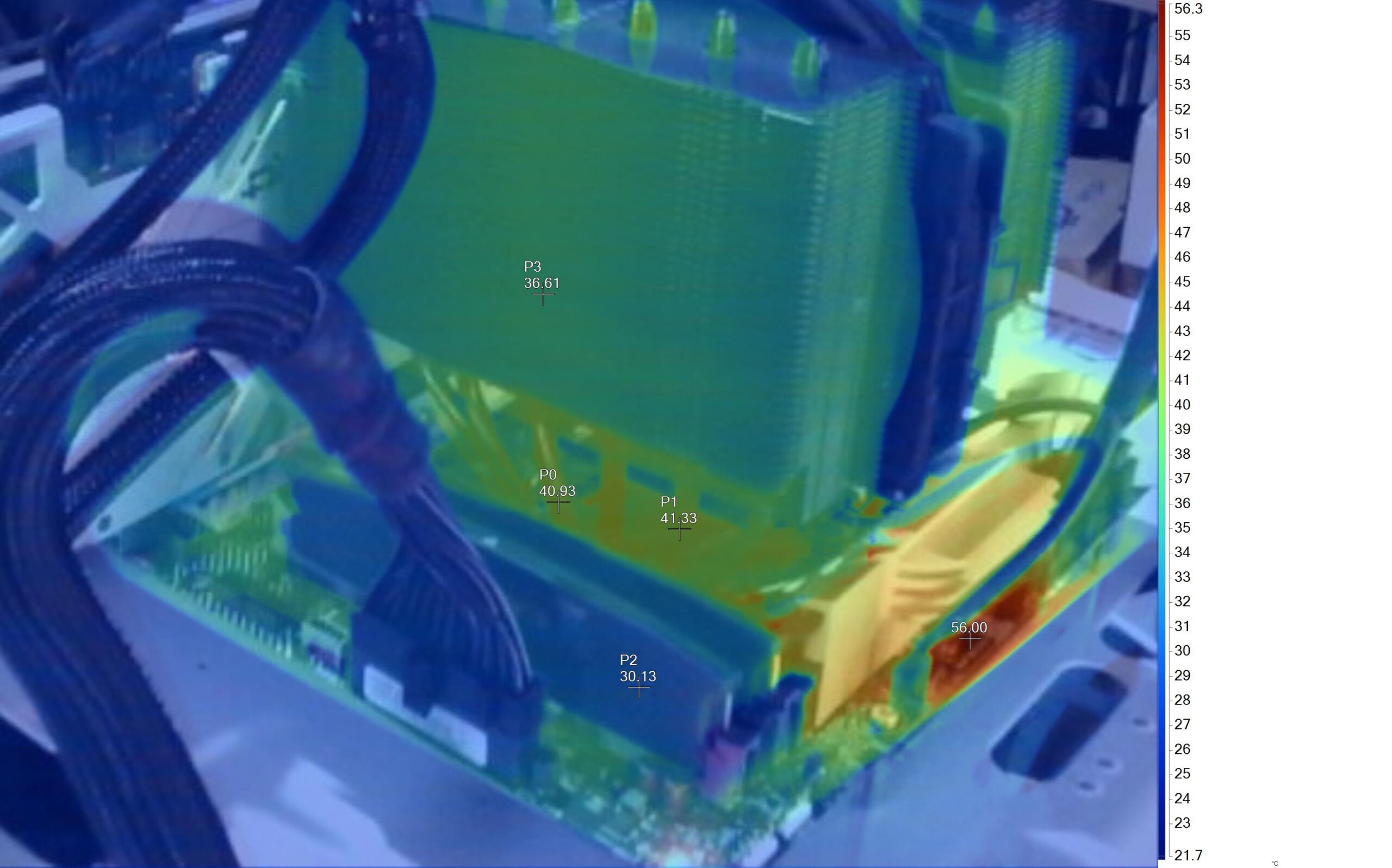 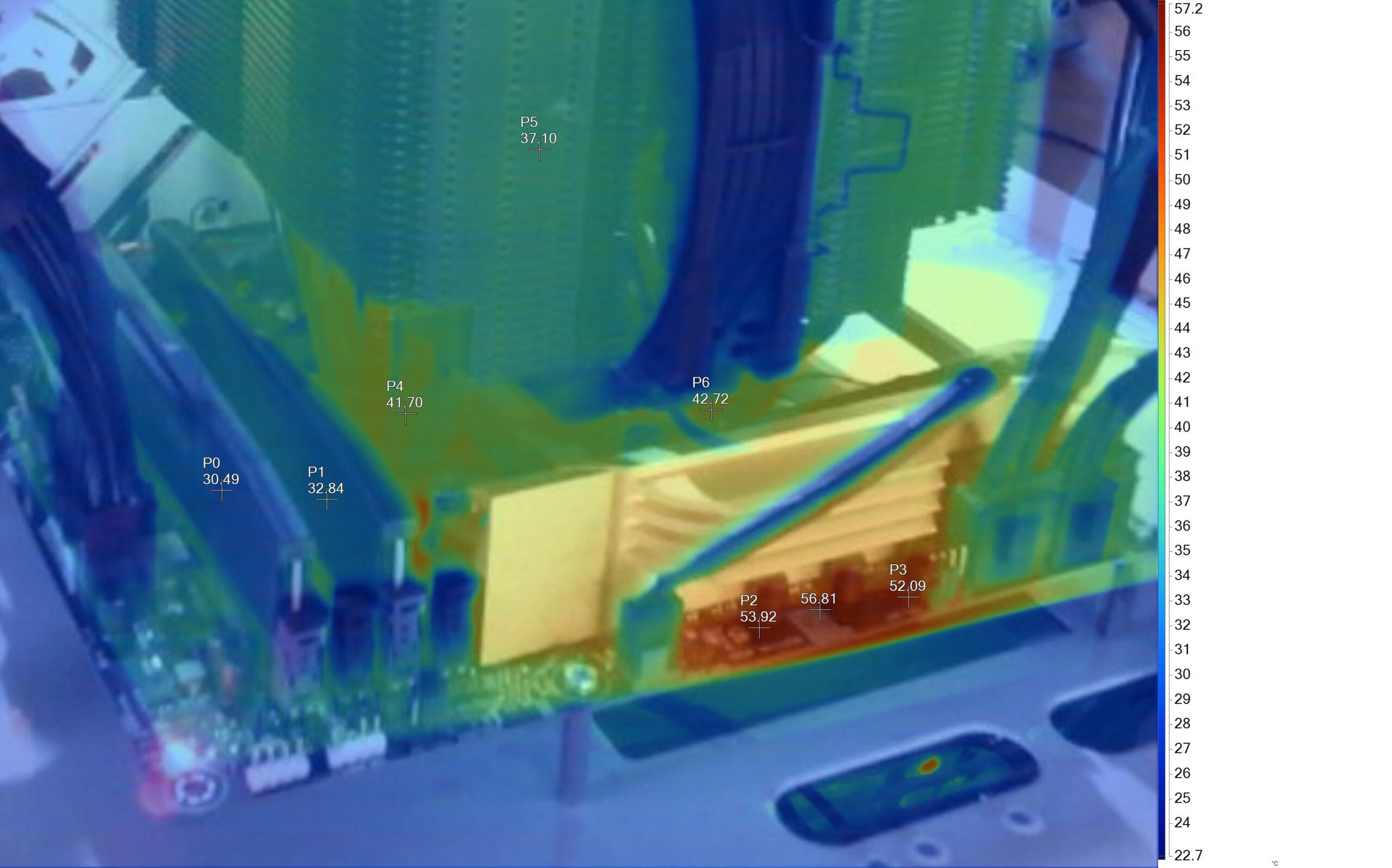 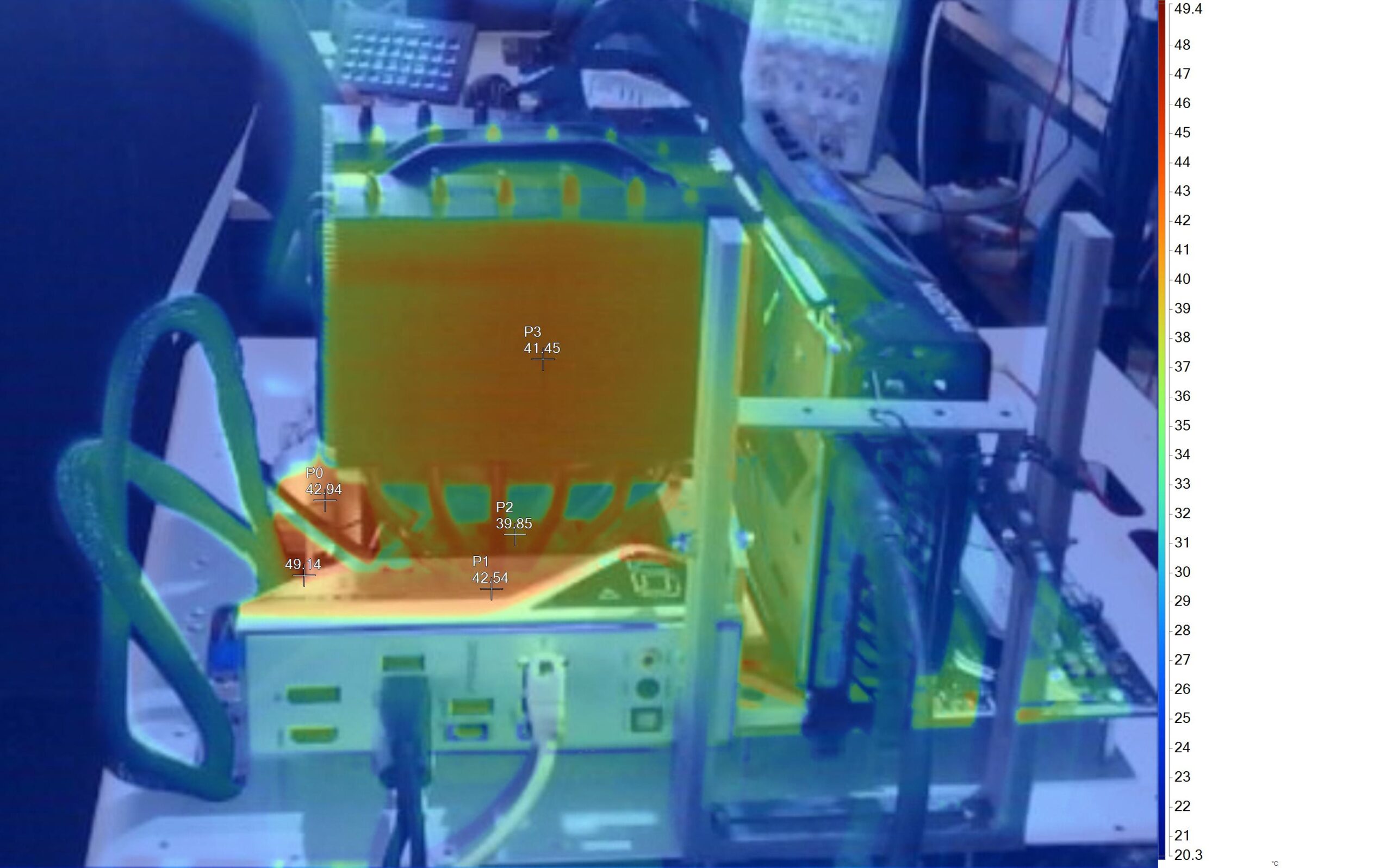 Overall, Intel showed a massive 20% performance difference in the CPU tests, and a respectable 7% difference in 1080p gaming. The value of the chip is visibly worse than the 5800x, but it’s overall a great competitor for someone looking for pure performance over value. We consider this a massive success for Intel, even if further optimization from Microsoft and other developers is still needed to get the most out of the chip.