Story
First of all let’s get a quick idea of how the story runs in the game. Essentially Lego Star Wars: The Skywalker Saga plays out the events of all the mainline released films , albeit in our usual comedic Lego style. Each of the 9 films are a ‘mini’ campaign of their own, and in quite a good way. The moment you boot up the game for the first time, you will only be able to start with a specific era, either the prequel, original or the sequel era (as only the first levels of the respective eras are unlocked at the beginning). Events that happen in the movies are wonderfully executed in the game too plus we have some fun easter eggs of external memes surrounding star wars  (I’m looking at you Kenobi). The battle of Naboo where you literally slaughter thousands and thousands of droids felt very satisfying and the execution is pretty good.  Boss battles are a big plus too,  with them having various stages and not just straight up fighting and blocking constantly. For example Maul’s boss battle in episode 1 also incorporated building specific devices to reach him and if that isn’t true to Lego style, I don’t know what is. The voices for the characters are wonderfully done, and our good ‘ol high ground sounding almost the same as in the movies. In addition to that we also have an option to turn mumble mode on, which essentially replaces the voice lines with sounds from the The complete saga, but sadly we don’t get the original Yoda death sound but fret not young padawans as there is a mod in nexusmods that brings it back.
Gameplay
Gameplaywise we have gotten a huge, huge (like really huge) upgrade to combat from The complete saga.  At first the combat begins simple enough with just Square spamming (or whatever the equivalent for your control method is), but as we go deeper into the game the combat surprisingly gets more and more complex, you can block and deflect blaster shots (or lightsabers in case of boss battles/co-op) and in addition to that you can also build up Devil May Cryesque combos with a combination of different inputs. Target lock as seen in Star Wars Jedi: Fallen order would have been a nice addition, but hey that’s a story (or a rant?)  for another day. Blasters have a basic enough combat system which can be made better but to be honest, it just works as is. We also have tons and tons of characters here from all the mainline movies, spinoffs and characters from the tv shows appearing in future dlcs , as of now we have 384 characters which you will unlock as you progress further into the game or by buying them with studs (the in-game currency) . The moment you want to select a new character, a large character screen will appear that resembles the classic Lego games, but with a twist this time. Instead of all characters mashed into a single screen, we have characters divided into different sections such as Jedi, Sith, Heroes and villians, which helps the character selection be a bit more easier and streamlined. On the other hand things never do get stale as, quite frequently you will be required to do other activities too like helping Kenobi’s old friend in managing his diner, to finding some boomas as (Darth?)  Jar Jar Binks and blasting a few Tie-fighters in space. Emphasis on blasting a few tie fighters in space, as space combat is quite basic (essentially a dumbed downed version of battlefront 2’s starship battles) and quite frankly, it does the job well in the game. There’s quite a lot of potential in replayibility too as game mode wise we have our classic freeplay which lets you choose any character you want and replay the story missions you have already played , then as mentioned earlier we have tons of mini-games which appear periodically as you progress further in the game and finally to top it all off we have split screen co-op too which lets you enjoy the game with another friend, sadly though we still have no news on when (or if) online co-op will be added. Quite disappointing for a game which is released in 2022 and while the covid 19 pandemic is still at large. But all in all it’s an Lego game and that shouldn’t be that big of a factor for an action adventure game that is largely linear.
Graphics
Graphics. Oh boy my favourite part of this review. Frankly, the game looks absolutely great, and pretty fantastic for a lego game to be honest. The textures look mouth-watering at the highest settings, which in turn helps places like Lake Paonga look absolutely stunning. The in-game implementation of ssr (screen space reflections) is fantastic as well, with places like Coruscant making the most out of it with ‘light’ heavy scenes. The implementation of taa is a bit disappointing though as it smoothens the little details out and makes the overall scene a bit blurry which might prompt the user to use post-processing filters such as Nvidia freestyle or ReShade or use the in-game sharpener. Gamers are advised to use fxaa here. Sadly there is no implementation of AMD’s FSR or Nvidia’s DLSS and understandably that’s quite a downer for lower-end or performance hungry users. On the bright side, the game runs pretty well as it averages around 55-70 fps with everything maxed out at 1080p on a laptop 1660ti. 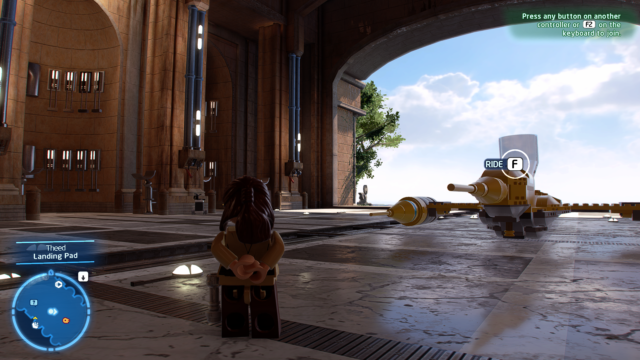 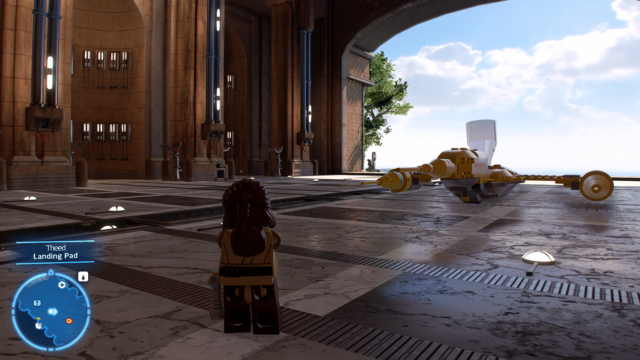 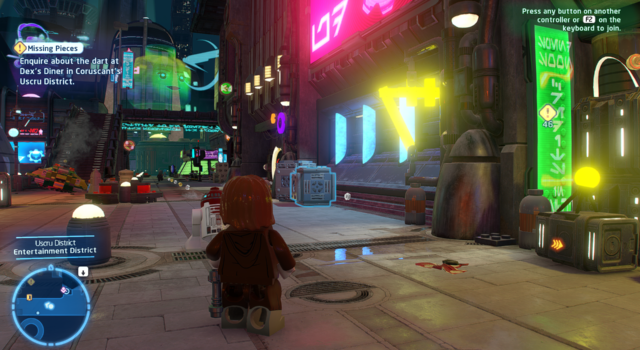 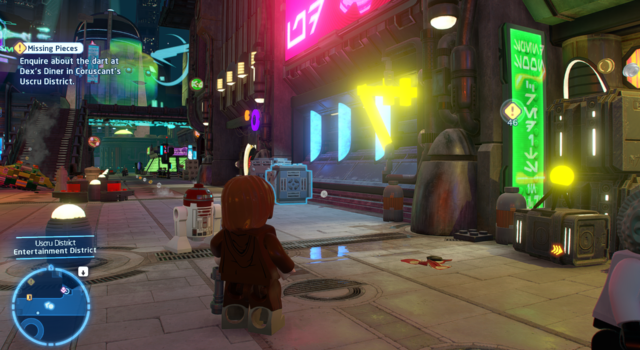 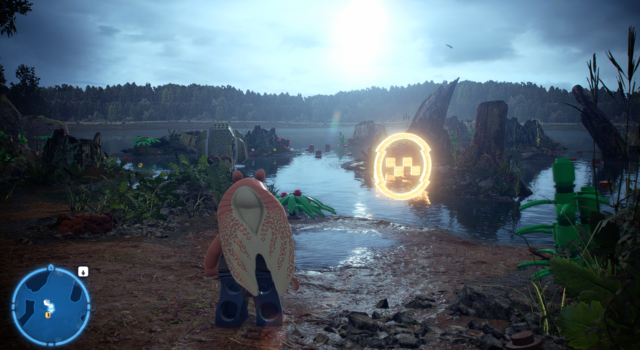 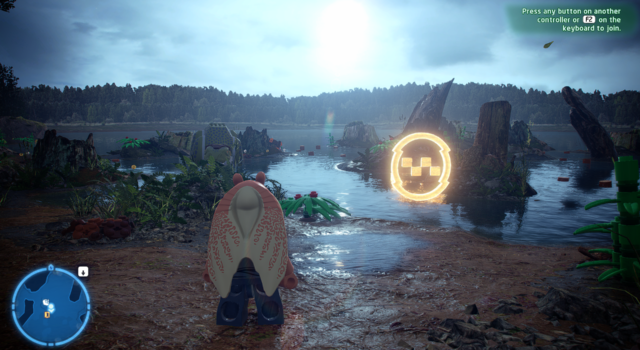 lake 2
The final verdict
In conclusion, with huge upgrades to its lightsaber combat system and stunning graphics, Lego Star Wars The Skywalker Saga is a solid game to play all by yourself or with your friends. It has a ton of fan service (in a good way) and even though it has some drawbacks with its starship combat systems and some monotonous sequences it surprisingly holds up very well and delivers on what it means to be a great action-adventure game.