With rebellion launching a new Sniper Elite this year , let’s look if it deserves to have the Sniper Elite designation and if it holds up when compared to its predecessor Sniper Elite 4.

Players assume the role the recurring protagonist of the series Karl Fairburne, set to stop a secret Nazi plot codenamed Projekt Kraken in 1944's war hit France which will turn the tide of the war in the Axis’ favor.

It is later reveled that Kraken is a larger Nazi operation to attack America, which would have a huge negative impact on D-Day.

Players need to make contact with the resistance troops defending their homeland, and take down Projekt Kraken before it’s too late.

The story isn't anything special and consists of your normal predictable WW2 story with lots of cliche moments. You can say it exists only to carry the gameplay forward and do nothing else. Time to time it reminds you of a low budget action movie. The voice acting is decent and nothing special to look (and hear) at too. Oh and the facial and the character animations during cut-scenes is absolutely nothing great to look at.

What it does actually excel on is the gameplay , of which we will have a look in the next section.

While the core gameplay remains strong , there doesn't seem to be quite an advancement from the gameplay of its predecessor , Sniper elite 4. While there are new mechanics , they are added in a very subtle and most of the times , clunky way. For example we have gotten assassin's creed style climbing where you can climb walls and and hang through windows sills but the implementation fails to impress as its gets a bit confusing because you can only climb , hang and vault through specific objects.

However you cant even go through a bush as there are invisible walls everywhere , the same type of fence might or might not be vaultable in different parts of the game which makes identifying, objects which are actually intractable with very confusing and can hamper gameplay in tense situations. Character movement is a bit clunky and stiff too , but doable nevertheless. 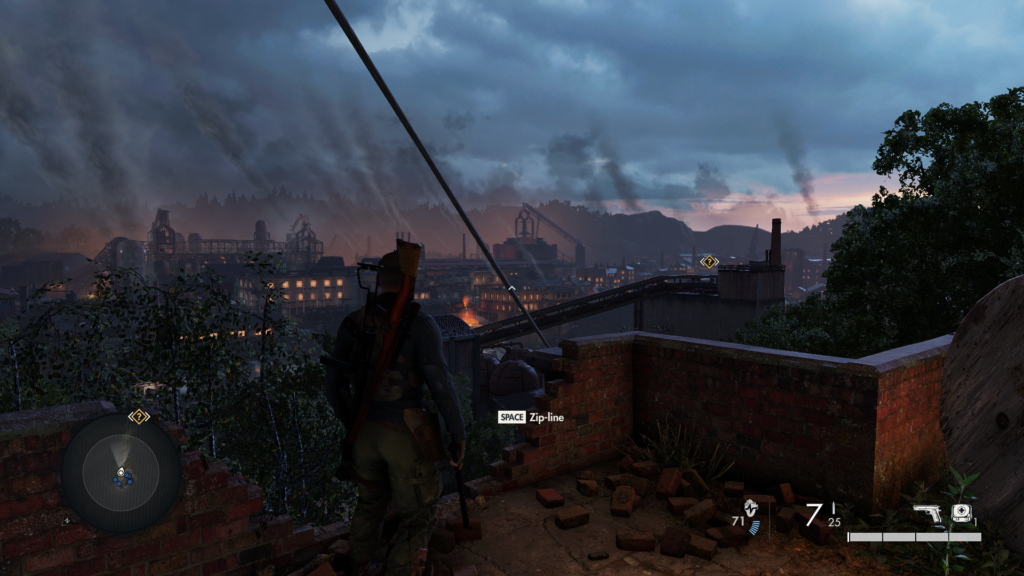 Shots to the head , and other crucial parts of the body (looking at you testicle shots) are as gory as ever with improved animations which make them very satisfying to do.

The game also puts some emphasis on realism as on the sniper elite (the hardest difficulty) bullet drop and even wind direction is accounted for when making shots through the sniper. 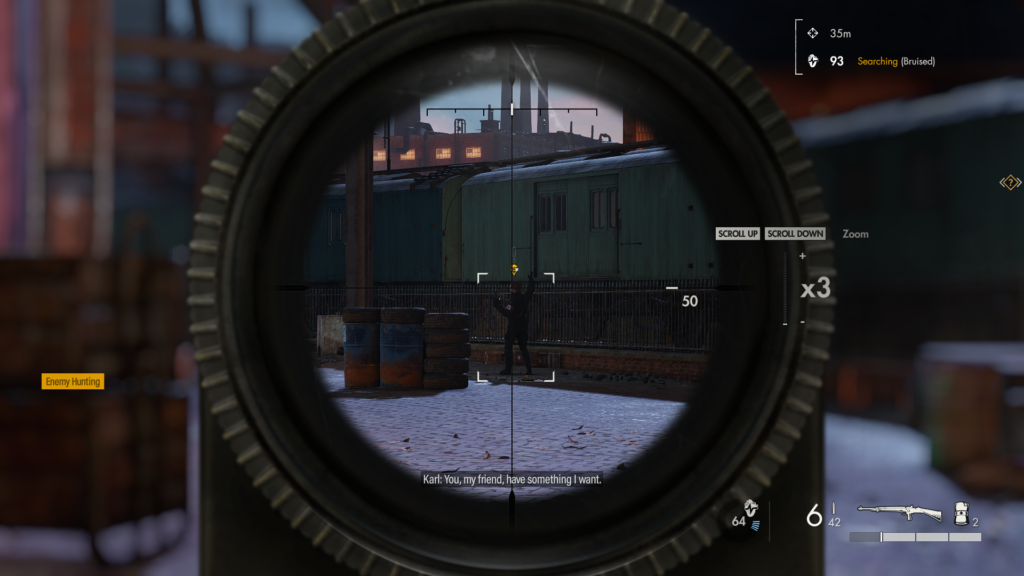 One more fact is that the suppressor does not completely silence the weapon and is still audible to enemies if they are close enough.

There are quite a few bugs though not anything major but still a tad bit annoying. Hopefully they will be fixed in the future patches.

Elite 5 improves substantially in terms of graphics from its predecessor. Character models feature a higher polygon count and high res texture maps for every asset of the game. 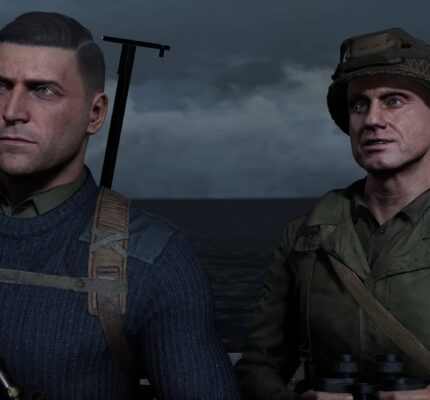 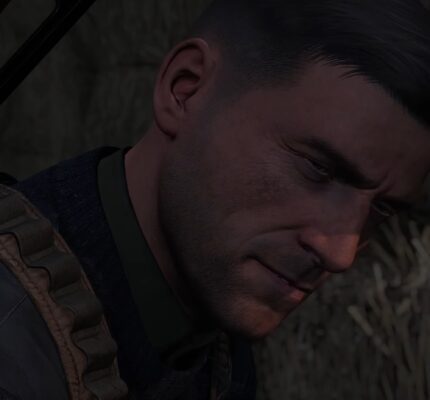 Skin pores are much noticeable and looks away more realistic than SE4 where it was all washed out. Eyes, nose and ears geometry also get new redesign in SE5 which looks really good. 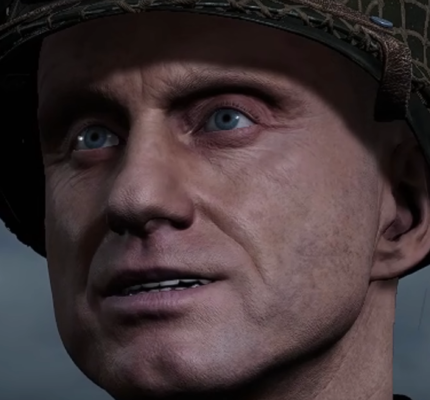 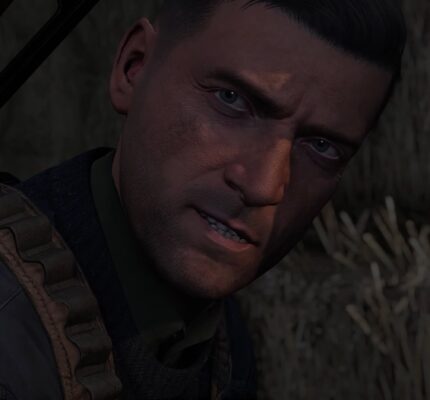 Player's interactions with the environment such as waking on water or god rays both are very good and seems natural to the eye. 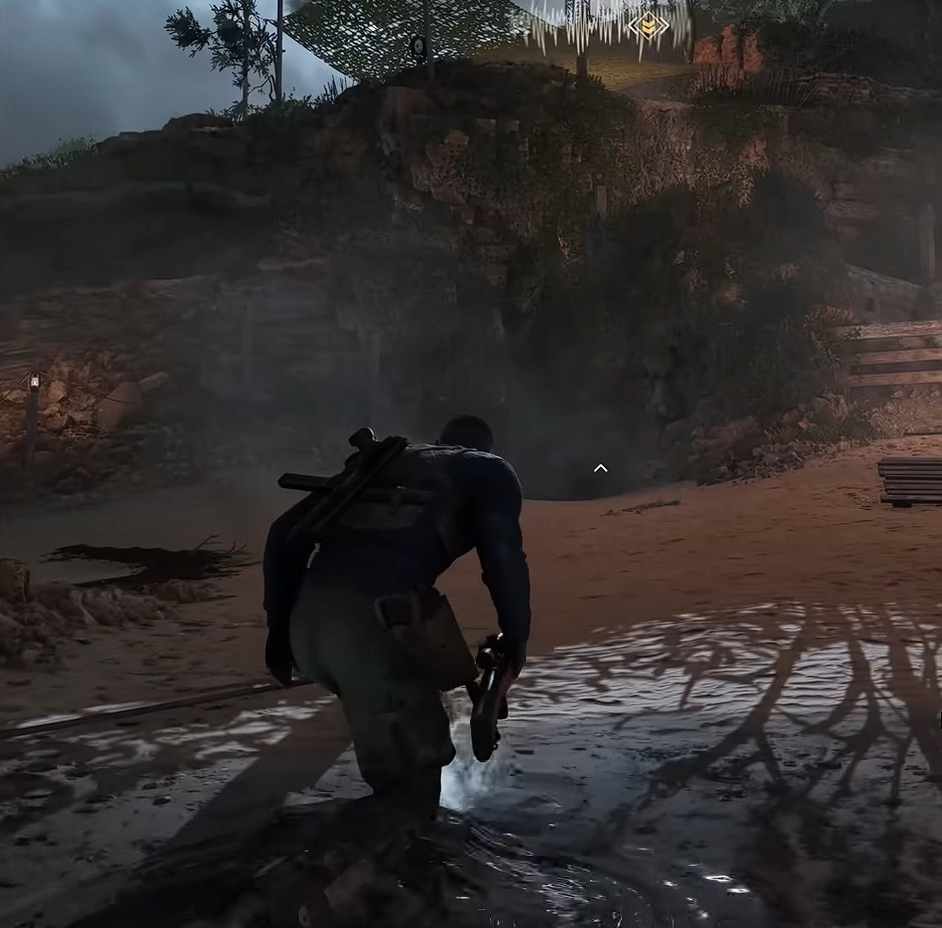 Despite making so much improvements in graphics characters still seem to not in the scene due to improper lighting conditions and reflections on of the characters and often look cartoonish with weird unnatural facial expressions and robotic voice.

As said in the story section, visually SE5 overall looks like a low budget action movie.

The game in a nutshell does not run as well as you'd expect it to run. Lots and lots of micro-stutters with frame-times being batshit crazy when new areas are being loaded (very noticeable when you start a mission and even more noticeable if you have a CPU on the lower side of the spectrum). There isn't much of a difference from medium to ultra (only exception being shadows and anti-aliasing). There is quite an upgrade to visuals from low to medium.

Comparison between all 4 graphical presets at 1080p with FSR off-

Turning on FSR even at ultra quality is not recommended at 1080p or lower as it softens the details a lot and degrades the image quality to a point where it is very noticeable and not desirable at all. 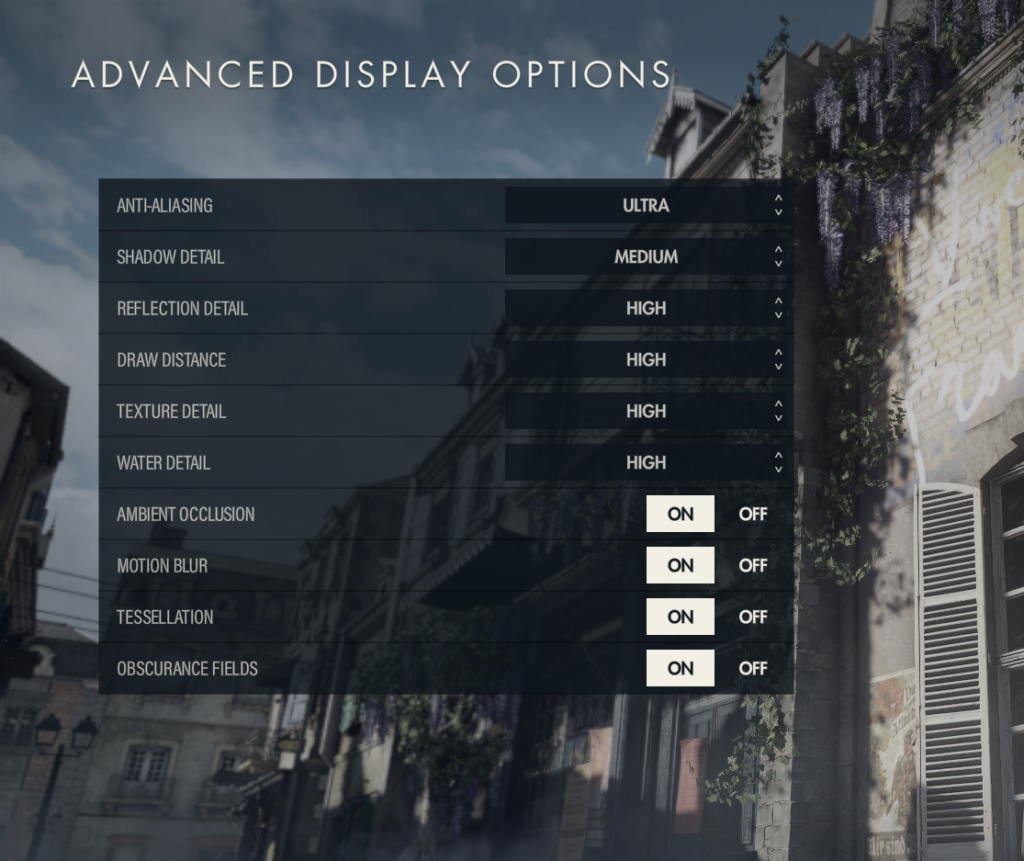 Other than the usual caveats its recommended you install the game on a SSD for faster load times and less noticeable micro-stutters when loading new areas/levels.

Sniper Elite 5 is like an improvement upon Sniper Elite 4. Even though the story is generic and nothing good to look at, the core gameplay remains strong. Critical shots are as gory and detailed as ever, there are are new gameplay systems added, albeit not very perfectly but they still manage to do the job in adding to the game.

The graphics though not a big improvement from sniper elite 4 and nothing to boast about for a AAA 2022 game still deliver and make the game look good.

Overall Sniper Elite 5 is a decent game with some of its recurring flaws but is more enjoyable if you are into IO Interactive's Hitman games.