Today we’re looking at the EZCap GameDock Ultra, an affordable capture card that claims to be able to record at 4K30, 1440p60, and 1080p120. EZCap is best known for its cheap and not-so-high quality analog capture cards, but how do their modern cards hold up? Let’s find out.

The GameDock Ultra comes in a sleek black box that is of decent quality. Upon opening the box, you’re met with a USB-C 3.1 Gen 1 cable, an HDMI 2.0 cable, and a 3.5mm splitter for external audio. You’re also met with a user manual and a small card with a link to EZCap’s “EZCap Link” video recording software. The EZCap Link software is a bit on the more-basic side, so you’re better off using OBS or some other alternative instead. All cables included with the GameDock Ultra feel nice and well-built, EZCap did not include the terrible clearance-bin-tier cables that many peripherals come with and it’s nice to see in an affordable product. The inclusion of a 3.5mm splitter is great, as it helps compatibility between different headsets and audio input devices. The only complaint I had with the GameDock Ultra is one I see in many capture cards sold nowadays, and that’s the inclusion of only one HDMI cable, this means that you will either need to buy your own HDMI cable or use one that you already have to utilize passthrough capabilities. 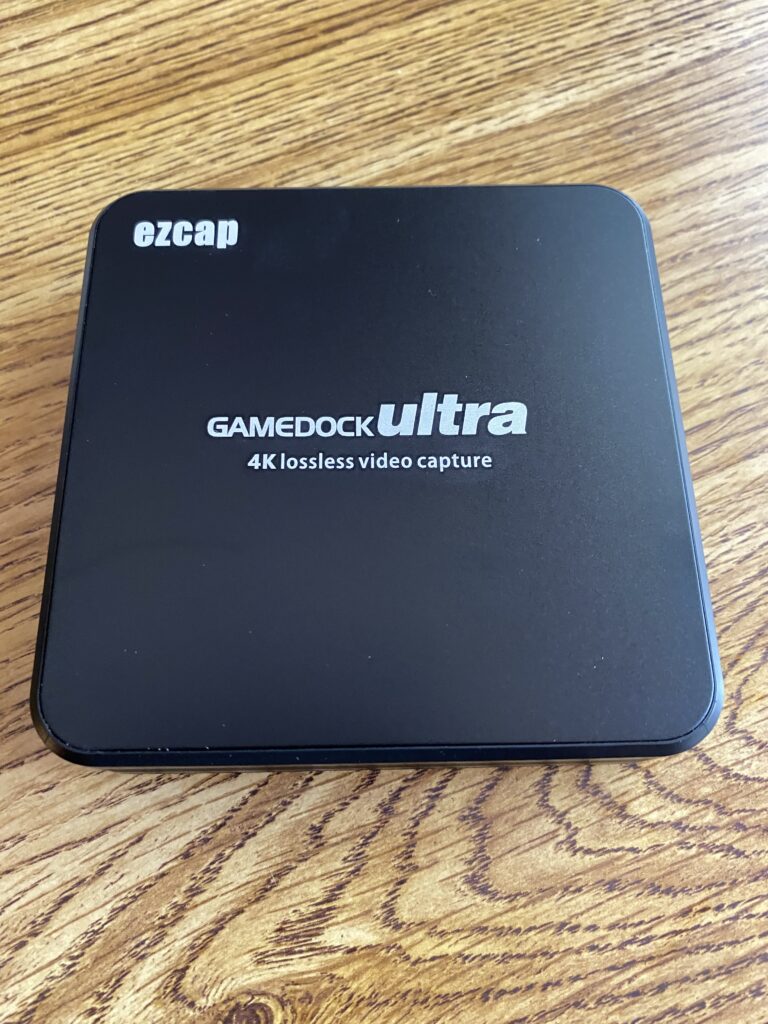 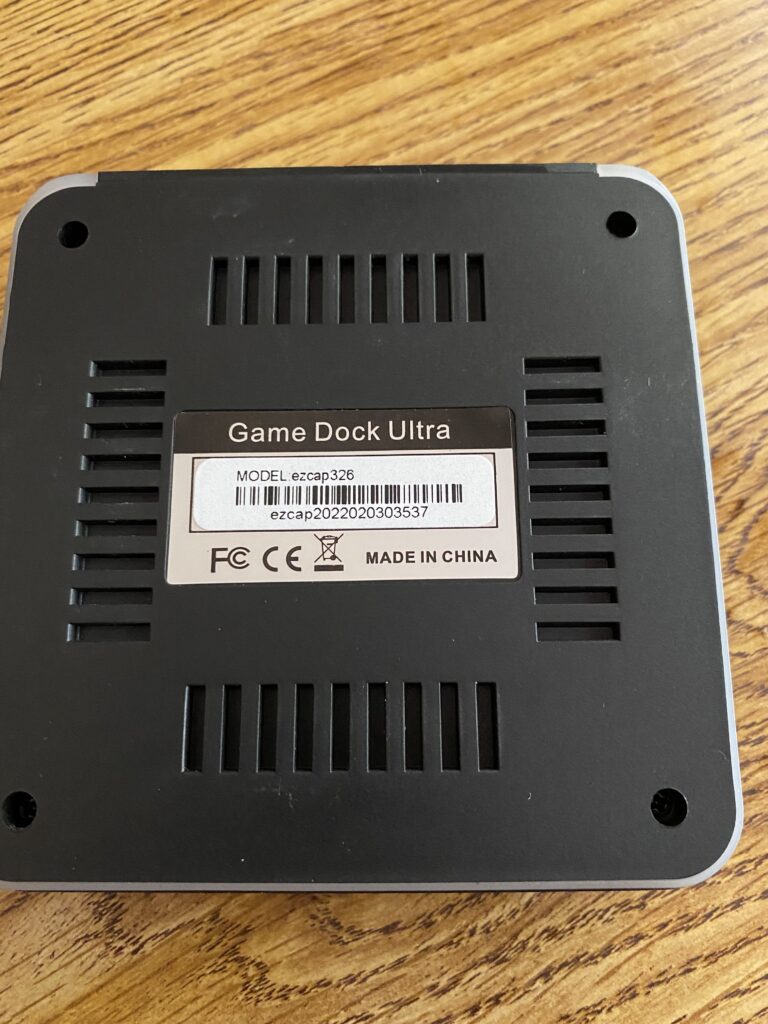 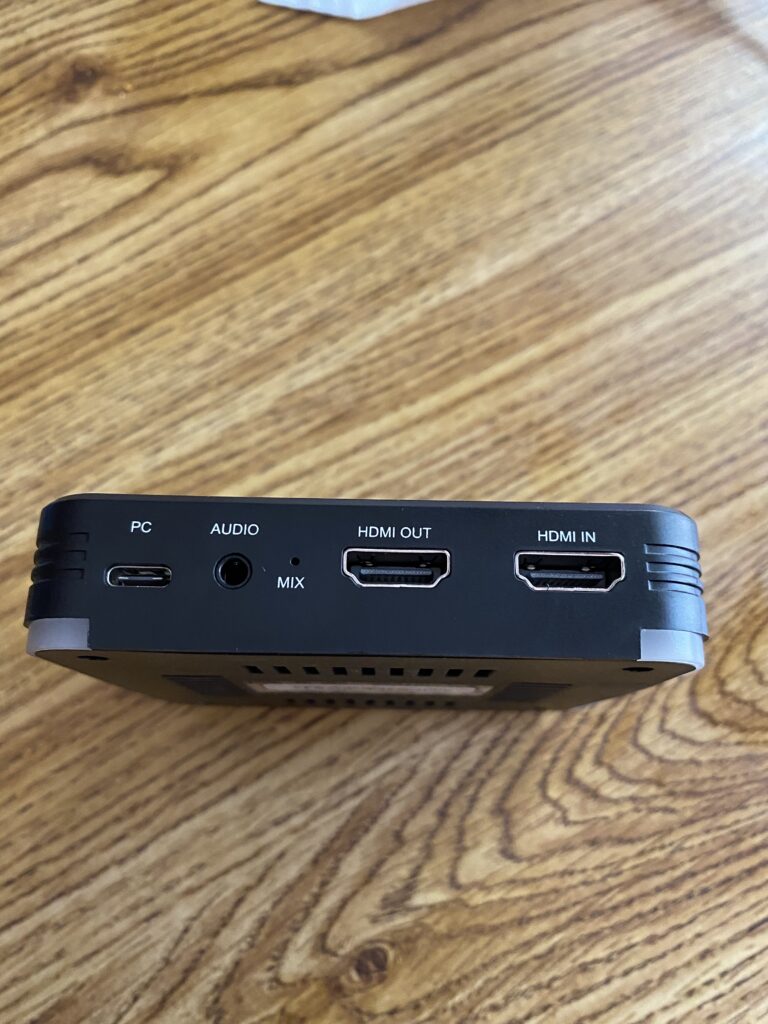 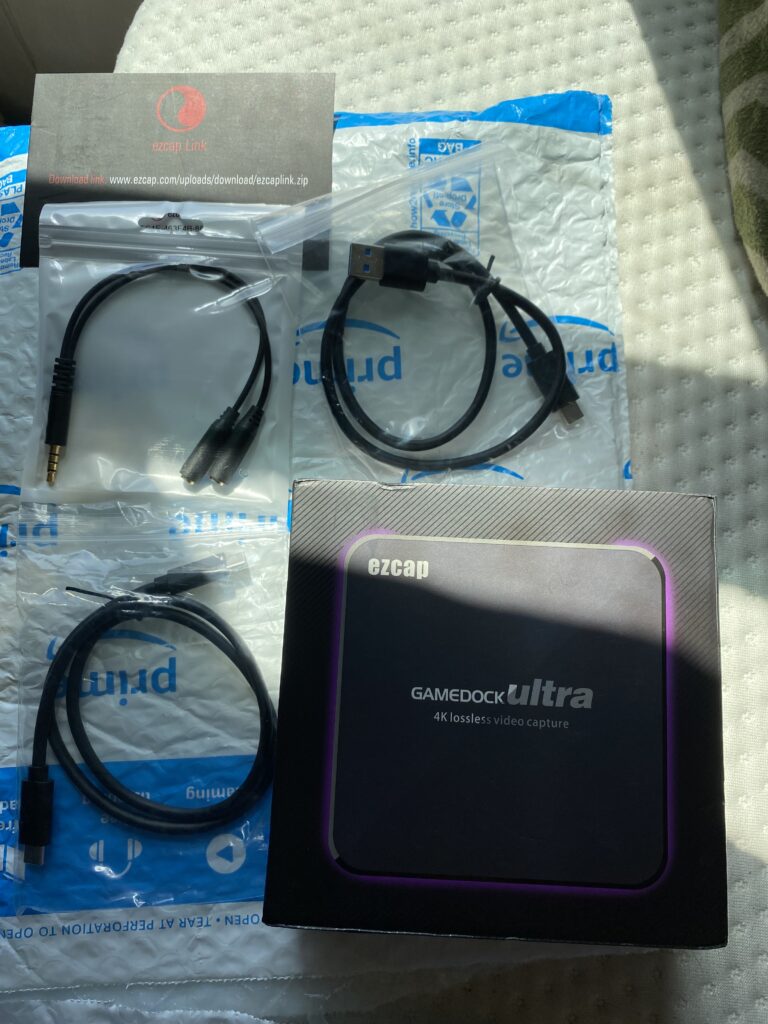 The GameDock Ultra is made of a plastic top housing screwed onto a plastic base. The housing feels like it’s made from a decent quality of plastic, but is prone to fingerprints and scratches. The durability of the card seems nice, in the process of testing the capture card for this review, I had dropped it a few times and it came out unscathed. The card is lightweight and relatively small, this makes it easy to bring it with you if you need to. The included cables fit snugly into the capture card, with little to no play in the connections. At the front and sides of the card where the top and bottom housing meet, there is a piece of opaque acrylic that has an LED light underneath for indicating the capture card’s current status.

The unit doesn’t run all too hot thanks to the coldplate integrated into the top housing. The ‘slits’ at the bottom of the card are not for airflow, as they are blocked off entirely on the inside, which makes for a very strange design choice.

The GameDock Ultra supports up to 4K capture at 30FPS, 1440p capture at 60FPS, and 1080p capture at 120hz, this covers a wide variety of resolutions and refresh rates and is very nice to see on a capture card that sells for under $100. For those looking to stream on Twitch, there are no capabilities past 1080p60 as of now, but those looking to share their videos on YouTube or other streaming platforms can benefit from the higher resolution capture. The unit supports 4K60, 1440p144, and 1080p240 passthrough through HDMI with no added latency. 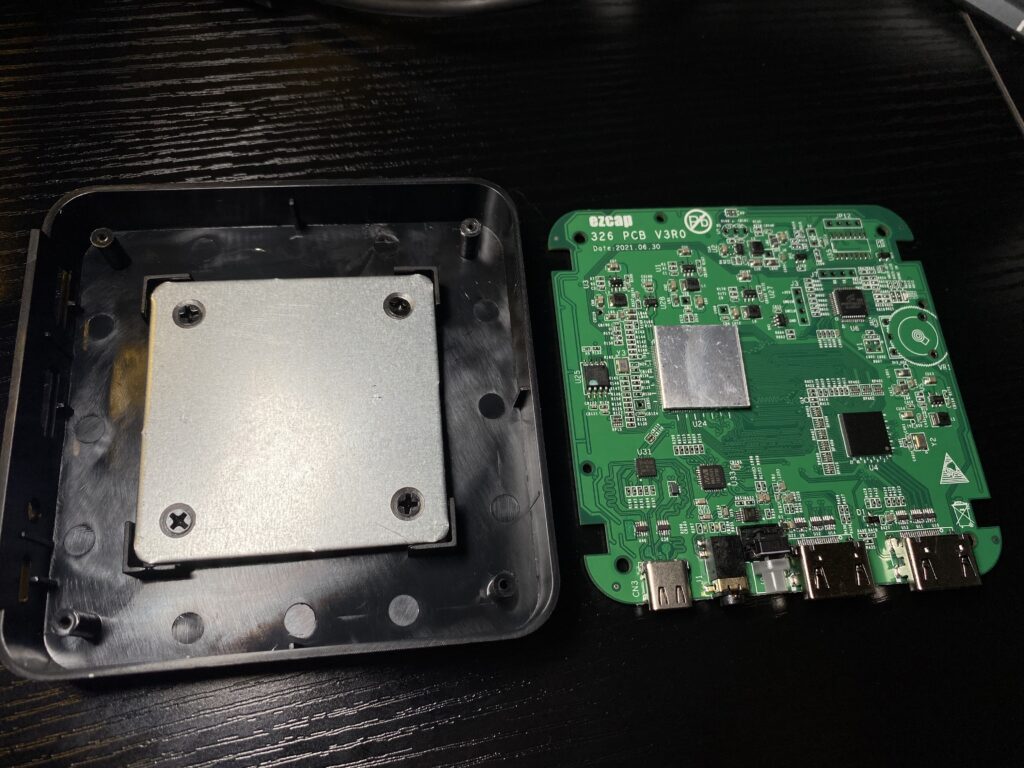 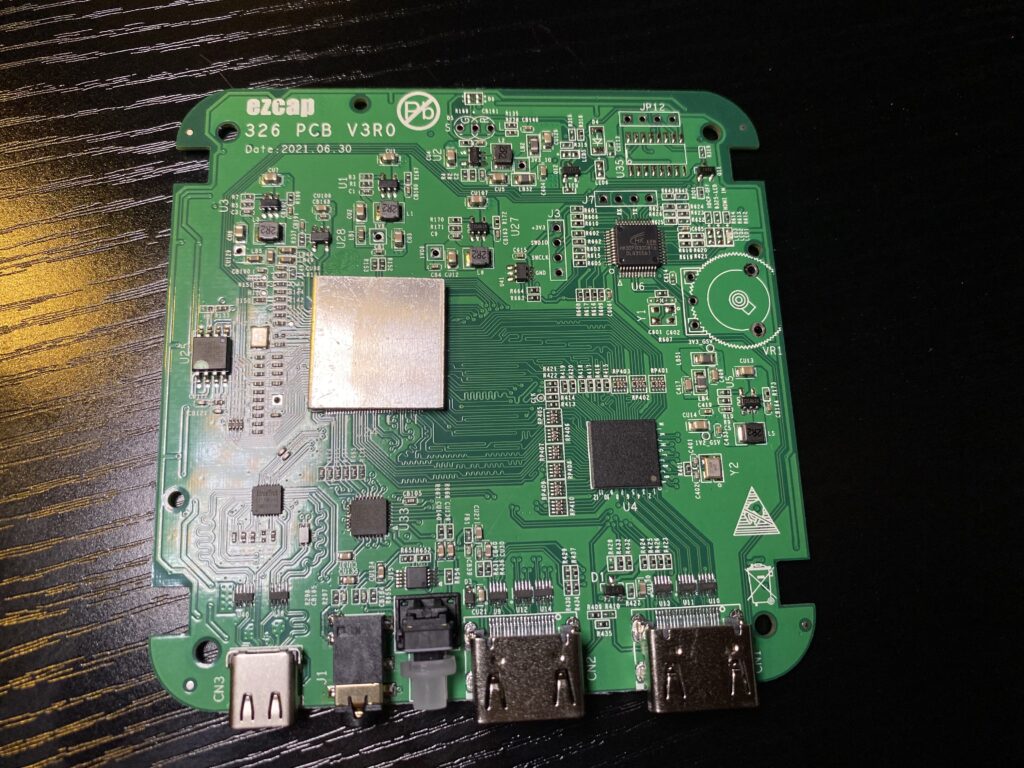 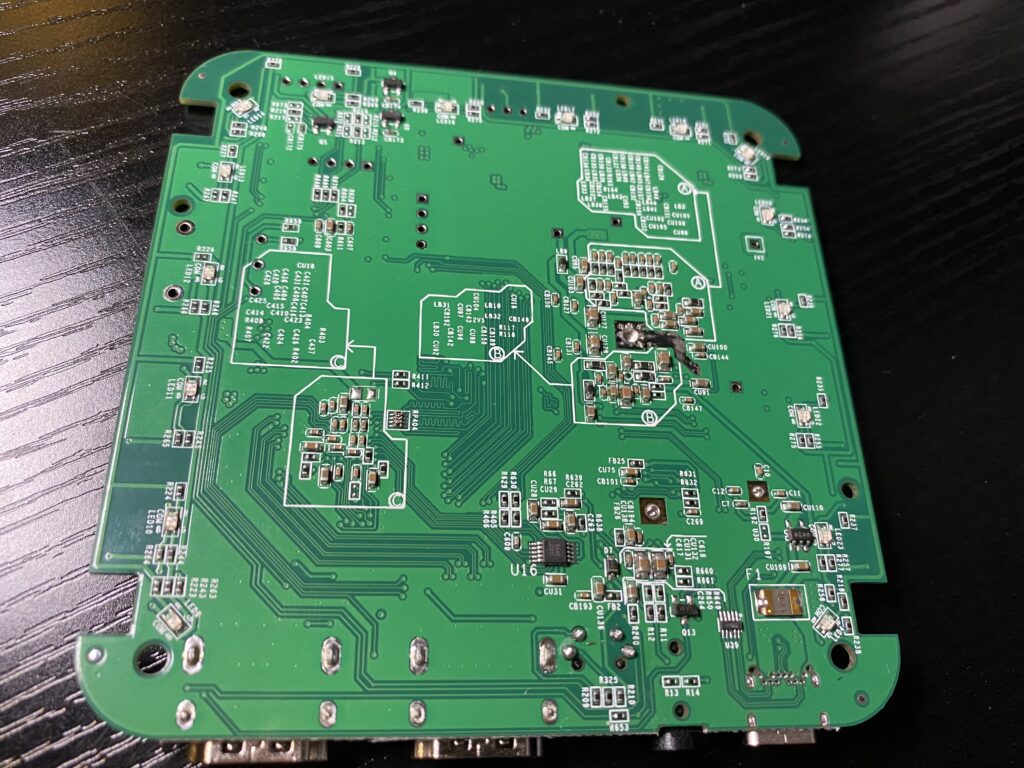 Interestingly enough, EZCap has made it very difficult for me to identify the IC used for recording. I tried identifying it physically, but the heatsink on the IC seems to be attached using more than just thermal conductive paste. Checking the IC through software just comes up with “EZCap USB 3.1”

Here is a picture of the internals of the Cam Link 4K. Interestingly enough, despite being the EZCap 331, the IC says “EZCap 321” on it 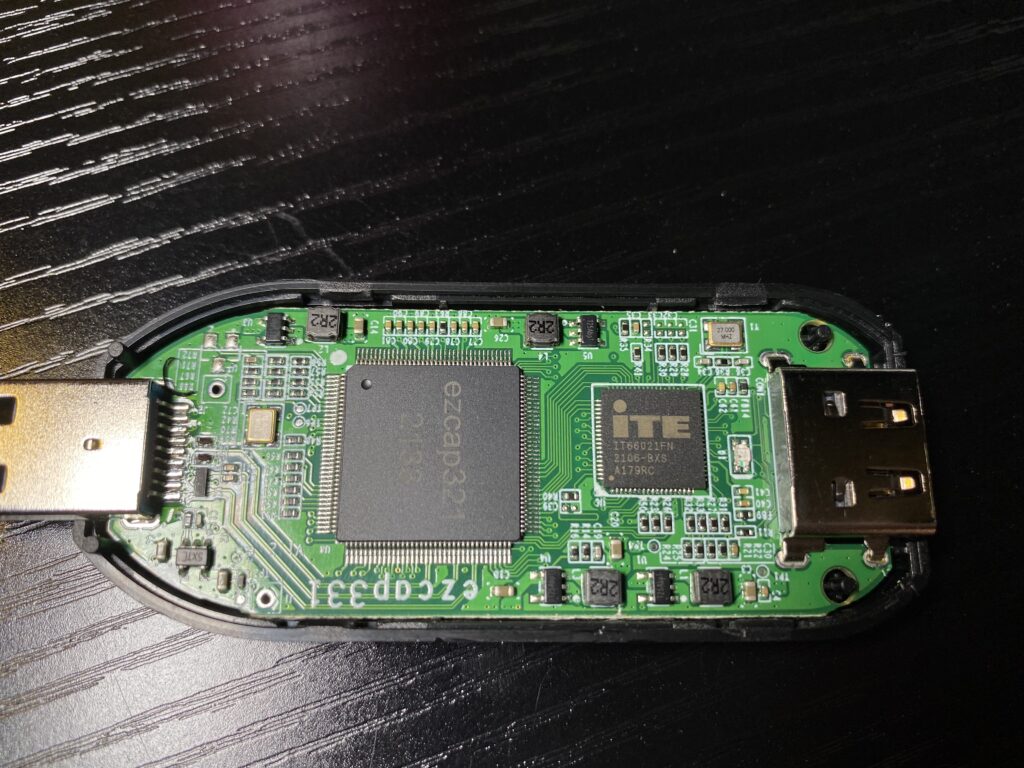 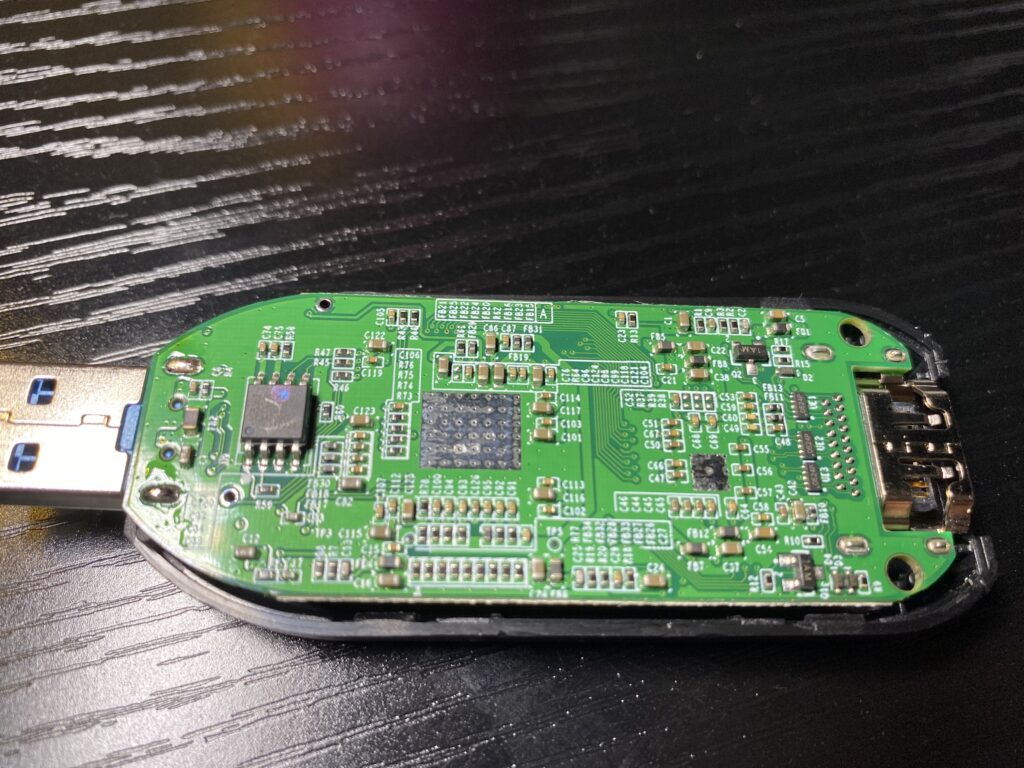 A friend bought a similar unit called the EZCap GameLink RAW, which boasts the same capabilities as the Cam Link 4K and GameDock Ultra in a different form factor similar to that of an Elgato HD60S. This unit also uses the EZCap 321 chip. 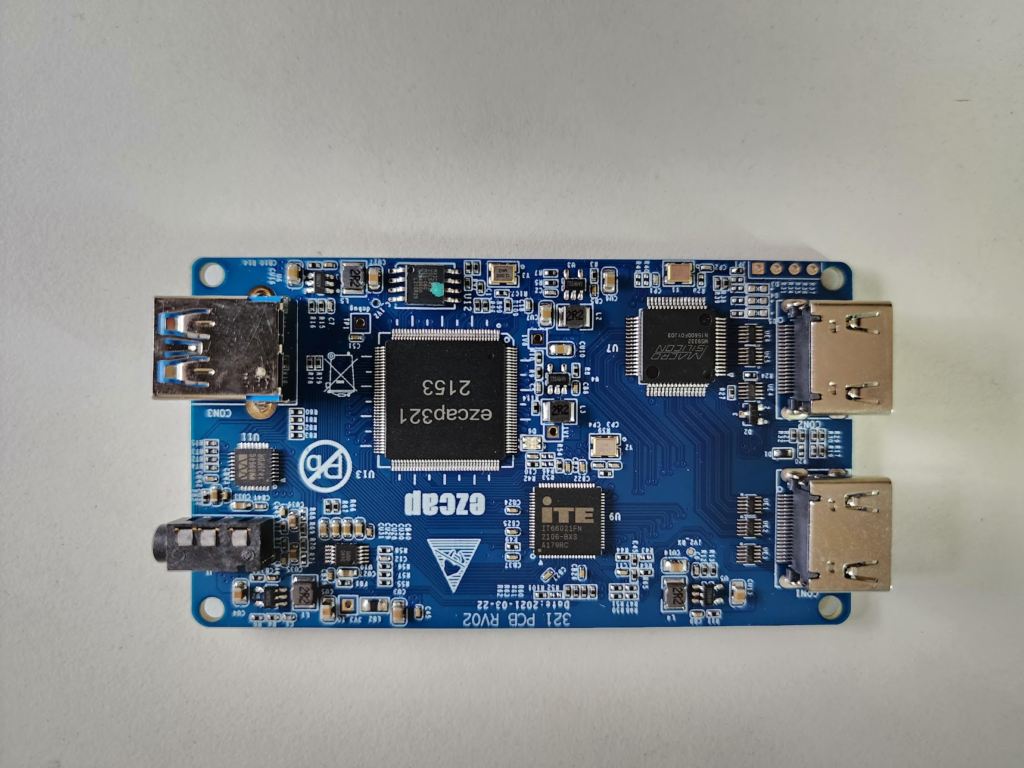 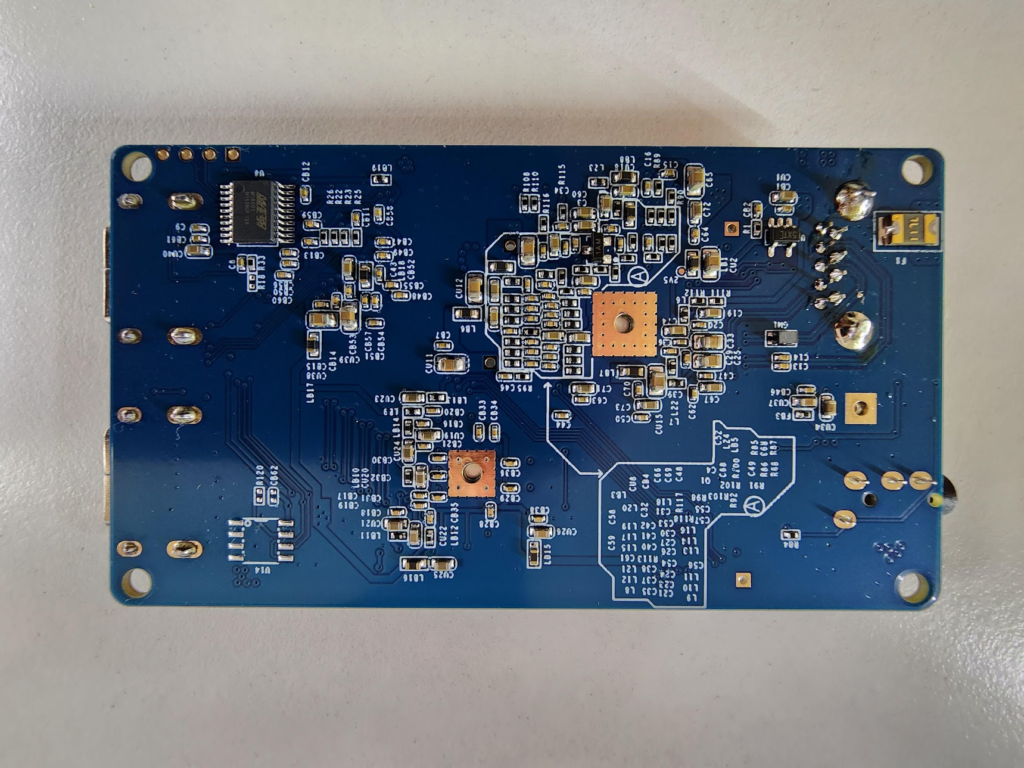 EZCap also has a PCIe capture card that claims to be capable of the same resolution set that these external cards are capable of, it’s safe to assume that performance will be the same as well, but further testing would be required.

The GameDock Ultra doesn’t have an official maximum bitrate, but 60000kbps worked no issues. The video quality is very nice, no compression artifacts, frame skipping, bitrate compression, or color compression artifacts were present. Video latency was phenomenal, there was so little latency that I ended up looking at OBS preview more than I did my passthrough display. Audio reproduction worked well, and there weren’t any audio compression artifacts present in my testing. Latency on passthrough was fantastic, I didn’t perceive any latency whatsoever, and using the maximum supported passthrough configurations did not end in any sort of slowdown.

The video was not 1:1 with how it was supposed to look like, there seems to have been some sort of processing to the signal which adds saturation and a slight bit of brightness to the image, while not a huge issue (it actually looks very nice in some cases,) it should be addressed. This can easily be changed in OBS by configuring video and lowering saturation by a very slight amount. Stock performance is still fantastic, it’s just disappointing to see that there is any sort of processing being done at all.

While the XR1 Lite is technically more color-accurate, the GameDock Ultra’s added saturation and brightness really does do some scenes justice. All images taken in 3840×1080 at 60FPS.

The GameDock Ultra is a UVC-compliant device. This means it doesn’t need any third-party drivers to work correctly and works right out of the box. It natively works on most software that support video inputs because of this.

Often times, the scaler built inside your capture card cannot handle low resolutions properly, especially those run through upscalers. While this may not be important to most people, it’s detrimental to those looking to capture footage of their retro game consoles.

Some capture cards like the Startech USB to HDMI capture card, Blackmagic Design Intensity Pro 4K, and the original Elgato Game Capture HD, have native support for analog connections and signals. But these are either pricey, no longer in production, or still suffer with low resolution capture. For those looking to capture 480p signals (whether that be native or upscaled), the GameDock Ultra has you covered. When connected to something like a RetroTink 2x or XRGB-Framemeister, the GameDock Ultra has little to no issues processing and capturing the output signal.

The GameDock Ultra performs phenomenally, especially for the price. But what about the aforementioned Cam Link 4K? How does that fare against the GameDock Ultra? Well… the exact same

Something strange I’ve noticed about EZCap’s 4K lineup is that all of the capture cards in the lineup that I have tested perform exactly the same, so exactly what are you paying for? The aesthetics, apparently. The EZCap 321 can be had for as little as $50 on Aliexpress and the Cam Link 4K can be had for as little as $38. When compared against the Cam Link 4K specifically, the value of the GameDock Ultra doesn’t seem so compelling. The Cam Link 4K’s lack of passthrough, is a big deal, especially to those who want absolutely zero latency, this requires you to buy an external HDMI splitter in order to get passthrough to work, this not only adds more points of failure, but adds more products needed to get a video signal out. If you can get a decent HDMI splitter for cheaper than the price difference between the two cards, I would definitely advise you to do so.

The direct competition in terms of specs would be the EVGA XR1 Pro, ASUS TUF CU4K30, Avermedia Live Gamer Ultra, and Avermedia’s Live Gamer Extreme 3. These cards come at a price much higher than that of even the GameDock Ultra, and do not perform at a level great enough to warrant the price gap. EZCap has managed to either produce (if they’re the original OEM) or rebrand a very capture card and manages to sell it at a price where there is practically zero competition.

Capture cards are becoming stagnant, there is not much more to improve on capture cards except for price of entry and resolution capabilities. EZCap has proved that it is possible to have affordable capture cards that can perform just as well as higher priced offerings. This price range was primarily dominated by capture cards that were not capable of doing much more than 1080p60 capture, this is a welcome change and I do hope to see more innovation soon.

As for the EZCap GameDock Ultra, Cam Link 4K, and EZCap GameLink RAW, they manage to have broken a barrier of higher resolution capture at the sub-$90 mark. EZCap has launched a group of capture cards that are what all proceeding capture cards should strive to be: performant, affordable, and reliable.

For an Aliexpress link to the cards (since they’re cheaper on Aliexpress), I have linked the GameDock Ultra, Cam Link 4K, and EZCap GameLink RAW respectively. 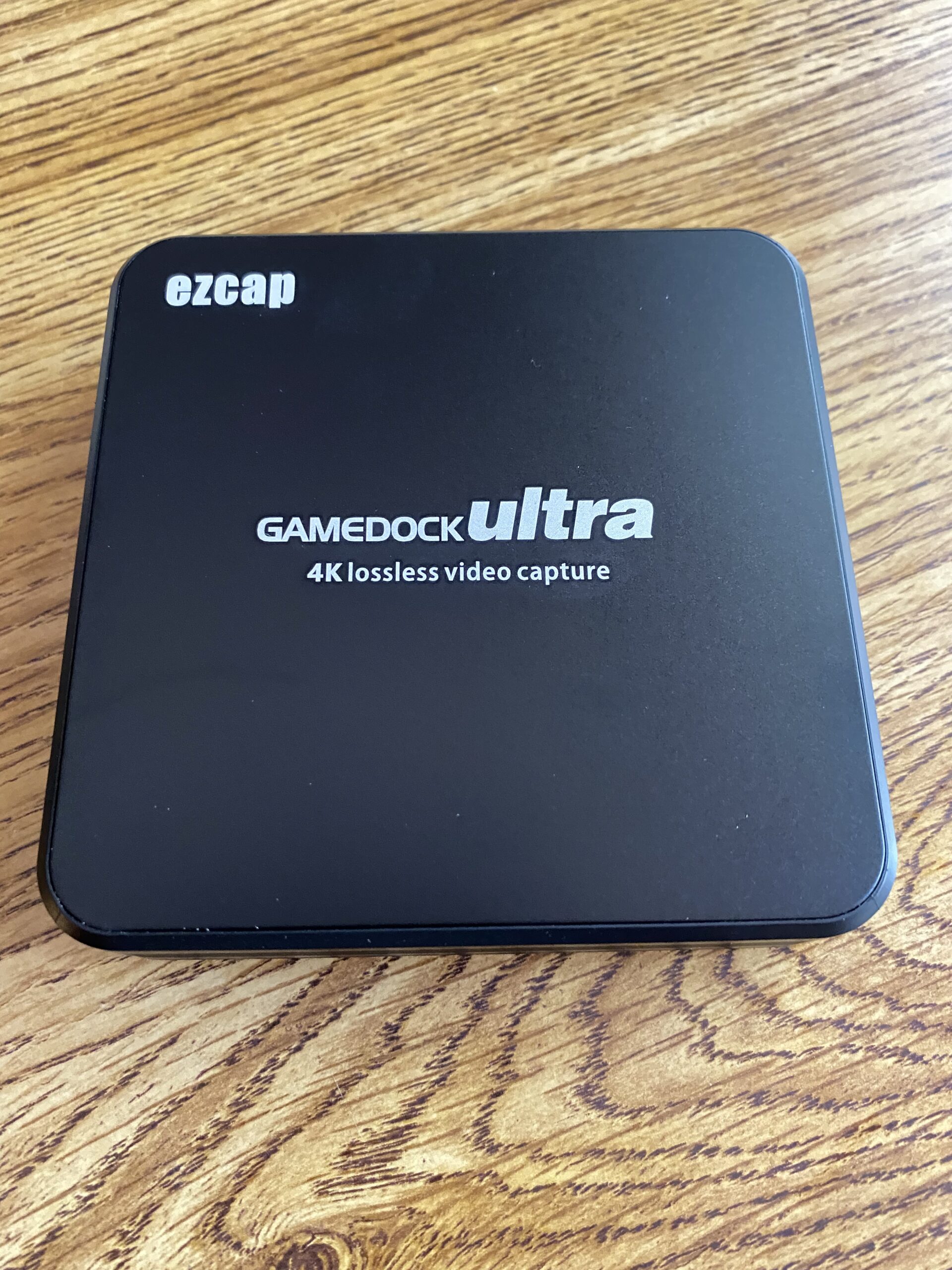