Today we’re looking at the 650W version of EVGA GT PSU. EVGA is not a newcomer to the PSU market, and some of their PSUs were very well received in the past, particularly Super Flower-made G2/P2/T2 series, although there are barely any reviews on most of their current lineup, and EVGA GT is not an exception. Hopefully this teardown would be informative enough for those of you who might consider buying this PSU.

The box was wrapped in the plastic film and had a tamper seal.

After opening the box i’ve been greeted with a fairly spartan bundle, yet with attention to details where it’s needed. In the box there’s a PSU itself, in a clear plastic bag and foam blocks, a manual, cables, installation screws, a ‘PSU tester’ and a few velcro straps. Cables came wrapped only by a single wire tie. A ‘PSU tester’ is a nice addition although it’s actually nothing more than a female 24-pin connector with the PS-ON and ground wires shorted out, which you can do manually with a paper clip. But bundled velcro stips for cable management are a nice touch.

Now the PSU itself. First thing we see is the sticker at the mains receptacle, warning the user about the zero-db mode at low loads. Otherwise, the PSU looks pretty standard for a modern fully-modular PSU other than for a unusually-looking fan grille. The PSU sides house stickers with PSU specifications and on the bottom of the PSU there are stickers with all sorts of serial numbers and barcodes.

Warning: We highly advice against opening the PSU unless you really know what you’re doing. The PSU has a high voltage capacitor inside with potentially lethal amount of energy stored in it. It can not only shock you but arrest your heart if discharged between your hands. If you really must do that, let the PSU sit unplugged from the mains for 24 hours minimum before opening it and wear electrically insulated gloves. If you just need to dust the PSU off it’s highly advised to do that without opening it, for example, with the help of an electrical duster.

Let’s crack this thing open. There are four screws behind the stickers at PSU sides which is a bummer because i had to peel them off and they didn’t take that well. There are also two (different) screws at the modular panel side, holding the modular PCB which you need to remove too if you want to get to the main PCB backside.

Input filtering on the AC receptacle :

Input filtering on the main PCB :

The OEM is HEC, and at a glance this looks like HEC TPK platform, also used in Cougar GX-F series PSUs (a review from Aris), but if we compare the components breakdown of this PSU with the reference platform (kindly provided by Jon ‘JonnyGURU’ Gerow) – there are more differences than similarities. Even if based on TPK – EVGA have opted for cheaper components and there are some other modifications. Notably, APFC and primary switchers are in TO-220F package, they’re cheaper and easier to work with because they don’t need to be insulated from a heatsink but they also conduct the heat to the heatsink worse which needs to be accounted for, especially since heatsinks of primary switchers are situated right next to the main transformer which would heat-up considerably during operation too. Hopefully HEC engineers had that in mind, configuring the fan curve. The boost diode is also weaker than on the reference platform but it looks like it’s a fairly high-end part anyway, so hopefully (I keep repeating that word) it can stand prolonged high load under low input voltage conditions. Considering that EVGA’s primary market is US it should probably be fine for US’s 120VAC but I would be wary using it with Japan’s 100VAC, if you plan to load it up routinely anyway. DC-DC modules use SBRs instead of FETs. Also, i couldn’t identify secondary switchers as they’re behind a screw-in heatsink, but I have a feeling that they’re SBRs too, not FETs. The main transformer also doesn’t connect to the secondary rectifiers through bus bars but instead through PCB, this mostly only affects efficiency and is cheaper, so no complains here.

On a plus side, all semiconductors are still from known and trusted brands, no borderline no-name stuff, and they seem to have high enough current ratings, at least on the ones I was able to identify. The PSU has a MOV (metal-oxide varistor) which is responsible for surge protection. It wouldn’t protect the PSU from a lightning strike but some protection from voltage surges in the mains is always a plus. The design uses a good supervisor IC, all necessary protections are present. The fan utilizes a ‘real’ FDB bearing, with grooves on the inner side of the sleeve, in contrast with rifle bearings we often see marketed as FDB/HDB which only have grooves on the outer side (looking at you Arctic). EVGA cites 100k MTBF @ 30°C for it which is good enough. Finally, the PSU design is based on a modern LLC resonant topology with DC-DC converters.

LLC resonant topology is not only good for efficiency but usually helps with ripple and transient response too, although we didn’t test that. LLC resonant designs also usually have very low to no amounts of coil whine due to intrinsic characteristic of this topology – zero-voltage switching, so the main transformer vibrates less due to voltage and current changes, and due to usually less ripple, secondary filtering components need to dissipate less electrical noise into acoustic one. And with DC-DC converters I’m sure, voltage regulation in crossload scenarios (high 12V, low minor rails, common for modern PCs) would be solid.

As of the OEM; HEC is a fairly known name, most of their designs are fairly budget oriented and this one is no exception, but I’m sure they have enough experience to ensure that this PSU would not have any major issues.

I’ve also briefly stress-tested the PSU with a fairly low-end PC (GTX1060 3GB, R5 5600X), so I was only able to load it up to only about 50% of it’s rated wattage. The PSU remained practically silent, only spinning the fan up to about 800-1000RPM intermittently, it didn’t emit any ticking noise when starting and stopping the fan and there was no coil whine.

Overall it’s a fairly decent, budget oriented PSU. Not something I’d go for with a high-end build in mind, but it’s should be good enough for lower end or budget oriented builds.

Although, I want to stress that there are currently absolutely no professional reviews on this series, so it’s hard to recommend it if there are more well known and reviewed alternatives in it’s price bracket (~90$). Like Super Flower Leadex III, Corsair RM and CX-F or Seasonic Focus GX/GM and it’s rebrands (Phanteks AMP, NZXT C, Antec EAG \ HCG Gold). You should not base your PSU choice solely based on the EVGA’s or any other brand recognition. Reviews are very important tool in assessing the product quality and performance, as proven numerous times, including issues with EVGA’s own G3 series back in the day and recent Gigabyte P-GM PSUs fiasco.

Update: There’s now a review from Aris Mpitzopoulos published at Hardware Busters YT channel and Tom’s Hardware, and although he reviewed a 750W model, the performance should be similar across 650-850W SKUs. Overall there are no significant problems with it and it can be recommended if priced on par or cheaper with the aforementioned alternatives. Note that EVGA GT 1000W is still unreviewed and is based on a different design, so the above warning still applies to it. 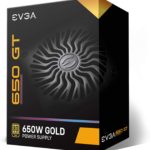