Next-Gen graphics cards could be seen with 16 pin PCIe power connectors, delivering up to 600W

Over the weekend, leaks of a Geforce RTX 3090 Ti have been hitting the social media shelves, but here comes an extra twist: It would utilise 16 pin power connectors.

That’s right, a recent article written about IgorsLab has detailed the arrival of a 16 pin known as “12VHPWR” and would work exclusively with PCIe 5.0 based graphics cards and wouldn’t be backward compatible. Current generation 8 pin connectors(or seen as 6+2) deliver up to 150W and it’s been observed on plenty of cards in the market. With power-hungry cards that experience heavy transient spikings such as Ampere and RDNA2, the emergence of a 16 pin would be revolutionary on one hand but raises concern over the power consumption of next-generation cards being pushed out by AMD and Nvidia on the high end. 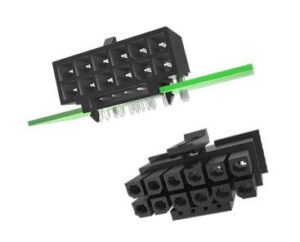 Current 8 pins act as a 6+2, with the +2 pins being used for sense circuitry to ensure safety. The new connector being announced defines each pin as being capable of up to 9.2 Amps sustained, translating to a total of 55.2 Amps(6 +12V wires) delivered at 12V, resulting in approximately 662 Watts. However, Igors states that the connector itself is limited to 600W. Technical drawings show that it doesn’t adhere to the existing MicroFit Molex Standards.

Nvidia was pushing their 12 pin PCIe power connectors on their Ampere founders edition cards, and it seems that this is just that but with an extra 4 pins for sense and data. Theoretically, Nvidia could allow this to be used for the upcoming 4000 series and plug FE connectors into this. A contact of ours on the other hand has stated that these would not be backward compatible with FE cards. (i.e. You can plug the 12 pins into a 12+4, but not the other way around).

On one hand, this would be an interesting way to push for higher power connectors, but it’s disappointing to see with recent releases from Nvidia and AMD making it seem that efficiency has gone on a downward spiral, as observed with the high power consumption and transient spiking reported by various media outlets. This would also be troubling for power supply manufacturers having to figure out the distribution of these new connectors to existing customers, and potential redesigns of their PSUs.

For those who want t 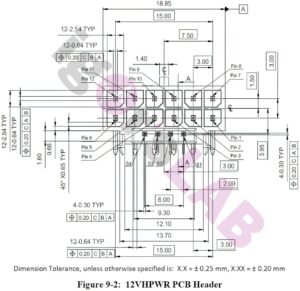 o see a confirmed listing, here is one by Amphenol ICC listing this precise specification connector.

Image taken courtesy of Igors Lab, you can access his article here