Ever since the days of FX, we haven’t seen a single consumer motherboard for Ryzen from Sapphire. After seeing a few embedded boards from them, some might’ve started to get their hopes up… and now the day has finally come. Sapphire announced their b550i Nitro+ motherboard, an ITX board in a similar metal look to the Nitro+ series of graphics cards. It’s vastly different from their last few boards, as the 990FX and X79 pure black were ATX boards with a staggering 6 full-size PCIe slots, something you rarely see even today. 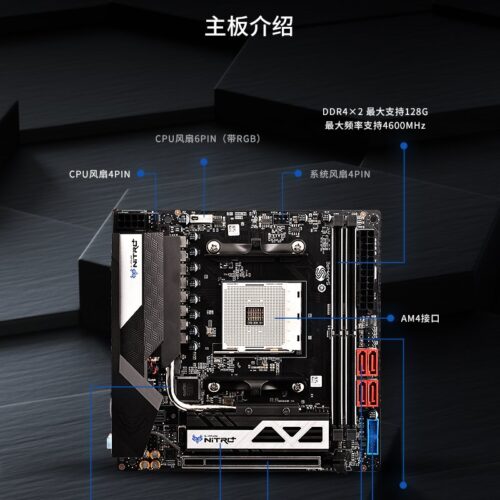 Here the board already shows us some of its features. A single PCIe slot is to be expected with ITX, just like the two RAM slots and 4 SATA ports. There are two M.2 slots on the board, a single USB 3.2 gen 1 header, two different RGB headers and two fan headers. 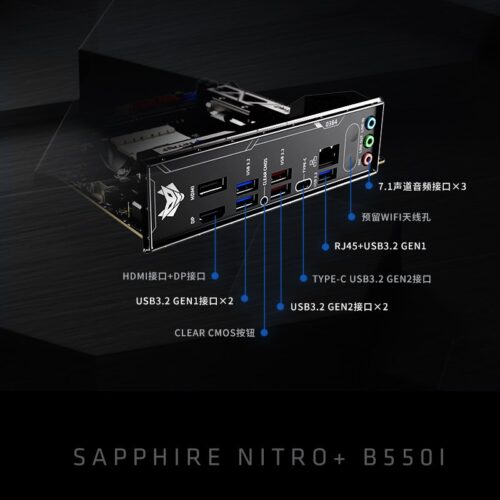 Featuring a total of 5 USB-A ports, of which two are gen 2 (10 gigabit), a clear CMOS button, three audio plugs, HDMI, Displayport, USB-C gen 2 and an ethernet plug, the I/O is overall balanced, especially given it’s an ITX board. Sapphire however doesn’t note what speed the ethernet plug is. 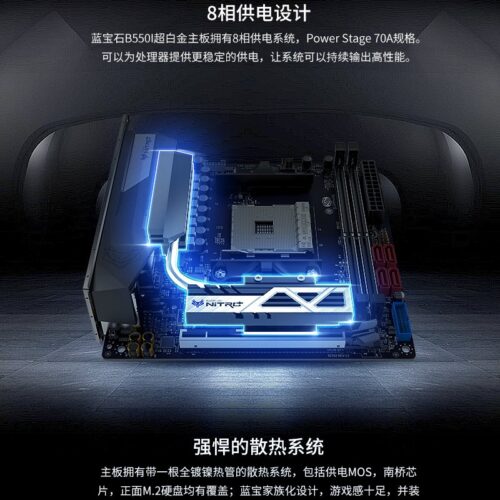 Sapphire notes this as an 8-phase 70a powerstage setup. We don’t know exact details of the configuration yet, but on paper this should be more than sufficient to supply any of the current Ryzen CPUs with power without issue. 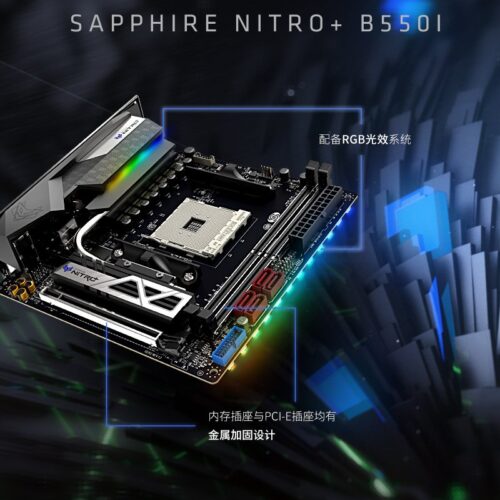 Yes, Sapphire jumped on this trend too after so many years. It has two areas of lights, one around the VRM heatsink and one on the right bottom of the board. 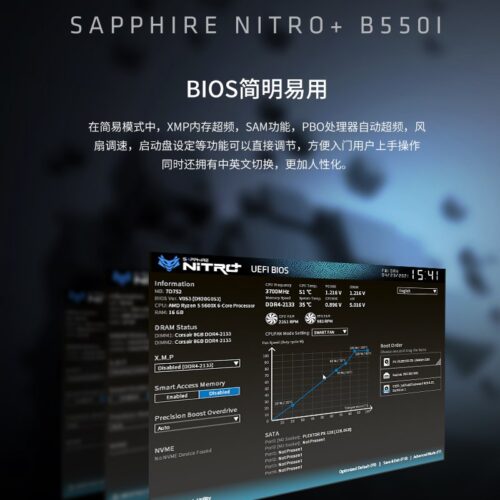 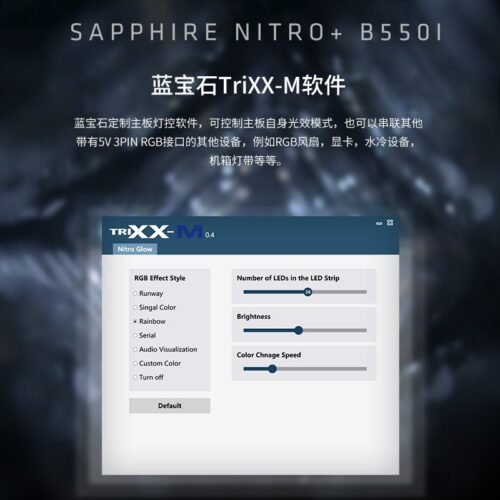 Sapphire also showed off a single screenshot of their new BIOS and the TriXX-M software, which is used to control the RGB headers. 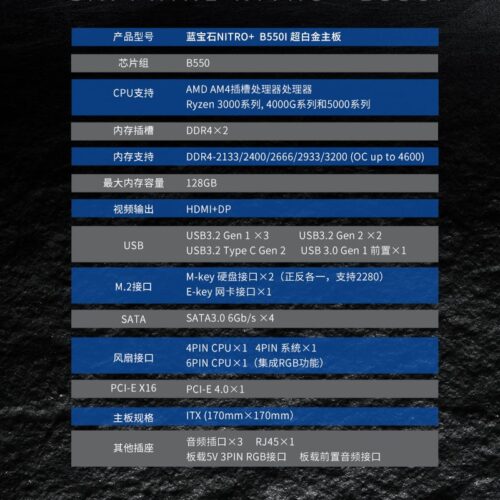