The History of the Model M

The IBM Model M, also called the IBM Enhanced Keyboard, first entered production in mid-1985 with the IBM 3161 terminal. Back then, most keyboards used the XT and AT layouts, which have a 60%-like alpha block, a numpad to the right, and 10 function keys on the left. This keyboard is what popularized 104-key ANSI, which is now the most common layout in the United States.

Over time the keyboard went through several revisions, known as generations to the community, which were mostly cheap-ifications to the existing versions of the Model M. The first Models M had a thick metal backplate, a tough plastic case, two part keycaps, and a thick coiled cable. Over time, the metal backplate got thinner, the majority of the keycaps were replaced with single part keycaps, and the cable got thinner and eventually dropped the coils. There were many other small changes to the Model M over time, but they are of lesser consequence to these three main changes.

Unicomp is now the producer of modern Models M. It was founded by a group of technicians from Lexmark, the last producer of official IBM Models M. Unicomp is producing new keyboards using the tooling for 4th generation Models M. They also produce their own designs based on buckling springs, such as their Spacesaver M. Recently they’ve even released their version of the IBM Space Saving Keyboard (SSK), a TKL version of the original M.

I have here a Unicomp Model M. I love typing on it. The key feel is amazing, the board looks fantastic, and because it’s a Unicomp M, it works over USB.

After dailying my FK-2001 for around a month, switching to this board was quite a difference. The key feel is remarkably different, the travel is slightly longer, and the build quality is miles better, despite still being mostly plastic. 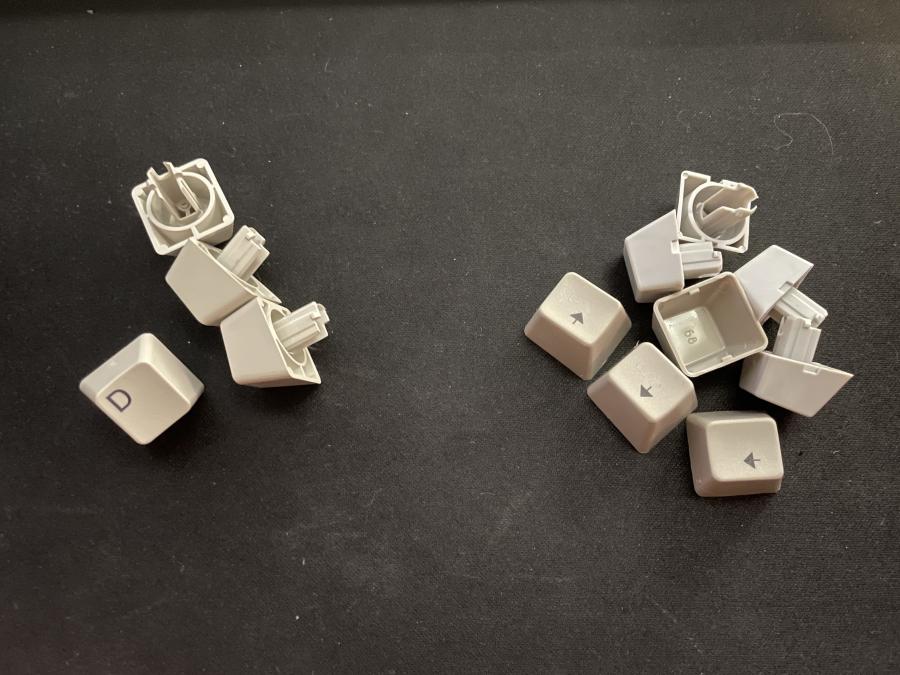 The keycaps are huge chunks of dye sublimed PBT except for the single unit grey caps, which are still two-part. While some of the legends are misprinted, they will never wear off. 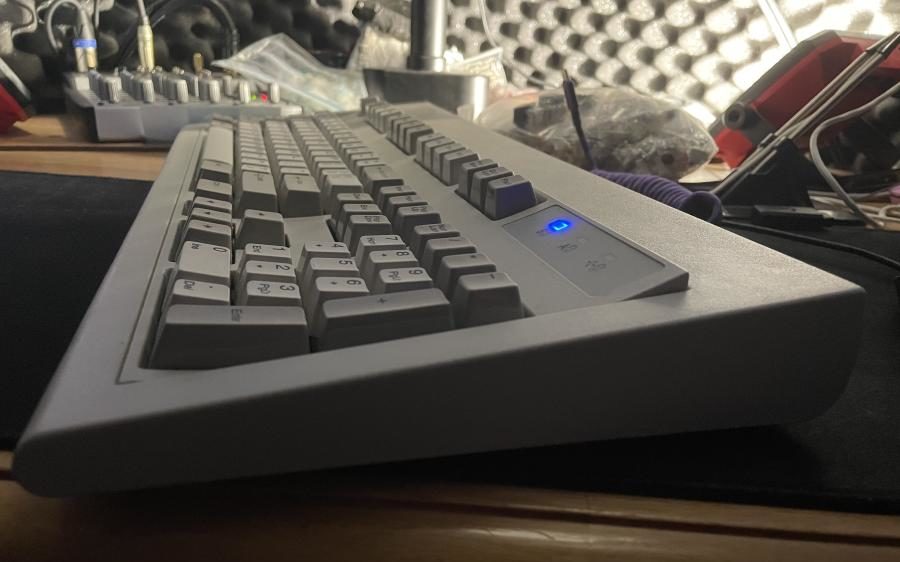 The case is thick, sturdy plastic, and there is very little flex. 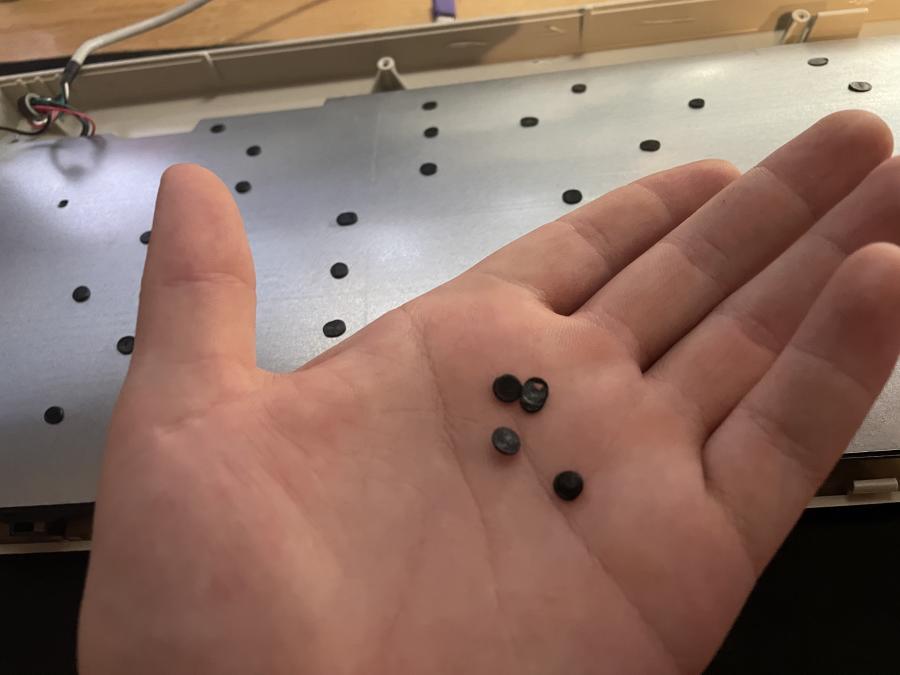 The switch assembly is pretty disappointing, the Model M uses super thin melted plastic rivets to hold it together. Some of these have already fallen off! I might bold mod it in the future to make it easier to service. 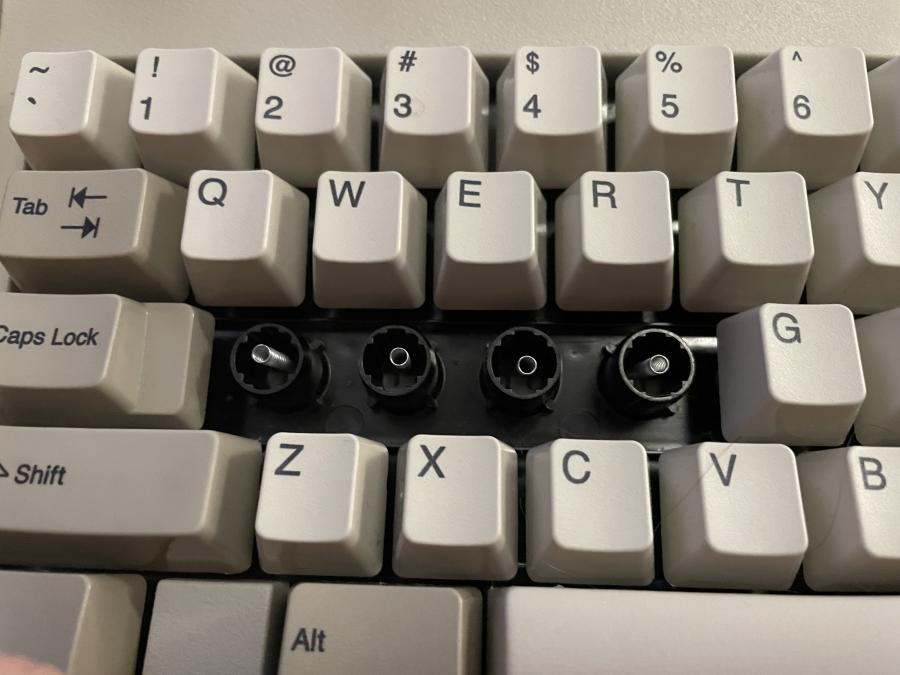 And here they are, the revered buckling springs. These babies are awesome, massive props to Unicomp for keeping production going.

These are awesome. While I personally prefer the immediate tactile event of switches like Holy Pandas and Alps tactile/clickies, I cannot deny these are amazing to type on. It took me a while to adjust from my Alps whites, but once I did my typing speed shot back up. My only complaint is my board isn’t completely uniform in terms of actuation distance. For example, the escape key and spacebar actuate much closer to the bottom of the travel than the rest of the switches, so I find myself having to hammer those keys a lot more.

The build quality of this board is better than any other non-custom board I own. There is still some flex, but nowhere near something like my FK-2001. The main complaint I have is the plastic rivets that hold the switch assembly together are very fragile. This can be fixed by bolt modding, but not everyone will want to go through that process.

The majority of Unicomp’s buckling spring boards cost around $100, the typical going price of a Model M on eBay. If it were up to me, I’d look for an older M, but if you want a fantastic keyboard and you don’t want to scour second-hand sites these are a very recommendable option. 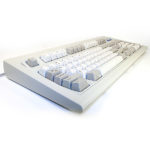