This year’s Cultists coverage of Apple WWDC, held today June 6, 2022, at Apple Park in Cupertino, California, has lots of exciting details and announcements regarding Apple’s own line of hardware and operating systems across the product line. You may watch the keynote replay here as well.

At this year’s WWDC, Apple revealed their upcoming version of iOS, iPadOS, and macOS to the public, in the form of iOS and iPadOS 16 along with macOS Ventura. They come with a slew of redesigns and improvements across the operating system user interface and enhance user experiences in key areas such as security and customizability. 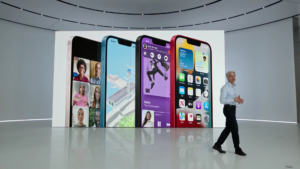 At the event, Craig Federighi, Apple’s senior vice president of software engineering revealed iOS 16, the new version of iOS set to be released this fall. The lock screen has been completely redesigned and features much more customization options compared to current versions of iOS. Users may now add widgets, check the temperature, and calendar, and use themes on their lock screen. A WidgetKit API will be provided for developers to develop third party widgets for the lock screen.

Many other iOS improvements have also been revealed at WWDC such as changes in notifications, Messages, etc. 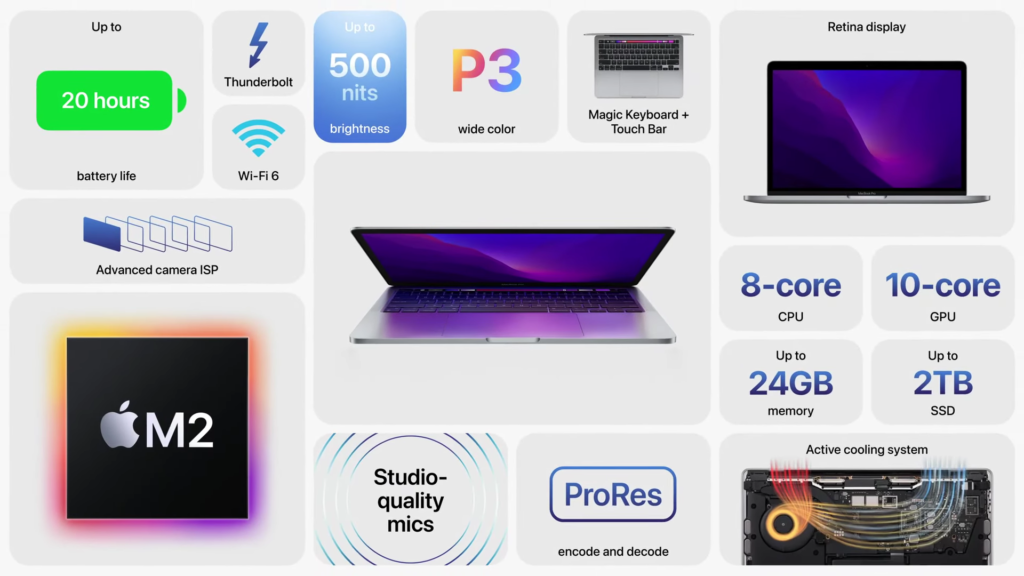 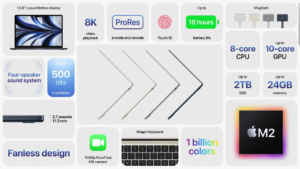 M2, the next iteration of Apple M series CPUs for the Macs, has been announced alongside two new products that will feature the new CPU: the previous 13-inch MacBook Pro and a redesigned MacBook Air. The CPU process node has been shrunk to TSMC’s 5nm node. Apple M2 contains 20 billion transistors, a 25 percent increase from M1, and has a new maximum of 24 GB unified memory capacity up from 16GB max with M1. It still retains the core count of 8 cores with 4 high performance and 4 efficiency cores. The GPU that is integrated with the CPU is now bumped up to 10 cores and the neural engine has been upgraded to handle 15.8 operations per second. The new M2 MacBook Air weighs 2.7 pounds (or 1.22Kg for those that live outside the United States), and features 2 USB-C/Thunderbolt ports, a display notch for the 1080p webcam, a 13.6-inch liquid retina display, 4 new color variants, and the return of the beloved MagSafe charging port. The 13″ MacBook Pro will also be getting the M2 chip, although other parts of the laptop have not been changed. Both laptops can be outfitted to have up to 24 gigabytes of unified memory and a 2 TB non-upgradable SSD. The Air will cost $1199 USD for the base model while the base Pro will cost $1299 USD. Apple will also continue selling the 2020 M1 MacBook Air for $999 USD. 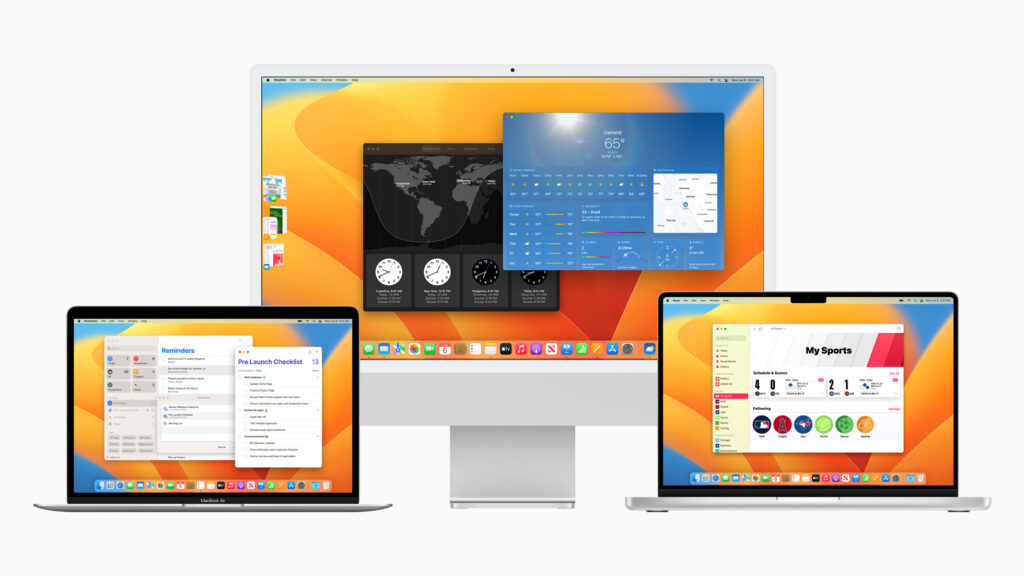 At this year’s WWDC, macOS was also revamped with the release of macOS Ventura. Users are now given the option to schedule and search for emails, group tabs in safari and share them, among other new features. One significant new part of macOS Ventura is Stage Manager, which is designed to help those who multitask frequently and lets users group windows focus on the current app, and more. Rather than just showing all the open windows like Mission Control, Stage Manager will give users more control over the apps they want to use with a sidebar that allows them to switch between apps seamlessly.

FSR and DLSS for Macs

Many have heard and probably used AMD’s Fidelity Super Resolution or Nvidia’s DLSS upscaling technologies. Apple unveiled their own version of this called MetalFX which will-just like the others-render game images at a lower resolution and upscale them to the preferred resolution.

For more coverage of other events such as Nvidia GTC and Computex, read more here!