Today is the day… exactly one year ago at midnight, we launched our site to the wide world. And on this beautiful Monday afternoon I decided to drag a granite table across the garden to take some pictures of a motherboard (box).

For those that aren’t quite familiar, this motherboard is a special edition of the regular Z690 Maximus Hero, themed after the anime “Neon Genesis Evangelion” that originally started in 1995 on Japanese broadcasting channel TV Tokyo. It still has the same feature set, but is visually very different from the regular version.

Of course, the whole box is themed in a classic ROG theme combined with some elements of the Evangelion series. On the back you can find a shiny “officially licensed” sticker and on the back is the entire feature set and contents of the box noted by Asus as usual.

After cutting open the seal, the box folds out, showing an ROG themed top with the motherboard packaged in plastic at the bottom. It gives the unboxing a premium experience, one you should expect when paying 650 USD for a motherboard. But of course, you all came for the next part… that shiny purple and green motherboard you can see down there. 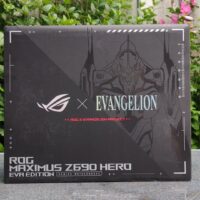 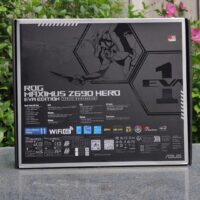 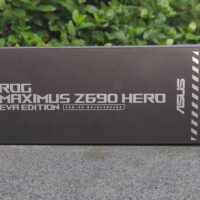 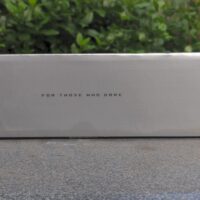 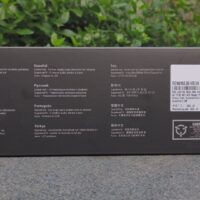 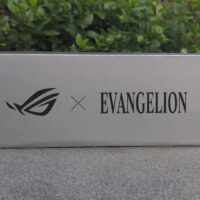 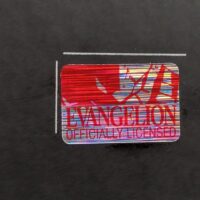 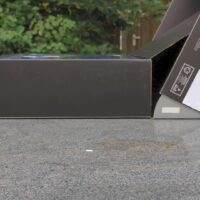 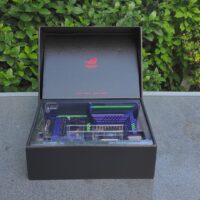 The most obvious difference between it and the beautiful purple and green look Asus gave it to theme along with the rest of their EVA line. On the VRM heatsink there’s also an LED display that when turned on will show an EVA themed image.

The motherboard itself is powered by a dual EPS 8-pin, a 24-pin ATX and 6-pin PCIe power. It has a total of three m.2 slots on board, with another two available via the included Hyper M.2 card. For the more old-school or mass storage people, there’s also 6 SATA connectors in between two USB 3.0 headers. It also has four DDR5 RAM slots, rated up to 6400 MT/s by Asus at the time of writing. The first two (reinforced) PCIe slots have a PCIe 5.0 link, while the bottom one uses PCIe 4.0.

On the I/O, we find two buttons. One is to start a BIOS flashback, the other is to clear the CMOS of the board. The rest of the I/O is pretty much what you expect of a high-end board these days. It has a single HDMI output, a total of six USB 3.2 gen 2 type A ports, dual Thunderbolt 4.0, a single USB 3.2 gen 2 type C, five 3.5mm jackplug audio outputs, a SPDIF out, a 2.5 gigabit powered by an Intel controller on the board and two antenna connectors for the integrated AX/wifi 6 controller.

Next to the 24-pin ATX connector you find two buttons. One is an on/off button, the other is a programmable button. It also has an on-board post code, making it easier to troubleshoot during overclocking or when testing the motherboard outside of the case.

The VRM used on the EVA is a parellel 10 phase design using Intersil ISL99390 (90a) for Vcore, and a single phase for VCCGT. All of it is controlled by a Renesas RAA229131 PWM controller. There are no doublers used in this design, something Asus has mostly stopped doing a few years ago with their Z390 Maximus boards. Overall, this is more capacity than the average user will ever need, but as a general trend with Z690, overkill VRMs are very visible on it. 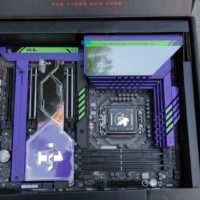 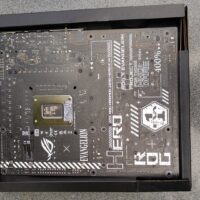 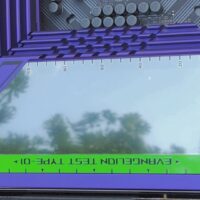 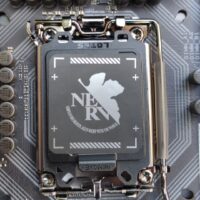 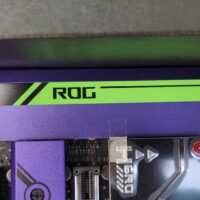 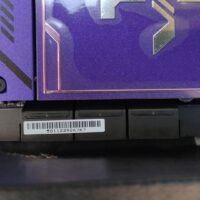 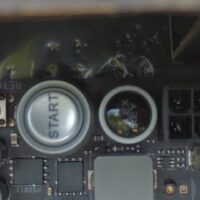 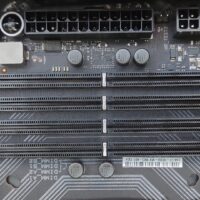 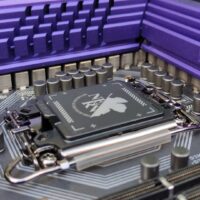 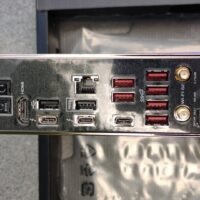 Below the motherboard, you find two separate sections with all the included accessoires. The first thing you’ll find is an ROG themed USB stick and a Hyper M.2, giving the motherboard another two m.2 slots next to the three already on the motherboard.

Next to that, the usual paperwork. You get an EVA themed introduction to the motherboard and Asus’s social media, as well as a set of stickers, a manual, safety information, a warranty information form and a motherboard layout card.

In the other section there’s a ton of plastic bags with spare screws, adapters, extensions, SATA cables, a small thermal pad, a GPU holder, a wifi antenna and god bless… something to plug those annoying front panel headers into before plugging it into the header on the motherboard. Pretty much everything you need to get started. 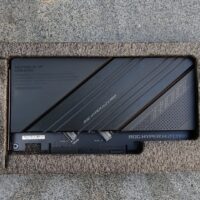 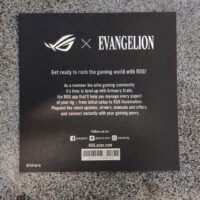 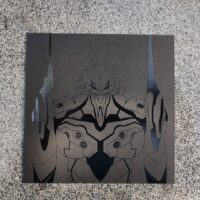 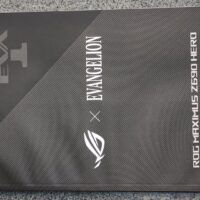 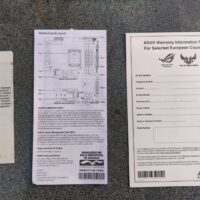 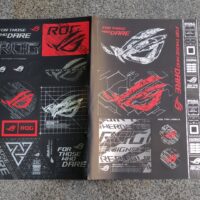 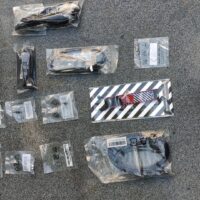