After dragging my granite table across my garden for the Z690 Maximus Hero EVA edition unboxing, I decided to drag it all the way back and take some pictures with the site’s most recent acquisition, a 3080 Strix in the same Evangelion theme.

To quickly circle back again, this GPU and the motherboard we unboxed before this are both based off the critically acclaimed Japanese anime “Neon Genesis Evangelion”, originally starting in 1995 on TV Tokyo.

Once again, we see a similar theme on the main box of the GPU, featuring both a familiar ROG theme combined with some EVA touches. Unlike the Z690 Hero however, it features a purple box with green and orange accents inside, containing the GPU itself. It’s a minor, but really nice touch.

Within the box, there’s also a smaller one containing the manual in the same color, but instead of Strix in orange and green, it has the Asus logo on it. 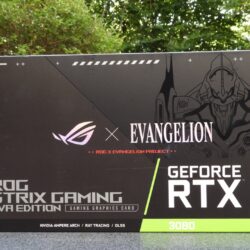 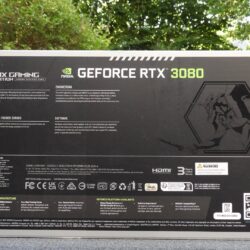 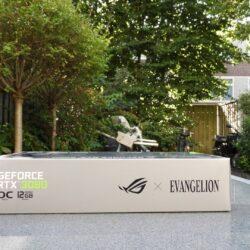 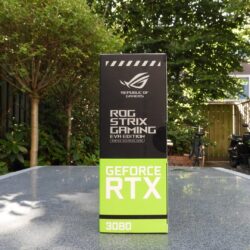 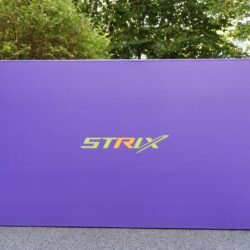 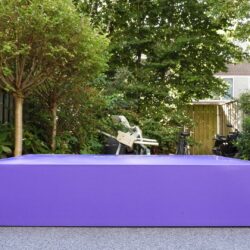 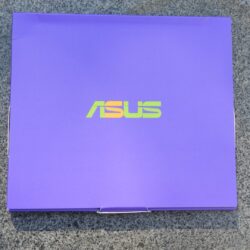 Here we see the same purple, green and orange theme back again. The 3080 EVA has an ROG and two Evangelion logos on the fan, with “ROG Strix” and “EVA-01” written on the front. The back shows a similar theme to the z690 hero’s display when turned on, combined with the usual Strix look. Honestly, the GPU looks even better in real life than it does on the pictures, with the purple aluminum giving it a premium look.

In total, it has 3x Displayport 1.4 and two HDMI 2.0 connectors, with a little bit of exhaust at the I/O. Asus chose to write “Stainless Steel 304” on the bracket, but this is likely more or less for marketing.

The card has a total of 3x PCIe 8-pin connectors, giving it a theoretical power limit of 525w including slot power. However, it’s unlikely to sustain this, and the PCIe spec is known to rate the connector for less than it can physically handle.

It was quite a hefty card to hold, but considering its 3-slot heatsink design, this shouldn’t be unexpected. 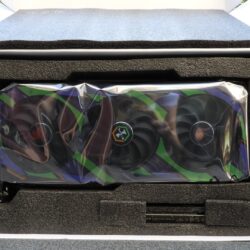 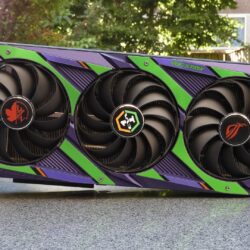 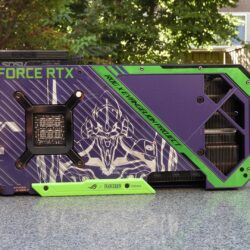 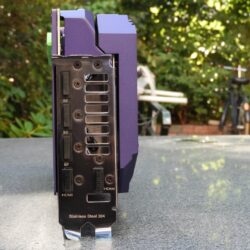 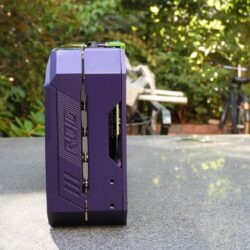 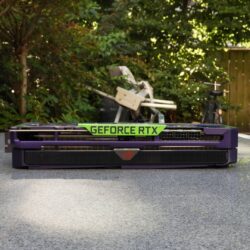 There’s a lot less to talk about here compared to the Z690 hero. It includes what looks to be some kind of keychain, as well as two purple Velcro straps to manage cables with.

Below the GPU in the smaller purple box we showed earlier is a manual, a thank you card, a warranty card and a small piece of acrylic. Sadly, this time the manual isn’t themed after Evangelion, while the motherboard was. 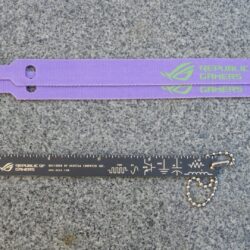 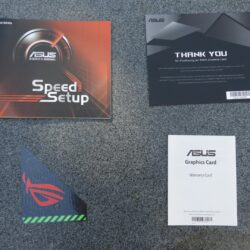