After Intel’s initial launch of their Alder Lake CPUs featuring the 12900K, 12700K and 12600K, Intel will soon be launching the non-K or “locked” SKUs of the 12th gen lineup. Following the trend of the last few generations of Intel CPUs, these non-K SKUs should have a lower TDP, slightly lower boost clock speeds and of course no manual overclocking allowed by the customer. However, with Alder Lake’s new hybrid architecture of performance + efficiency cores, leaks seem to indicate that some locked chips will have more differences than just the ones aforementioned. 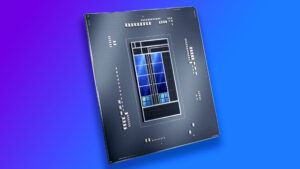 While the Core i9 12900 and Core i7 12700 should share the same core layout as their unlocked counterparts, the Core i5 12600, 12500 and 12400 are rumored to skip the efficiency cores entirely and instead only have 6 performance cores. This is supposedly due to the i5 locked CPUs using different silicon known as H0 instead of the larger C0 silicon used by the 12600K that has 6 performance cores along with 4 efficiency cores.

Along with i9, i7, and i5 SKUs, Intel will also release new Alder Lake products into the i3 lineup. These are rumored to use 4 performance cores with no efficiency cores while also having less L3 cache than higher end Alder Lake products. Similarly, Intel is also rumored to introduce new Alder Lake Pentiums and Celerons. If leaks are to be trusted, these chips will also only use performance cores with the Pentiums having 2 cores and 4 threads and the Celerons having 2 cores without hyperthreading.

Intel is rumored to introduce new stock coolers along with these new locked processors as well.